By Joseph Gibson on December 10, 2016 in Articles › Billionaire News

Earlier this year, it was reported that Wall Street billionaire David Rubenstein had pledged more than $18 million to renovate the Lincoln Memorial in Washington, DC. Now, he's back at it again, with a National Mall project that is arguably even more important, given the present state of the monument in question: The Washington Monument.

You might not be aware of this if you haven't visited Washington recently, but the Washington Monument has been closed to visitors since August due to damage stemming from the 2011 earthquake centered in nearby Virginia. Back in September, the National Park Service announced that it would have to be closed indefinitely until its elevator system could be satisfactorily repaired.  But now according to The Hill they've announced that the Washington Monument will be open for business in 2019, mostly thanks to financial assistance from Rubenstein. He's pledged to fund the repairs, which are estimated to be between $2 million and $3 million, himself, explaining why in a statement to the public:

"The monument has become a symbol of our country, and reminds everyone of the towering strengths of our first president. I am honored to help make this symbol safely accessible again to all Americans as soon as practicable." 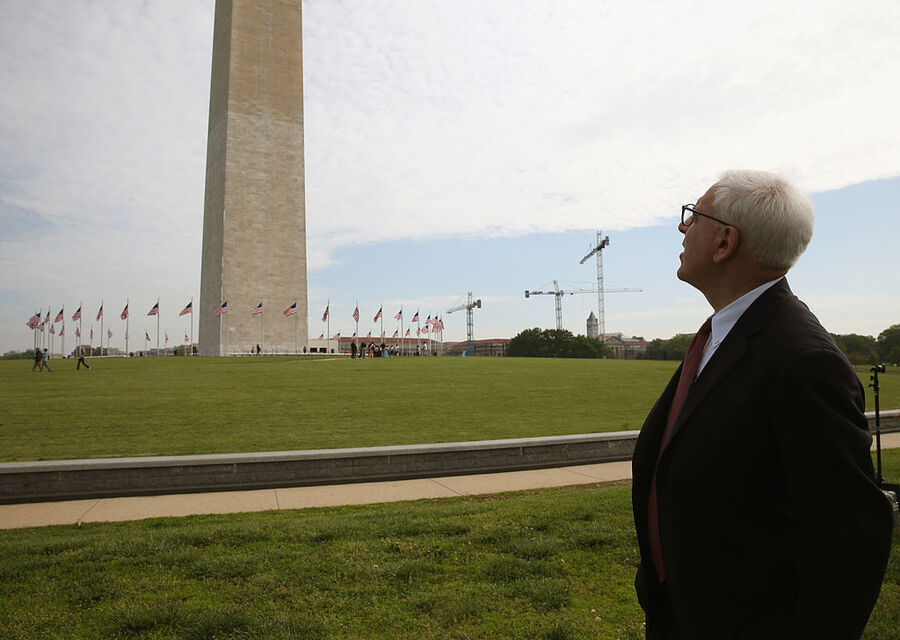 This is also not the first time Rubenstein has contributed to the Washington Monument – back in 2014, he matched federal funds to the tune of $7.5 million for repairs to the monument's structure from the same earthquake that eventually caused the elevator to be shuddered.

The Washington Monument is 555 feet tall and includes a visitor center and exhibit in a chamber up at the top. Once the repairs are completed, visitors will once again be able to see it – and it will be thanks, at least on the financial side, to David Rubenstein.