By Joseph Gibson on February 26, 2016 in Articles › Billionaire News

The Lincoln Memorial is perhaps the most iconic monument of American history located in Washington, DC, but unfortunately, it has seen better days. Minor damage from an earthquake in 2011 has still not been repaired, and extensive renovations have been called for by many. Fortunately, one of those "many" is actually putting forward some cash to make it happen: David Rubenstein, billionaire philanthropist, is contributing $18.5 million to not just fix and polish old Abe to make him shine like new, but also to install new educational areas underneath the memorial.

"Thanks to Mr. Rubenstein's gift, we will be able to make much needed restoration work at the Lincoln Memorial possible, including replacing the roof, restoring the murals inside the chamber of the memorial and vital repairs to the structure's masonry." 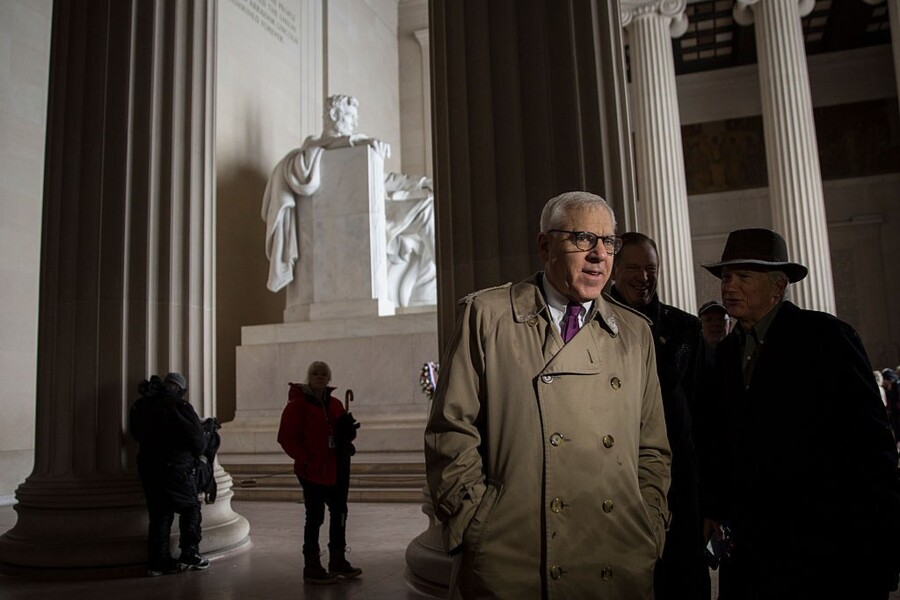 That excerpt leaves out the 15,000 square feet of educational space that will also be installed under the memorial, which will include classrooms and various exhibits related to Lincoln and the Lincoln Memorial itself. Most intriguingly, the renovations will allow members of the public to see graffiti that was left by the construction workers who built the Lincoln Memorial back in 1922, preserved but hidden ever since.

It's the largest contribution yet made by Rubenstein to the national parks, but not the first. In 2012, he made a contribution of $7.5 million to help repair another famous DC landmark, the Washington Monument, after that 2011 earthquake, and just last month, he contributed $10 million to the soon-to-open National Museum of African American History and Culture in DC. It's all part of Rubenstein's pattern of giving, and he can certainly afford to be this generous, with a net worth of $3 billion, a fortune made largely from having co-founded the controversial Carlyle Group, with help from his myriad political connections in Washington. But donations like this one, examples of what he has referred to in the past as "patriotic giving," are the opposite of controversial and have been made to causes almost anybody can get behind.

As for the renovation itself, the Park Service is kicking in a relatively measly $800,000 for the project, and the latest budget from the White House also includes a request for another $2.2 million to help bring it to completion. Hopefully, no one will sweat a measly $3 million when David Rubenstein donated $18.5 million all on his own.