In July, Santo submitted a 12-page document to the Hawaii Police Department accusing one of the most powerful men in hockey of offering her money for sex on a number of occasions. In November 2015, she was in Hawaii for a photo shoot. Katz was also on the trip. Santo claims that Katz told her he would pay her $20,000 every time she had sex with him. Santo said she politely declined. That rejection reportedly did not stop Katz. According to Santo, Katz enlisted his cousin, Michael Gelmon, in his ploy to get her in bed. The two allegedly harassed the Brazilian actress for months. 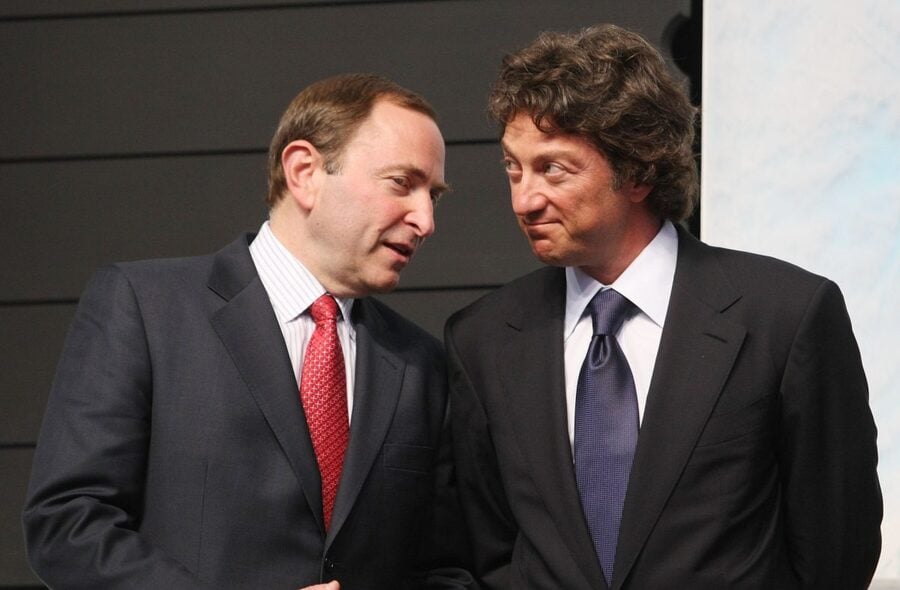 Santo, who is married, continued to decline the billionaire's advances.

Daryl Katz is a Canadian businessman with a net worth of $3.5 billion. He made his fortune as chairman and CEO of Canada's biggest drug store company, The Katz Group. He is also the owner of the mail order pharmacy, Meditrust Pharmacy, Inc., and, as mentioned the owner of the Edmonton Oilers. He is also married and has two teenage children.

Greice Santos is an actress and model who appeared in season one of the popular TV series "Jane the Virgin." She alleges that she was sent to Katz's suite at the Four Seasons hotel. That's where and when the alleged harassment began.

Santo filled out the police report in Los Angeles. Law enforcement officials in L.A. then faxed it to Hawaiian authorities. In the report, Santo explains that she was flown to Kona from Los Angeles and put up at the Four Seasons Resort Hualalai in November 2015 for a photo shoot for "Viva Glam" magazine.

"When I arrived at the Four Seasons I was put up in a luxury room overlooking the ocean". All travel and hotel expenses were paid for by the magazine according to Santo. On her first night in Hawaii, Santo met Katz and his cousin, who are business partners with "Viva Glam" CEO Katarina Van Derham.

Katz and Gelmon spent the next couple of days talking about how they could help her career. They told her about Katz' Hollywood connections and how close he is to Joel Silver of Silver Pictures. Gelmon repeatedly told her how rich and powerful his cousin is.

In the police report, Santo wrote:

"Katz said he could put me in a big role that would change my life and then switched the conversation and said he'd rather give me money."

She claims that Katz said: "I'm talking about millions. This would help your family and help you so you won't struggle." Santo asked what he expected in exchange and he allegedly told her: "I'm looking for companionship and sex."

Santo turned him down and walked out.

After that, Michael Gelmon initiated more meetings to discuss Santo's career. He assured her that his cousin would not make any more sexual advances. However, that isn't how it played out.

Gelmon reportedly told her that there were many super models who wanted to sleep with his cousin, but Katz preferred her.

Eventually, she agreed to another meeting with Katz at the Peninsula Hotel in Beverly Hills after receiving multiple apologizes from Gelmon. She wanted to discuss her career and only her career. Katz flew in to Los Angeles from London on his private jet specifically to meet with Santo. The actress claims that Katz paid her $20,000 via wire transfer to attend the meeting. As she was texting her bank information to Gelmon, Katz texted her:

"This is your fairy godfather."

She still believed the meeting was going to be a productive one about her acting career. After 30 minutes, Katz once again allegedly propositioned her. She walked out.

In January 2016, Katz set up another meeting. That was when he allegedly offered Santos $20,000 a day for sex. He wanted them to hook up six times a month for an annual sum of $1.44 million.

She claims to have told him, "I'm not a prostitute."

Katz allegedly replied to this by telling her: "If I were you I'd just take the money."

Santo told "Viva Glam" boss Katarina Van Derham what had been going on with Katz. She allegedly told Santo "It's no big deal, he's like that, he told me he was going to have sex with you no matter what."  "He can really help your career or if you cross him, he could destroy your career and your life," Van Derham told her. Van Derham then told Santo not to send texts like that to her again.

Gelmon requested a fifth meeting between Santo and Katz and wired the actress $15,000 to attend. Santo decided not to go to that meeting.

Then in January 2016, Katz texted her and invited her to meet him after an event he was attending at the home of Leonardo DiCaprio. When she asked why she couldn't go with him – after all, he claimed to want to help her career and what could help more than being at an A-list Hollywood party – he said: "You were not invited."

Soon after, Gelmon allegedly called Santo and told her that they will make sure she never works in Hollywood again. When Santo asked Gelmon why he was threatening her, she said he told her that he was trying to help her.

The documents filed by Santo were made public as part of a lawsuit filed by her husband R.J. Cipriani against Glenn Bunting. Cipriani claims the crisis consulting firm hired by Katz has been on a mission to sully his reputation in order to protect Katz. Bunting is president of the crisis communications firm G.F. Bunting & Co.

Cipriani is suing Bunting for causing irreparable damage to his reputation when he killed a story Cipriani gave the "New York Post." He claims Bunting did this to help Katz. The story was about his wife's issues with Katz and included some of the details of the police report she filed in Hawaii.