Robert F. Smith and his wife Hope Dworaczyk aren't just billionaires. They are also two of the most open and kind philanthropists in the world. Every year, during the Thanksgiving and Christmas holidays, the couple invites 30 former foster children to their ranch in Colorado to spend the holidays with their family. This tradition got started due to Smith remembering a kid he met while attending Cornell University, who was a classmate and former foster kid looking for a place to stay on campus during the winter break. She had 'aged out' of the foster care system and had no home or family to return to. The fact that she was intelligent enough to be a Cornell student but had no one to look out for her or anywhere to go during school holidays really made an impact on him.

This led Smith to become a person very sensitive to the issues people who can be marginalized face. To address this he put together a philanthropy that focuses on diversity and equal opportunity. Smith is devoted to creating opportunities for those in need, but particularly African Americans and women.

Smith is also the first African American to join the Giving Pledge and commit to donating at least half of his net worth to charitable causes during his lifetime.

Smith is also the chairman of Carnegie Hall. He is also chairman of the Robert F. Kennedy Human Rights foundation, where he helps people who cannot afford bail before their trials.  Smith also stands up in the face of racism and sexism African Americans and women are subjected to. 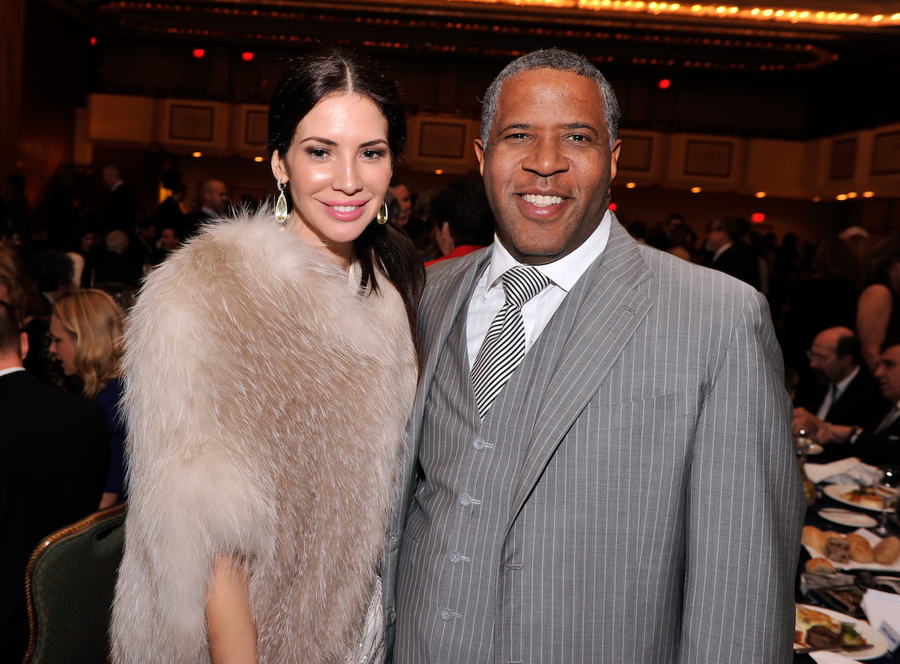 Smith is the 55-year-old founder of the private equity firm, Vista Equity Partners. Vista deals in the not-so-sexy category of enterprise software, which might be why he's flown largely under the radar. In 2000, Smith launched Vista Equity Partners and in the 18 years since then, Vista has grown to nearly $31 billion in assets and generated insane returns for its investors. Vista has delivered a whopping 31 percent average annual rate of return to its investors since 2000. His net worth of $4.4 billion makes him the wealthiest African American in the United States.

Smith donated $20 million to the National Museum of African American History and Culture, and he is paying education of 24 girls from the Chibok community, including the 21 who escaped from captivity by Nigeria's militant Islamist group, the Boko Haram. Smith also made a personal donation alongside the Fund II Foundation of $50 million to his alma mater, Cornell University's School of Engineering. The school will be renamed the Robert Frederick Smith School of Chemical and Biomolecular Engineering at Cornell. Smith's donation will also fund the Robert Frederick Smith Tech Scholars Program which will provide financial aid for minority and female students.

In addition to all of this, he bought a ranch in Lincoln Hills, Colorado, where his family vacationed when he was young. It was one of the first resorts that allowed African Americans. Smith bought it, renovated and refurbished it, and then developed a summer program there that services 5,000 kids from the inner city. He also has a program for wounded veterans at the ranch where he shares his love of fly fishing buy using ramps and tractors to help the veterans into the river. He has a similar program for quadriplegics at the ranch that uses blow tubes to help them fish.

Many people measure success by career milestones and net worth. A man like Robert F. Smith sets the bar much higher. His success has enabled him to provide a better life for countless other people.