By Joseph Gibson on February 18, 2016 in Articles › Billionaire News

As an unforgettable symbol of man's hubris in the face of the elements, it makes sense that the doomed ship Titanic would hold the imagination of a billionaire like Clive Palmer. One of his pet projects is to create a real-life Jurassic Park dinosaur amusement park, but the one that concerns us here is his slightly less outrageous dream to create a full-scale replica of the Titanic, inviting as many brave passengers as possible to take it on a modern-day voyage that will hopefully not end in infamous tragedy. Originally, Palmer's Titanic II was supposed to set sail this year, but now the ship has a new projected launch in 2018 instead.

The delay comes after speculation by many that Titanic II was never going to happen at all, and there are still a lot of skeptics out there who say that such a massive and potentially commercially disastrous undertaking will still never actually be completed. But Palmer, along with his Blue Star Line company, are still insistent that the ship will be completed and that it will sail, albeit not along the original Titanic's infamous route from the UK to New York City, traveling instead from Jiangsu, China into Dubai. 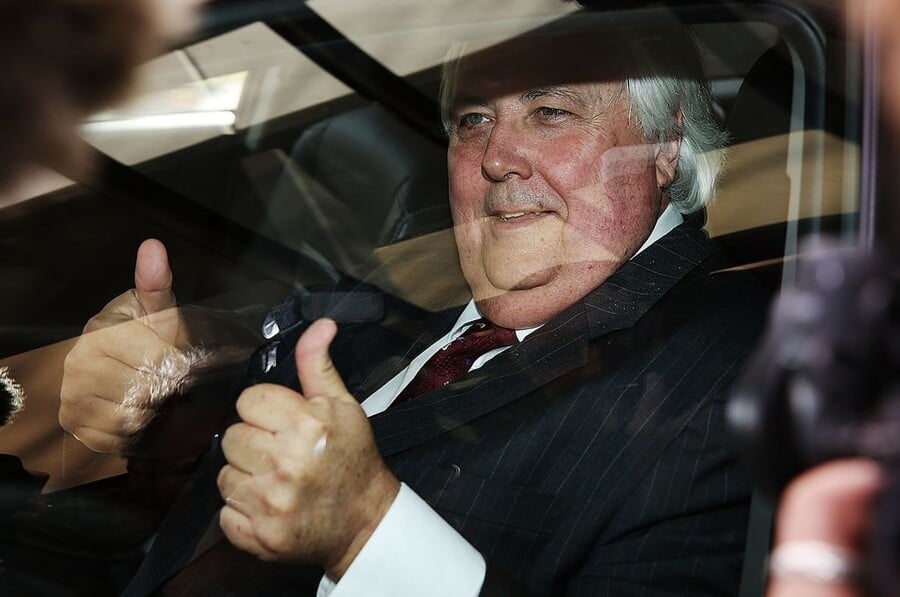 Blue Star's global marketing director James McDonald has also been quoted in the Belfast Telegraph story on the delay of the Titanic II about the cosmetically-negligible-but-still-significant differences between the Titanic and its belated sequel: "The new Titanic will of course have modern evacuation procedures, satellite controls, digital navigation and radar systems and all those things you'd expect on a 21st century ship." Other upgrades will include an additional four meters of width due to maritime safety laws, and a welded hull as opposed to the original's riveted one, and they're all being implemented with the goal of making sure that the Titanic II doesn't end up being the second-most famous shipwreck of all time.

One thing that Palmer doesn't have to worry about is finding passengers, as his Blue Star Line has reportedly been inundated with interested parties, some of them offering almost a million dollars for a spot on the Titanic II's first trip. Whether or not they actually get to do it remains to be seen, but they do have at least another two more years to wait.