Inherited her fortune at the age of 12.

Doris Duke was the daughter of tobacco tycoon, James "Buck" Buchanan. Buck died in 1925, about one month before Doris' 13th birthday. Buck left his fortune to Doris and his widow. Doris' share was $100 million  at the time ($1.56 billion today) and dispersed in increments on her 21st, 25th, and 30th birthdays.

When she passed away at 80 in 1993, much of her fortune was left to charity including AIDS research and child welfare. She had no living biological children. Interestingly, several years before her death, Doris adopted a 35-year-old woman, believing she was the reincarnation of her late daughter Arden who only lived for 24 hours decades earlier. She married twice – to gold-digging social climber, James Cromwell from 1935 to 1943 and philandering playboy, Porfirio Rubirosa from 1947 to 1951.

Inherited her fortune at the age of 11.

Allegra Versace was born on June 30, 1986, to Donatella Versace and ex-model Paul Beck. She grew up in Milan – a smart, shy, and serious little girl. She was the apple of her uncle Gianni Versace's eye.

After his death in 1997, 11-year-old Allegra inherited 50% of the fashion house bearing her uncle's name. The money was held in a trust for her until her 18th birthday. Allegra spent time at both Brown University and UCLA, where she studied French, art history, and theatre.

Allegra has always been media-shy, avoids the limelight, and lives a quiet life, rarely giving interviews. On the other hand, a life spent as the heiress to the Versace fortune has taken its toll on the young Allegra. In 2007, when she was 20-years old, Allegra underwent treatment for the anorexia she had been battling for years. Currently, Allegra Versace sits on the Board of Directors of Gianni Versace S.p.A. and divides her time between her mother's home in Milan, the SoHo home of her cousin Antonio in New York City, and a house in Los Angeles. 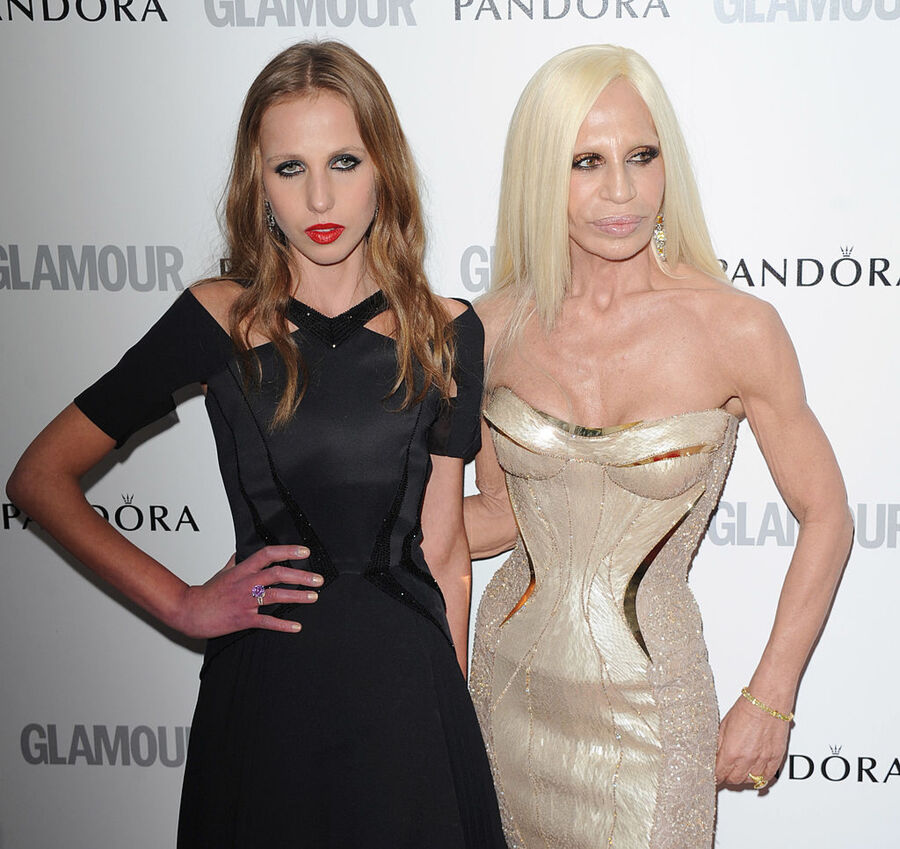 Inherited her fortune at 3, technically confirmed as a billionaire at 7.

Athina Onassis is the sole surviving heir of shipping billionaire Aristotle Onassis. She is the only child of the late Christina Onassis and her fourth husband Thierry Roussel. She was born in 1985. Her parents divorced in 1987 as a result of an extra-marital affair with a Swedish model that resulted in a son just a few months younger than Athina.

Christina Onassis died as the result of a heart attack in 1988. Through her mother's family fortune, Athina officially became a billionaire when she was seven years old.

Athina was raised by her father and his second wife, Marianne "Gaby" Landhage… the Swedish model.

Christina Onassis put a board of administrators together to oversee Athina's inheritance until she came of age. The board was made up of three Greek men and her father.

In 1999, after Roussel kept threatening to move to France, where the estate would have to pay a higher income tax, the management of Athina's inheritance was moved to an auditing firm in Lucerne, Switzerland. Athina gained control of her inheritance at 18.

Athina is an accomplished equestrienne. She was married and divorced by the age of 26. Since that time, she's tried to reconnect with her Greek heritage by giving up the last name Roussel and instead using Onassis. She also learned the Greek language.