The billionaire CEO of venture capital firm Social Capital, Chamath Palihapitiya, said in a recent interview with CNBC that he believes Amazon CEO Jeff Bezos is a better investor than the Oracle of Omaha, Warren Buffett. He said: "People used to lambaste Jeff Bezos for not being profitable, but when you looked under the hood, he was the single best investor of our generation, even better than Buffett, because he would take billions of dollars of free cash flow and invest it into the future." Say what? Bite your tongue, Mr. Palihapitiya. How could he say such a thing? How did he come to this conclusion? And better year, just who is Chamath Palihapitiya?

Chamath Palihapitiya is the founder and CEO of the venture capital firm Social Capital. Palihapitiya was an early senior executive at Facebook. He joined the company in 2007 and left in 2011. He is also a minority stakeholder and board member of the Golden State Warriors. He was born in Sri Lanka and moved to Canada with his family as refugees when he was six years old. His father was largely and often unemployed and his mother was a housekeeper and nurse's aide. The family lived on welfare and Palihapitiya did not have his own room, rather he slept on a mattress on the floor of the living room. He graduated from Lisgar Collegiate Institute at the age of 17. He got his degree in electrical engineering from the University of Waterloo in 1999. After college he worked for a year as a derivatives trader at the investment bank BMO Nesbitt Burns. He moved to California to be with his then-girlfriend Bridgette Lau. 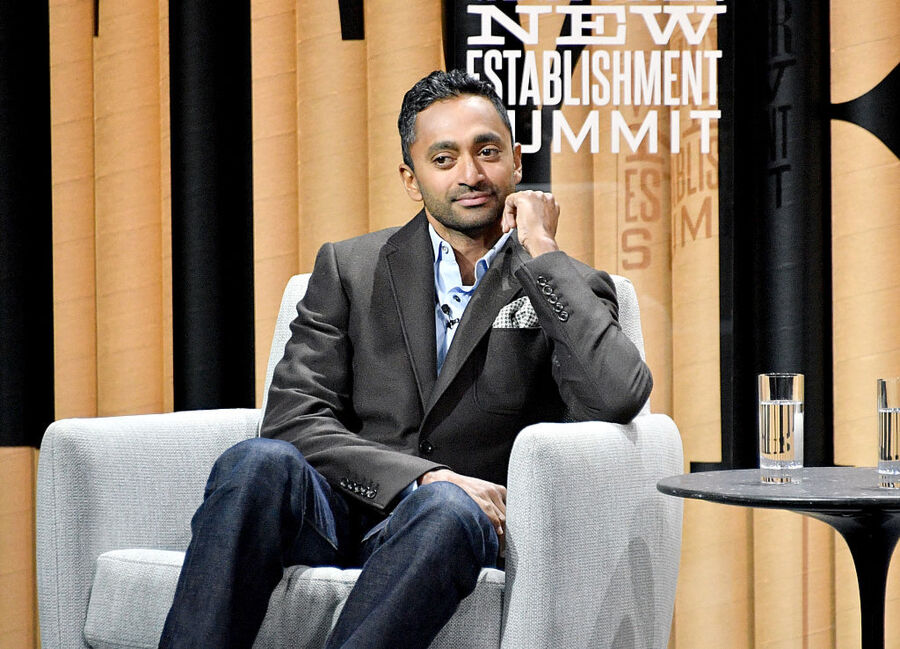 Palihapitiya became the youngest vice president ever at AOL when he took a job there in 2004 heading up its instant messaging division. He left AOL in 2005 for Mayfield Fund. Then he left that job and joined Facebook when it was little more than a year old. His job at Facebook was trying to increase the nascent social media site. Palihapitiya also made investments on the side while working at Facebook, including Palantir, Pure Storage, Paydom (later bought by Disney), and Bumptop (later bought by Google). In 2011, he left Facebook to start his own fund Social Capital with his then-wife Bridgette Lau. The company focuses on technology in healthcare, financial services, education, and software as a service startups. Through Social Capital, he has investments in a number of companies, including Slack. He became a member of the board of directors at Slack in 2017. He stepped down from this position in 2019. His venture fund has more than $1.1 billion in total assets.

OK, so now we know who Palihapitiya is, now why does he think Bezos is a better investor than the legendary Warren Buffett? I mean that seems like heresy to me! Well, Palihapitiya took part in a long interview with CNBC where he spoke about Tesla and Elon Musk as well as the actions of the Federal Reserve, bitcoin, and the economic reopening of the U.S. in the midst of the coronavirus. He also went on a bit of a tirade about stock buybacks and called them a "fundamentally idiotic business practice." Palihapitiya is a big fan of Bezos because of Amazon not taking part in stock buybacks, basically. Instead, Amazon invests in building the business.

Palihapitiya specifically cited Amazon's quarterly earnings call, during which Bezos told investors that he planned to spend the roughly $4 billion it expects from second-quarter profit on "COVID-related expenses getting products to customers and keeping employees safe." On the other hand, Buffett has argued for stock buybacks. During the first quarter, Berkshire repurchased $1.7 billion of its own stock. Palihapitiya said:

"Coming out of 2020, I think what we should realize is we have a very brittle economy, a very fragile ecosystem of companies that are over-levered. We need to create incentives for these folks to save and to invest in the future. There is a business case to be made in every company to either save and/or spend to plan for the future, and instead to just give it back randomly in the open market is one of the dumbest business decisions you can make."

Hmmm. Not sure I buy that from Palihapitiya. After all, Warren Buffett is a member of the Giving Pledge, solidifying his philanthropic heart. Bezos is not and it's telling that his ex-wife MacKenzie joined the Giving Pledge almost as soon as the ink was dry on their divorce. And Amazon is the company that has fired employees that have spoken out against the company for dangerous workplace practices in the age of COVID-19. So while Bezos may have said that on the earnings call, it will remain to be seen if he actually follows through with it. So, match, set, point to Buffett in my opinion as the best investor of our times.