By Amy Lamare on October 7, 2020 in Articles › Billionaire News

Wall Street is full of legendary stories about chance decisions made by hedge fund managers, traders, and other financiers. George Soros' 1992 bet that the British pound would decline is one of them. He made $1 billion on that bet, alone. Then there's John Paulson – he saw the 2008 collapse of the mortgage industry coming and made $20 billion for his clients and himself by taking appropriate action to shield them from the fallout that decimated so many banks and saw so many mortgages default. Those two are pretty amazing, but there's one newer, less publicized trade that should be in the conversation about the Greatest Trade Ever.

In March 2020, just as the coronavirus pandemic was sweeping the globe and causing mass panic and confusion, Bill Ackman made a decision: He paid $27 million to buy credit defaults and turned that into a profit of $2.6 billion. He then reinvested part of that in long positions and made himself and his investors another $1 billion. That's $3.6 billion total made on a $27 million investment. Sure, it's not the $20 billion Paulson made in 2008, but consider the fact that Ackman made 100 times his original investment in just 10 days. 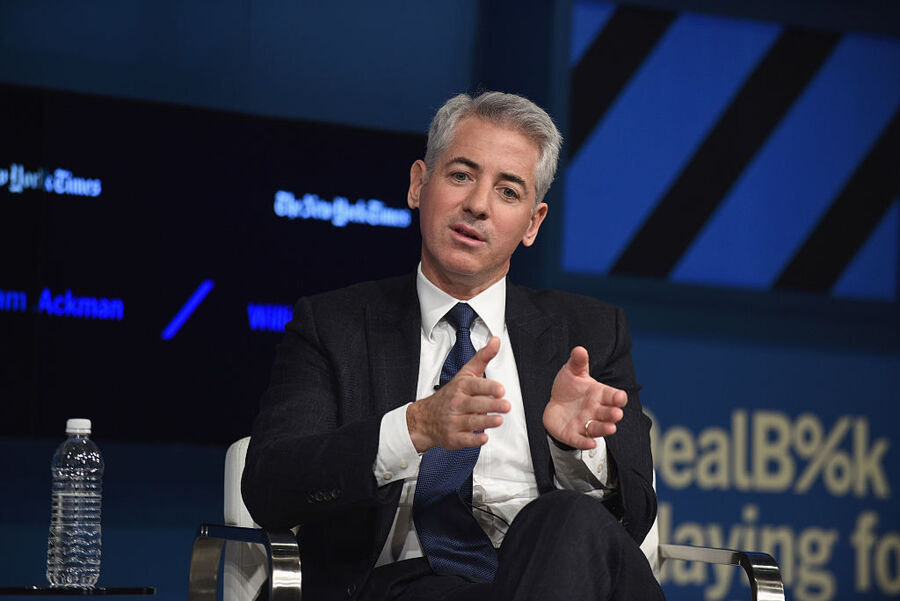 Ackman's recent success started out as a nightmare. At the end of January, he was getting worried as he learned more and more about Covid-19. Even though the Dow hit its peak of 29,551 in mid-February, Ackman sensed that it wouldn't last. He considered selling some of his company's big holdings like Chipotle, Hilton, and Lowe's. He had already sold his stake in Starbucks. Ackman, 54, is the founder of Pershing Square Capital Management. He typically takes a long hold position on stocks. But he was growing increasingly fearful in a time when none of the other hedge fund gurus were. And then he hit upon credit default swaps. At that time, that particular market was so tight that spreads were quoted in fractions of a point.

Ackman hadn't bought any credit default swaps since the financial crisis of 2008. He set out to buy insurance on his pending trade, having concluded that the upside of his idea came with relatively little cost. At this point, he still viewed it as a trade, not a bet. He still wasn't thinking that companies were actually going to default by the dozens. He went for it anyway. Within a week, it started to pay off. By March 9th, his credit default portfolio was worth $1.8 billion. By the 12th it was worth $2.75 billion. At the same time, the Dow was bouncing wildly up and down and so was the value of his portfolio.

By mid-March, his portfolio had regained 40% of its highest peak and Ackman figured that the Fed wasn't going to let the U.S. have another financial crisis. He figured it would take action to protect the markets. Ackman reasoned that he'd rather have 40% of his portfolio than zero. Three weeks into his bet, he had spent $27 million and made $2.6 billion. He got out and sold it off as soon as he could.

In retrospect, Ackman knows his timing was impeccable on this trade. He couldn't recreate his March trade now, the cost of insurance on a deal like that has gotten too expensive. He's once again reverted to his usual strategy of going long on the market with no hedges. Ackman realized that his success with his risky bet is because of the state of the market today. The strength of the market only represents the best-capitalized companies like Lowe's and Google. It doesn't reflect the family-owned, private mom and pop stores and businesses that have been decimated by the global pandemic.