By Joseph Gibson on October 27, 2022 in Articles › Billionaire News

You might have noticed recently a trend on social media of tracking the private jet activity of the rich and famous. Climate activists fed up with what they say is a waste of fuel and resources have made public the quick trips made by giant gas-guzzling jets that could have almost as easily been made by car, and now one billionaire has, in a way, admitted to conceding to their demands. It's LVMH luxury goods chief Bernard Arnault, who Sky News reports told Radio Classique in France that he's sold his own private jet to avoid their prying eyes.

Arnault was a popular target for private jet trackers, having inspired at least two Twitter accounts devoted to the practice. Now, he says, he's sold off his company's private jet and opts to rent private planes instead, which is much more difficult to track by members of the public. 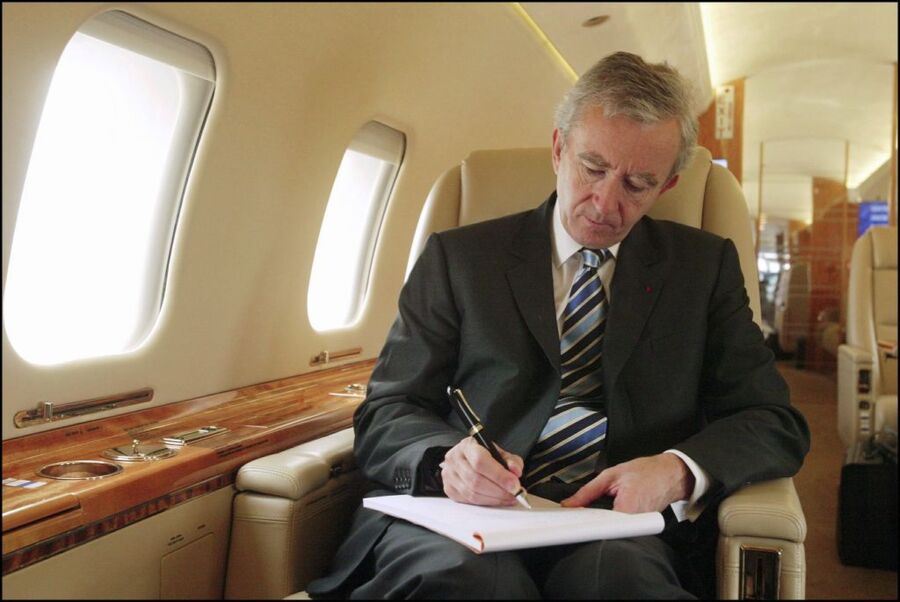 As you might guess, Arnault's decision wasn't based on concern for the environment, or on personal embarrassment. As his son Antoine Arnault said in the same interview, the tracking can be bad for business by providing advantageous information to the business's competitors:

"The result now is that no one can see where I go because I rent planes when I use private planes…It's not very good that our competitors can know where we are at any moment…That can give ideas, it can also give leads, clues."

The story comes after another jet-setting billionaire, Elon Musk, also saw his private jet activities tracked online. Musk offered the teenager behind the Twitter account @ElonJet a reported $5000 to shut the account down, an offer that was later countered at $50,000, which Musk rejected.

There's no word on whether Arnault considered trying to buy off the Twitter users tracking his private flights, but evidently, he found it easier to just sell the plane entirely.