Billionaire banking heir Matthew Mellon has died at age 54, reportedly while a patient at a drug rehab center in Cancun. He is survived by his ex-wives, Jimmy Choo founder Tamara Mellon and fashion designer Nicole Hanley, and his children Minty, Olympia, and Force. Mellon is a descendent of banker Thomas Mellon on his paternal side, who made the family fortune during the Gilded Age more than 100 years ago. On his maternal side, Mellon is a descendant of Anthony Joseph Drexel, founder of the bank eventually known as Drexel Burnham Lambert.

Mellon attended the University of Pennsylvania's Wharton School of Business. He worked in finance, telecommunications, and fashion. Most recently he was an adviser for the cryptocurrency company Ripple Labs. Mellon made a fortune in digital currency. When he invested $2 million in cryptocurrency his family thought he was nuts. He had the last laugh, turning that $2 million into $1 billion. Mellon previously also served as the chairman of the finance committee for the Republican Party in New York. 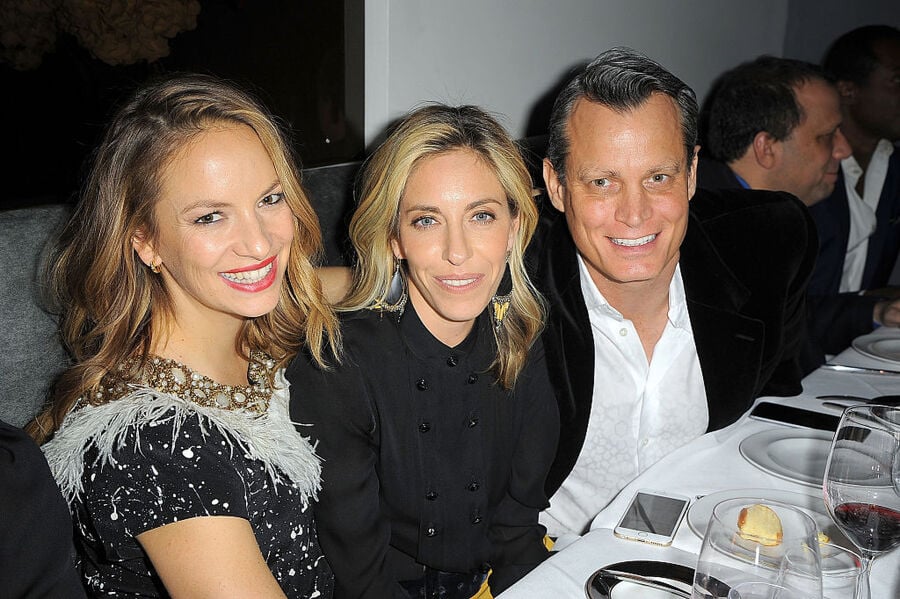 Mellon had a long history with drug and alcohol abuse and was bipolar. He met his first wife, shoe designer Tamara Mellon while at a London Narcotics Anonymous meeting in 1998. Two years later the couple married in a lavish affair at Blenheim Palace that was covered by British Vogue. Mellon's sobriety did not last and his home life with Tamara unraveled. He started doing drugs again and would disappear for days. The couple's daughter Araminta "Minty" was born in 2002. He spent a significant amount of time in rehab during his first marriage. By 2005 Matthew and Tamara were divorced. Their divorce received almost as much press as their wedding.

Tamara Mellon was building Jimmy Choo, Ltd. before, during, and after her marriage to Matthew Mellon. She met the down-on-his-luck shoe designer Jimmy Choo in the early 1990s. She approached him about launching a shoe company together. Tamara borrowed $234,840 from her parents and went out to find factories in Italy to make their line of ready-to-wear shoes. In exchange, Mellon's parents took a 50% stake in the company. Choo owned the rest. Jimmy Choo Ltd. launched in 1996.

Mellon died of a heart attack following taking the hallucinogenic drug Ayahuasca at the rehab facility in Cancun. Ayahuasca is a psychoactive tea or infusion that has been used in shaman practices and traditional medicine for centuries in the Amazon region of South America. The tea is made from different plant species, some of which contain the psychedelic chemical dimethyltryptamine (DMT). Ayahuasca is used by some rehab facilities due to its healing properties as well as its ability to open up the inner mind so patients can explore their fears and dreams.

Mellon checked into the rehab facility to help battle his OxyContin prescription. He was 88 days sober when he arrived in Cancun. He once had a $100,000 a month OxyContin habit.

It is not clear yet if Mellon took the Ayahuasca under supervision of the clinic or if he obtained and took it on his own.