By Joseph Gibson on September 14, 2019 in Articles › Billionaire News

Many billionaire donors to the University of Southern California have given huge financial gifts in exchange for serving as the namesake for some wing of the campus, but a more discreet donor's gifts to the school were given anonymously, according to a recent report in the Los Angeles Times. And he's only anonymous on a technicality now, because his name is B. Wayne Hughes Sr.

Billionaire Hughes is the founder of self-storage company Public Storage, and he's reportedly given some $400 million to USC, almost all of it on an anonymous basis, which is all the more unusual, given that the figure places Hughes "among the most significant backers of higher education in the West."

So why has he done it? According to the 85-year-old's attorney, he's "intentionally chosen to live his life in a way that he avoids the spotlight," a rare phenomenon among big ticket philanthropic billionaires.

Hughes founded Public Storage in 1972, resulting in his massive personal fortune, but he reportedly maintained a solidly middle-class lifestyle, "eating fast food and hanging out with buddies at the Santa Anita racetrack." And he's also maintained strong ties to his alma mater at USC, not just making numerous financial contributions but also returning to the campus many times. 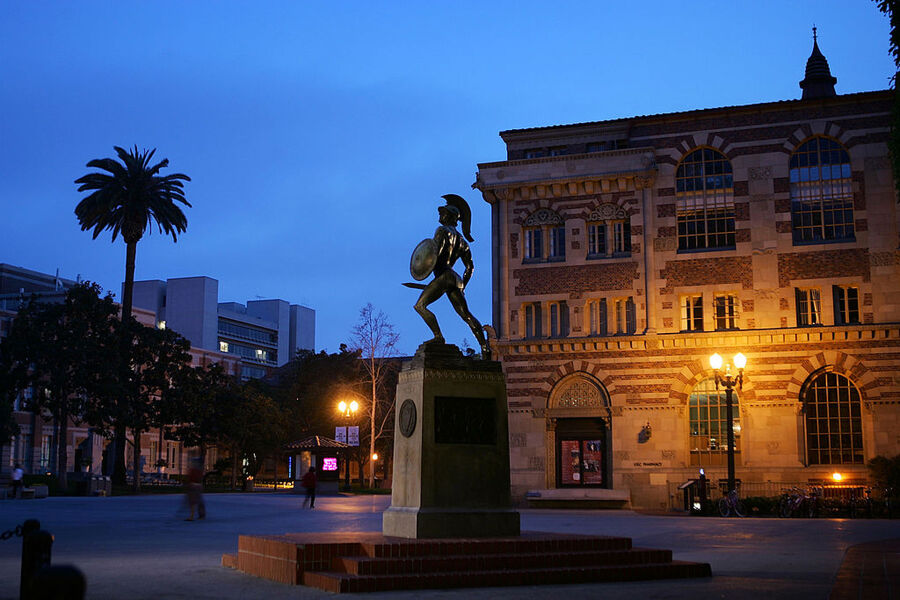 The bulk of Hughes' gifts came between 2010 and 2015, during which he gave a total of $360 million to the university, with many of his donations being focused on the school's various athletics programs. In one particularly striking example of his desire to keep his name off of these donations, he paid $5 million to name the USC basketball court Jim Sterkel Court, after an otherwise obscure member of the school's team way back in the 1950s, which even Sterkel's widow didn't know about in 2006 when the court opened. The then-anonymous donor, which is now reported to have been Hughes, he explained why like this:

"The joy I have in remembering Jim would be significantly reduced if people knew who I was."

That seems to reflect his overall attitude toward his philanthropy, as well.