By Joseph Gibson on December 11, 2019 in Articles › Billionaire News

Alki David, the billionaire who founded, among other things, the company Hologram USA, has now been ordered to pay what a legal expert tells the Los Angeles Times is one of the largest sums of damages ever awarded in any civil employment case: $58.25 million both compensatory and punitive damages to Mahim Khan, a former employee he allegedly sexually harassed while she worked for him. An appeal is in the works. We are including a full statement from Alki David at the bottom of his article which is certainly worth your time.

It also should be noted that during the case, the judge barred Alki from representing himself. In a previous trial against a woman named Elizabeth Taylor, Alki was able to represent himself. That case resulted in a mistrial with 8 jurors ruling in Alki's favor and several jurors later telling Los Angeles Magazine that they did not find Elizabeth's claims credible.

Yesterday's ruling is only the latest such decision by a jury against David. A week prior to the ruling awarding Khan $50 million in punitive damages, the jury in the case had already awarded $8.25 million in compensatory damages to her, the third former employee of David's to accuse him of sexual misconduct.

In April, David was ordered to pay a total of $11.1 million in damages to Chastity Jones, and in November a former Hologram USA comedy writer named Lauren Reeves was awarded some $5 million in damages from David for various harassment allegations. Altogether, David has had verdicts totaling almost $74 million in compensatory and punitive damages against him. 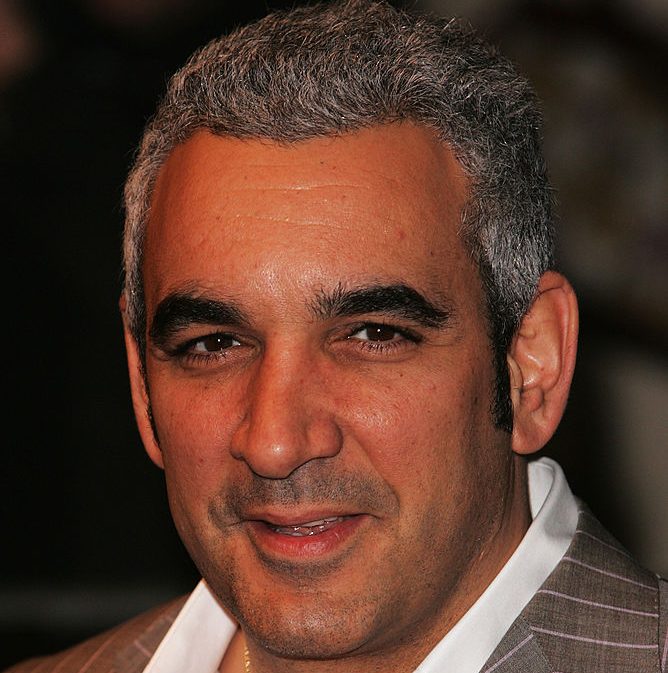 For David's part, he has denied the most serious allegations against him, saying that he "never touched any of these women," but he failed to successfully convince the jury in the Khan case of this. According to the report on the case in the Los Angeles Times, his conduct in the courtroom was nothing short of a debacle:

"David, who represented himself in the Taylor trial, remained belligerent, defiant and disruptive throughout his multiple trials in Los Angeles County Superior Court. He frequently erupted in profanity-laced outbursts while mocking his accusers and their attorneys, earning him nearly $10,000 in sanctions; he was ejected from the courtroom on several occasions."

One of the jurors who awarded the $58 million to Khan was 90-year-old Reg Green, who went as far as calling David's conduct "grotesque." He says this was a big factor in the jury's decision to award such a large sum in punitive damages in the case.

"How is it justice if I'm not allowed to present any defense at all? No witnesses. No evidence. Gloria Allred and Nathan Goldberg knew they had a losing case against me and my companies and their only option — with so much contingency money on the table — was to cheat. In fact, they took the judge's bias, or agenda, or whatever it was, as nothing less than a license to lie.

$58 million dollars is an absurd number, designed only to generate headlines. It is nothing but a PR stunt, a marketing scheme to bring Allred and daughter Lisa Bloom more clients and bulldoze future juries. Well, now that's backfiring on them as people start to look at what's really going on here.

In his closing arguments, Goldberg led the jury to believe I didn't call any witnesses by choice. The truth is the judge blocked every possible witness I wanted to call, even to rebut new lies from the plaintiff and her witnesses.

I'll say it again to all of you–as I was prevented from saying in court–I never touched Mahim Khan inappropriately. I never sexually harassed her or any of my employees.  We have evidence that she conspired with other accusers after learning about a previous sealed settlement. Both Allred and Bloom have violated court orders related to this settlement. We have evidence that among this network of accusers Allred and Bloom assembled and divided up, money and jobs were offered to witnesses, and demands were made to recruit more accusers.

We caught Khan and her witnesses in obvious lies that would have impeached them in front of the jury if the judge hadn't denied every legitimate move we made at defense. We also have a police report and texts that show Khan literally threatened the baby of one of my witnesses.

With me unable to mount any defense, the plaintiff's lies grew in number, sprouted embellishments, even contradicted themselves. Why was the judge so determined to block me from presenting any defense whatsoever? Why did she ignore egregious, unethical, even illegal behavior by the plaintiff and her attorneys? Everyone should be asking these questions. "