Billionaire Offers $250,000 To Anyone Who Streaks In Front Of Chicago Mayer Rahm Emanuel

By Joseph Gibson on July 1, 2015 in Articles › Billionaire News

It must be tough having billions of dollars at your disposal and not being able to come up with anything fun to do with any of it. But that's the situation most of the world's billionaires seem to find themselves in, especially since they're always doing boring stuff, like reinvesting in their own business or making huge grants to charitable causes. But Alki David, owner of the internet streaming service, FilmOn.com, has made a practice of spending his money on whatever he feels like at any given moment and his latest "investment" is a $250,000 reward to anyone who successfully streaks in front of Chicago Mayor, Rahm Emanuel.

This isn't David's first time putting a lavish streaking bounty in the public square. In 2010, he promised $1 million to any individual who could find it within himself or herself to streak in front of President Obama – no one collected, although one streaker did come close enough to fulfilling the criteria of the challenge to take home a fraction of the million-dollar jackpot. He also put a significantly greater sum, $10 million, into a boxing match between Chris Brown and Drake, although that sadly (?) never made it off the ground. 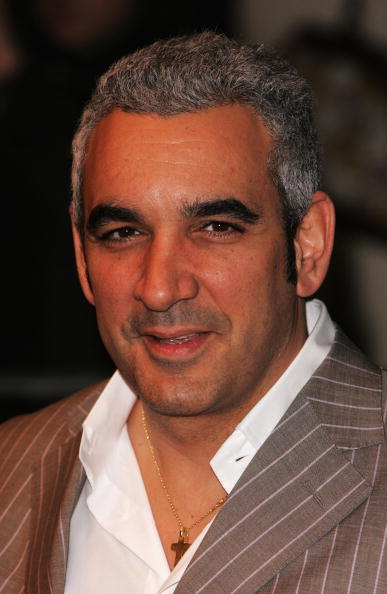 If you're thinking about taking Mr. David up on his $250,000 challenge, consider a of couple potentially relevant facts. For one, on Rahm Emanuel's home turf of Chicago, public nudity can get you up to a year in prison. There's also the matter of the $2,500 fine, but if you get the reward that would be a pretty solid return on a relatively small investment, in retrospect. Of course, in the world of high-profile political streaking, you have more to worry about than what the police will do to you.

There's also the question of Rahm Emanuel's armed security staff, who may or may not take a charging naked person as a credible threat to the man's life. If that were to happen, well, it's unlikely you'd get off with just a fine. On the other hand, if you're nude, they'll be able to tell you're not armed, so that might be worth taking into consideration as well.

BTW, Rahm Emanuel is Barack Obama's former chief of staff. His brother Ari Emanuel is the co-CEO of Hollywood talent agency William Morris Endeavor. Ari is the basis for the character Ari on Entourage because he is Mark Wahlberg's former agent. There's another Emanuel brother, Ezekial, who is a highly regarded doctor and bioethicist.

One thing you won't have to worry about is Alki David welshing on his end of the bargain for lack of funds, since with a net worth of around $1.7 billion, he can afford to cough up $250,000 like the rest of us can afford to get a Coke from a vending machine. His fortune comes from a variety of media ventures, including the aforementioned FilmOn.com, as well as Hologram USA, the ill-fated (and infamous) company that gave us that "hologram" of Tupac a while ago – which also tells us that paying $250,000 for someone to streak past the mayor of Chicago isn't the absolute silliest thing Alki David has spent his money on.