How Does Bill Gates Spend His Day?

Obviously, we spend a lot of time thinking about billionaires here at Celebrity Net Worth. In particular, Bill Gates is often on our minds, since he is the richest man in the world. We all know how he built his $90 billion fortune, but now that he's got all that cash in the proverbial bank, how does he spend his days? He isn't involved in the hands on day-to-day running of Microsoft anymore, so just what does he do all day?

Gates keeps busy. He stepped down from Microsoft in 2006. Since then he has been very involved in the Bill and Melinda Gates Foundation. He is also one of the architects of the Giving Pledge.

But what about the rest of the day?

When he isn't traveling, Gates wakes up in his enormous home in Medina, Washington. The waterfront mansion is over 66,000 square feet. The Pacific Lodge-style home took seven years and $63 million to build. Three hundred workers were required to build the house, of which more than one hundred were electricians who installed an estimated 52 miles of optic cables. That sounds about right for a man who made his billions founding a software company! The Gates estate is estimated to be worth a stunning $124 million. 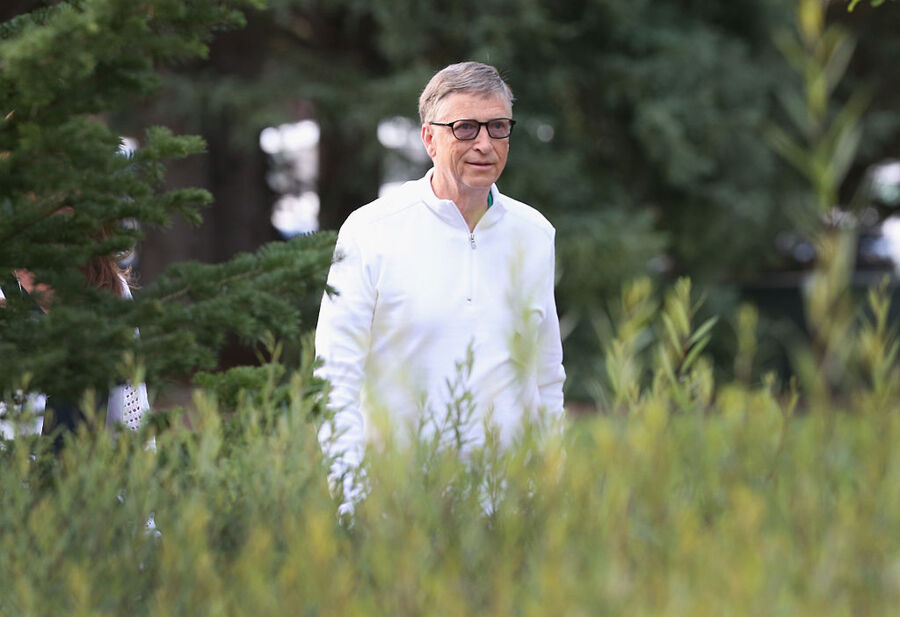 When he settles in for breakfast, Gates likes Cocoa Puffs cereal. However, according to his wife Melinda, the billionaire tech mogul usually skips breakfast.

After breakfast, Gates works out on a treadmill while he watches DVDs from the Great Courses series from the Teaching Company or views online courses from MIT's OpenCourseware, Academic Earth, and others. Sometimes, he opts to play tennis instead.

Of course, Gates checks the headlines of major newspapers including The New York Times, The Wall Street Journal, and The Economist every morning.

Throughout his day, his schedule is broken up into five minute intervals. Every single moment of the day is carefully planned and he keeps track of his day by taking notes.

At lunchtime, Gates has a favorite go-to meal he prefers. The billionaire loves his cheeseburgers.

He is a voracious reader and time is set aside each day to read. In his 66,000 square foot house there are a lot of places to settle in with a book, but Gates often chooses to sit down and read in his enormous, domed-roofed library.

Gates also sets aside time to spend with his three kids. Gates has often said that spending time with his family is his favorite way to pass the time. He also enjoys weekend bridge games.

At the end of the day, we all need a way to unwind for bed and the world's richest man isn't any different. However, how he chooses to unwind is rather unusual. He does chores. Every night, Gates rolls up his sleeves and does the dishes.

When he heads to bed, he makes sure that he has enough time for seven hours of sleep.

And that's the way the richest man in the world spends his typical day.