By Joseph Gibson on February 27, 2018 in Articles › Billionaire News

When Bill Gates first became a billionaire back in 1987, he was the youngest billionaire in history at the time, at 31 years old. In other words, he was the picture of youth by many standards, and at an age when most of us would be more than willing to spend money on a bunch of crazy stuff. But according to a recent interview on The Ellen DeGeneres Show, he didn't use his entry into the billionaire's club as an excuse for a huge spending spree, and instead named just two items he considered to be a splurge. After Gates restated his lack of extravagant tastes, Ellen asked if he didn't go out and buy a Porsche with his money, and this was his reply:

"I did — that I did. That was an indulgence, and then eventually for my travel I got a plane, which is a huge indulgence, so those are my two."

His characterization of his private plane as "an indulgence" is consistent with how he's talked about it in the past, describing it to interviewers as both a "guilty pleasure" and a "big splurge." It's also consistent with the plane itself, reportedly a Bombardier BD-700 Global Express that seats 19 people and costs about $40 million. 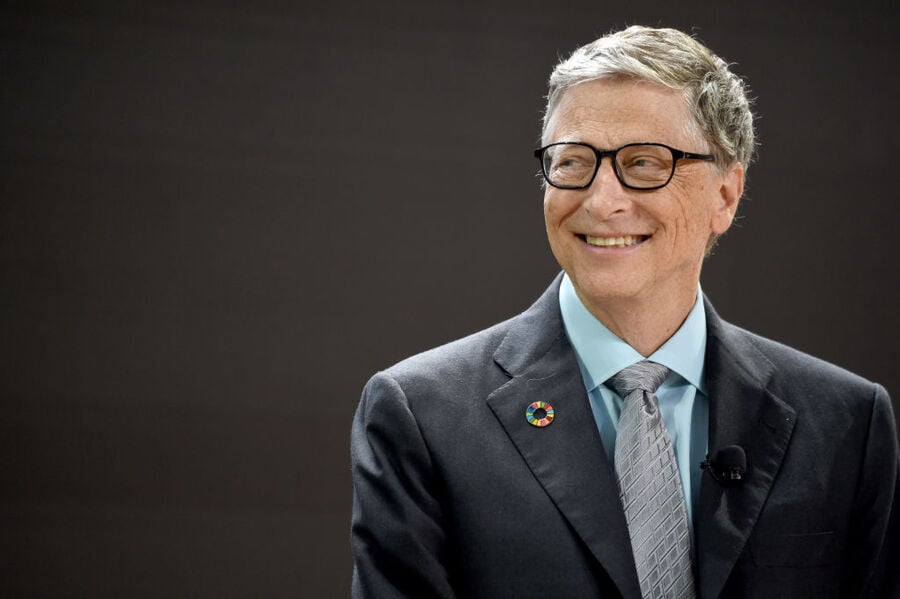 Of course, a longtime billionaire like Bill Gates might have a different definition of the word "splurge" than the rest of us. Take for example this tidbit about a room found inside his $125 million mansion in Medina, Washington:

"We have a trampoline room in our house. The kids like that. An indoor trampoline – I recommend it."

If Bill Gates has had an indoor trampoline this whole time and never thought of it as a guilty pleasure, there's really no telling what else he has in that mansion of his. Nevertheless, he's also a committed philanthropist, having given away billions through the Bill & Melinda Gates Foundation, and pledged to give away the bulk of the rest of his fortune eventually.