By Amy Lamare on February 8, 2021 in Articles › Billionaire News

It's not just the conspiracy theories about himself that Gates wants to look into and attempt to understand. He also wants to look into the conspiracy theories about Anthony Fauci as well. "Nobody would have predicted that I and Dr. Fauci would be so prominent in these really evil theories. I'm very surprised by that. I hope it goes away," Gates said. 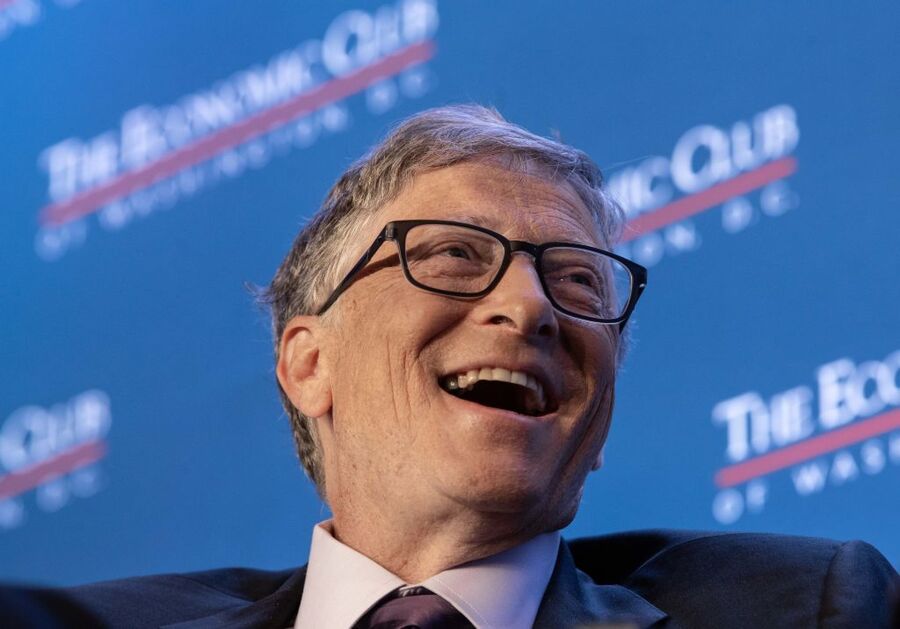 Gates, far from being the man the conspiracy theories claim he is, has committed at least $1.75 billion to the global response to the coronavirus pandemic through the Bill and Melinda Gates Foundation. His donation will go to makers of vaccines, diagnostics, and potential treatments for Covid-19.

The conspiracies about Gates and Fauci began almost as soon as the spread of the coronavirus hit the shores of North America. The prevailing ones state that Gates and Fauci created the virus to control people, that they plan to profit from the spread of the virus, and the ever-popular one that says the vaccine will insert trackable microchips into people. Over the last weekend of January, a group of protesters in Los Angeles spouting the latter conspiracy theory temporarily shut down the country's largest vaccination site at Dodger Stadium. In the interview, Gates wondered if people really believe these rumors and conspiracy theories.

To be clear for those who may not believe these conspiracies have no basis in truth – Gates is not trying to control you with an insertable tracking device and Fauci isn't looking to spread the virus for profit. Gates has, in fact, praised Fauci and Francis Collins, head of the National Institutes of Health for their efforts in educating the public about Covid-19 and their work in trying to stop the spread of it. He also commented that during the tenure of Trump's presidency he felt like Fauci and Collins were the only two sane people in the U.S. government. He is looking forward to the good they will be able to do and the truth they will be able to tell under the Biden administration. One of the first orders of business Biden attended to after his inauguration was rejoining the World Health Organization.