By Brian Warner on September 9, 2021 in Articles › Billionaire News

Most of the time when a rich guy goes through a divorce and loses a large chunk of his former net worth, he splurges on a Porsche or a new bachelor bad with leather couches and a waterbed. When you're Bill Gates, you buy a hotel. And not just a hotel. The Four Seasons. And not just ONE Four Seasons location. Bill Gates just bought controlling interest in the entire chain.

On Wednesday Four Seasons Hotels and Resorts revealed that Gates' private investment office, Cascade Investments, had acquired a controlling stake in its company at a valuation of $10 billion.

Prior to the deal, Cascade and Kingdom both owned 47.5% of the hotel chain. Gates is essentially buying half of Kingdom's share, so that when the deal is done he will own 71.25% and Kingdom will drop down to 23.75%. The remaining 5% is still owned by Isadore Sharp, the founder and chairman of Four Seasons.

Isadore Sharpe's rise to luxury hotel tycoon is fairly inspirational. His father was a real estate investor and after college Isadore joined the family business as an architect and developer. With his father he built apartments and homes in Toronto, Canada. In the 1950s a family friend asked Isadore to help draw up plans for what would become a modest a 22-room motel in the Toronto suburbs. Believe it or not, this little motel launched what would eventually become the Four Seasons.

After being exposed to the hospitality industry, Isadore left the family business and devoted himself to launching his own hotel. He decided to call his humble motor lodge the "Four Seasons." The first location opened in 1961 in downtown Toronto. Over the next few years he opened a few more locations around Canada. In 1970 he opened a location in London. By this point the chain's focus had become extreme upscale luxury. Even more global expansion soon followed.

The 1980s and 90s were boom times for the chain. The 2000s were tougher. The combination of September 11th attacks and dotcom bubble's bursting ravaged the tourism and travel industries. In 2007 Isadore Sharp sold 95% of the Four Season to Bill Gates and Prince Al Waleed for $3.8 billion.

When the global real estate market exploded a year later, some people called Gates and Al Waleed fools for paying such a high price. Kingdom, which is a public company in Saudia Arabia, wrote down the value of its share of the investment ever year between 2008 and 2012. The valuation was underwater through at least 2015. Fast forward to today and their deal values the company at $10 billion. Patience pays.

Here's a photo of Bill and one of Prince Al Waleed's representatives signing the deal in 2007: 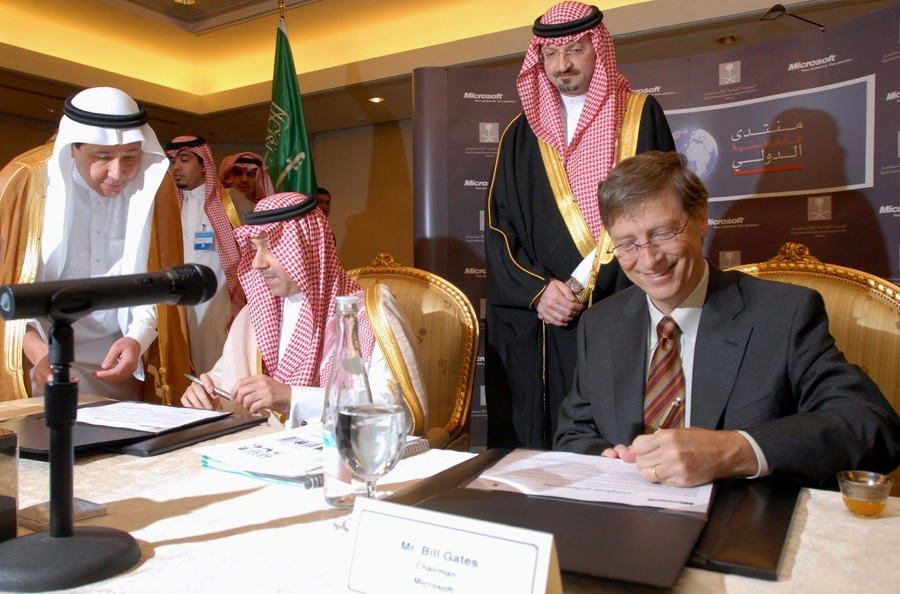 That brings us to the present.

Today there are 121 Four Seasons properties in 47 countries around the world. The company employees an estimated 45,000 people and generates north of $5 billion per year in revenue.

Similar to Donald Trump's business model, Four Seasons corporate does not own all of its properties. For example, Bill Gates' longtime rival Larry Ellison owns two Four Seasons on the Hawaiian island of Lanai. Beanie Baby billionaire Ty Warner owns the Four Seasons Hotel New York and Santa Barbara. Gates and Prince Al Waleed both personally own various locations. The business model typically involves partnering with an extremely wealthy person to develop a Four Seasons from scratch or to buy an existing hotel and convert it to a Four Seasons.

BUT! All Four Seasons around the world are managed by the $10 billion parent company that Gates now controls.

Congrats to Bill on his purchase!