Bill Gates Got Some Bitcoin For His Birthday…

Like Warren Buffett, Elon Musk, and Mark Cuban, Bill Gates is not a fan of Bitcoin or any of the cryptocurrencies that have cropped up in recent years. He's no stranger to philanthropy and big goals. Recently he pledged $1 billion to a company called Earth Now, which plans to "deploy a large constellation of advanced imaging satellites that will deliver real-time, continuous video of almost anywhere on Earth." He's also throwing money at an effort to grow meat in labs to solve the world's hunger crisis. But one thing this tech guru with a $91 billion net worth isn't going to get into is Bitcoin.

He recently revealed on an episode of CNBC's "Squawk Box" that he does not own any cryptocurrency, but he was once given some as a birthday gift. (After all, what do you get the man who quite literally not only has everything but can buy absolutely anything he wants?)

"Somebody gave me some for my birthday. A few years later, I thought, 'Hey I'm going to sell that.'" 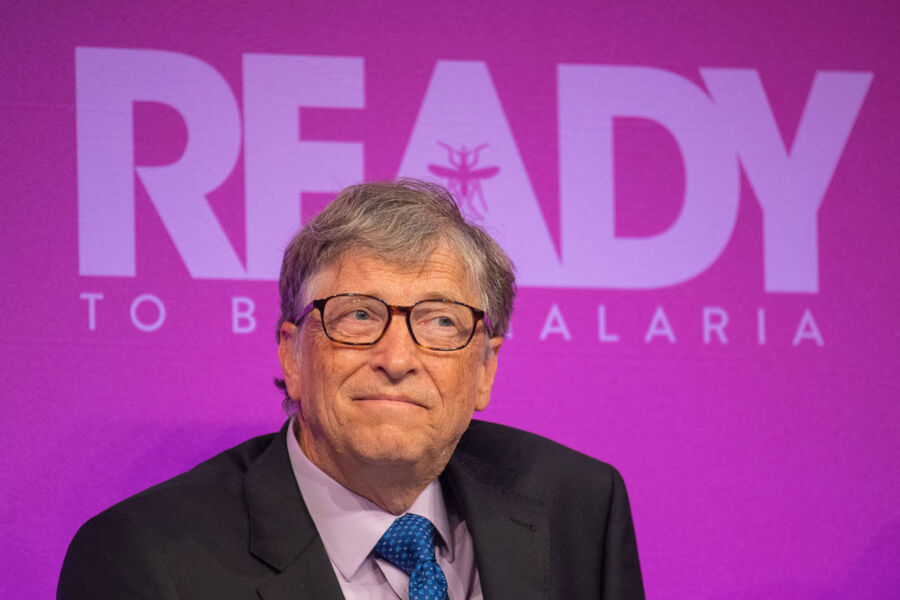 Gates believes that Bitcoin is "one of the crazier speculative things. I would short it if there was an easy way to do it," he said.

One of the reasons Gates is not a fan of digital currencies is because he thinks they don't have any real value.

"As an asset class, you're not producing anything and so you shouldn't expect it to go up. "It's kind of a pure 'greater fool theory' type of investment," he said on CNBC.

Gates also has issues with the lack of governance of digital currencies and the anonymity of it:

"The government's ability to find money laundering and tax evasion and terrorist funding is a good thing. Right now, cryptocurrencies are used for buying fentanyl and other drugs, so it is a rare technology that has caused deaths in a fairly direct way."

His feelings about cryptocurrency aside, Gates is interested in the blockchain technology behind Bitcoin. The Bill and Melinda Gates Foundation donated $10,000 to the blockchain company Bitsoko in 2015. The blockchain is the digital ledger that confirms and records transactions. His foundation also partnered with Ripple, the creator of the XRP cryptocurrency last year in an effort to create mobile payment systems for the poor.