Back in the early 2000s, Jeffrey Epstein and his famous friends were having a blast. Businessmen, politicians, celebrities, and even academics were caught up in the hedonism of Epstein's life. Epstein was a giver who freely shared his lavish lifestyle with his pals. He flew friends to his island in St. Thomas, threw decadent dinner parties at his Manhattan townhouse, and spared no expense or indulgence. He was also in the habit of hiring underage girls to give him $200 massages before he sexually assaulted them. He was arrested for this in 2008 and got off with a literal slap on the wrist. However, he was arrested again a few days ago and hopefully, this time, the sex trafficking of minors charges will stick.

Along the way, Epstein picked up a number of famous friends, including former President Bill Clinton. It has been known for some time that Clinton and Epstein were pals and that Clinton flew on the billionaire pedophiles private jet. Now, it turns out, that flight logs show that the former president took at least 26 trips on the "Lolita Express," including five in which he reportedly ditched his Secret Service detail. 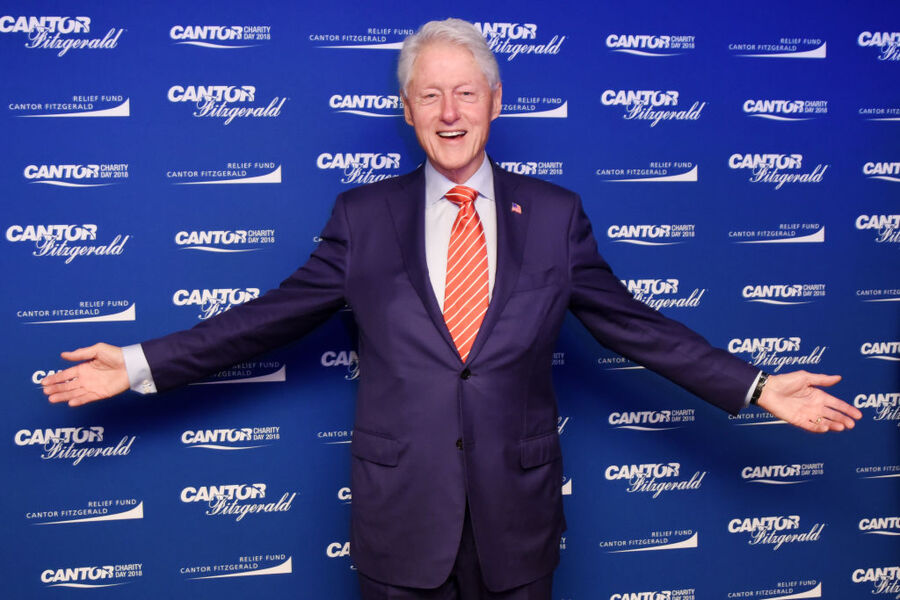 Previously, it had been reported that Clinton took 11 trips on Epstein's Boeing 727, but it turns out it was more than double that. Trips between 2001 and 2003 went around the world with Epstein and passengers identified on flight manifests by their initials or first names. Epstein's jet gained its nickname due to the fact that it reportedly had a bed onboard where passenger's had sex with young girls.

Virginia Roberts, 32, alleged that Epstein pimped her out when she was 15. She has said in the past that she saw Bill Clinton at Epstein's island estate in 2002. It should be noted, however, that no flight logs show Clinton as a passenger to St. Thomas, the nearest airport large enough for Epstein's plane to land. Flight logs do reveal that Clinton was a passenger on Epstein's jet when it flew to Hong Kong, Singapore, Japan, China, London, Brunei, the Azores, Norway, Africa, Russia, Belgium, and New York.