Beyoncé is cutting ties with Topshop billionaire Philip Green, her partner in sportswear line Ivy Park. Green was recently accused in the U.K. of sexual harassment and racial abuse charges. Beyoncé's company issued a statement saying that it had acquired 100% of her athleisure line. Beyoncé teamed up with Green in 2014 to develop the line of leggings, hoodies, and sports bras. The line debuted in 2016 to great success at Topshop.

Last month, the Daily Telegraph reported on the results of an eight-month investigation which ultimately named Topshop founder Sir Philip Green as the high profile businessman who had been trying to keep his name out of the press in relation to the British #MeToo scandal. The newspaper said that Green had used non-disclosure agreements to buy the silence of his accusers.

Green has been accused by a number of employees of inappropriate behavior. One woman accused him of verbal abuse. Others called him a bully and said he threw things at staff if he thought they were slacking off. One former employee at Topshop's parent company Arcadia Group said that:  "It was the f-word all the time, just tripping out of him, rolling off his tongue. I found it really aggressive. "He verbally harassed people and it was a constant verbal barrage – it was an attack." 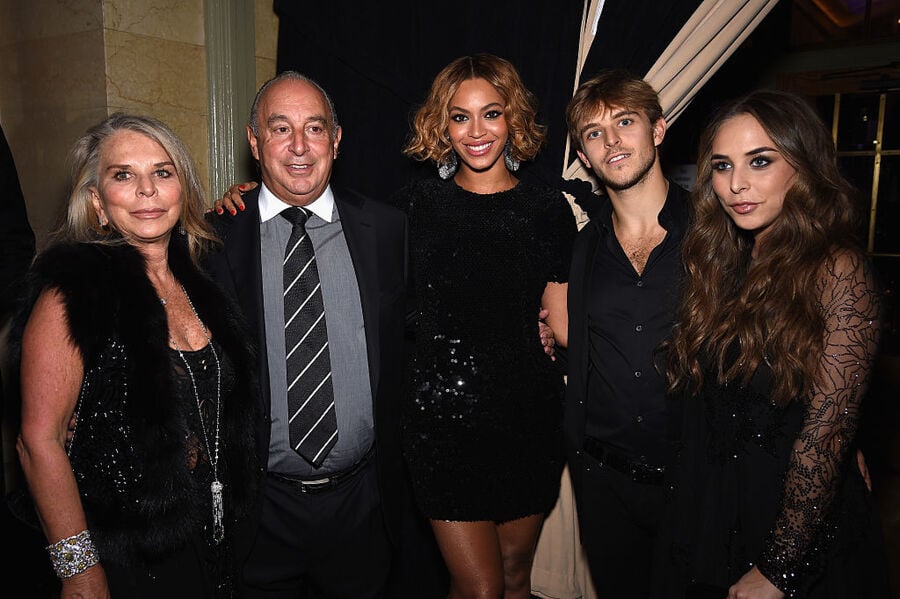 Auna Irvine was the manager of Topshop's Las Vegas store in 2012. She was fired. She said about Green: "It turned into things like him slapping my butt or him calling me fat or him calling me sexy or talking about my boobs or my ass."

Beyoncé has been under pressure to cut ties with Green since the allegations were made public. She has known Green for at least 13 years. She performed at the billionaire's son's extravagant bar mitzvah in 2005.

Philip Green is the CEO of Arcadia Group, which owns Topshop, Topman, Miss Selfridge, and other retailers. Green quit school at the age of 15 and found work as a shoe importer. This work took him to the U.S. and Far East, which inspired him to set up his own business. When he returned to England, he borrowed £20,000 to set up a business importing jeans that he sold to London retailers. In 1979, Green snapped up the entire stock of 10 designer clothing labels that were going out of business. He sent the clothing to the dry cleaners, put them on hangers, and wrapped them in plastic to make them look new. He then rented a store to sell them and the rest is history.