The stock market is going crazy, mimicking the general public's fears over the Coronavirus. Because of this volatility, a number of the world's wealthiest are a whole lot less wealthy today. The biggest shakeup is at the very top. No, Jeff Bezos didn't lose his spot as the richest person in the world. There's one less member of the $100 billion club today. Bernard Arnault, once the third man to have a net worth of more than $100 billion (and for one brief moment the richest man in the world) has lost $6 billion overnight and $30 billion in the last two months, giving him a net worth of $85 billion. He retains his position as the third richest man in the world thanks to the fact that the other people at the top of the world's richest list have also lost billions recently.

Concerns over coronavirus have caused the markets to go nuts and, as a result, wiped out hundreds of billions of paper wealth from the world's billionaires recently. Now, combined with a decline in oil prices, the drop looks to be the biggest overnight loss of wealth in more than a decade. 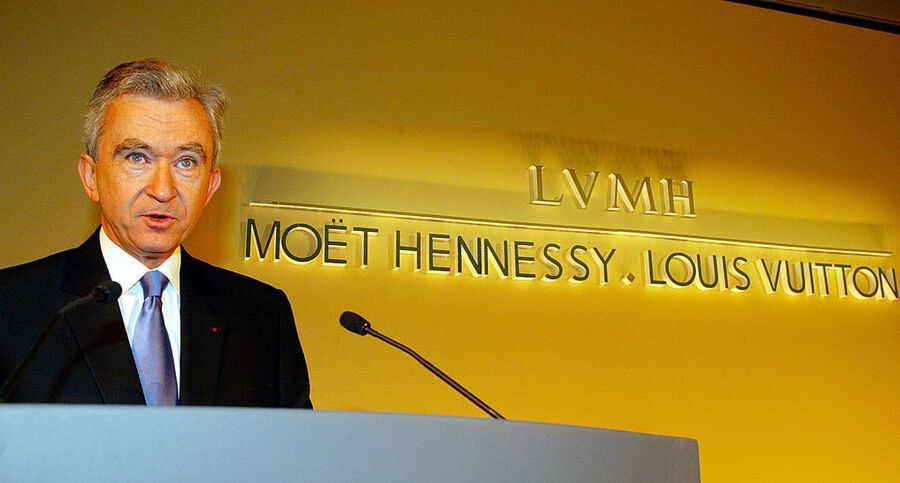 Arnault's ascension to the top three wealthiest people in the year has been swift. Back in November, he closed a $16 billion takeover of legendary jeweler Tiffany's. This was a long-held dream of Arnault's. In January a surge in the stake of his LVMH luxury goods conglomerate surged and briefly made him the richest person in the world. His company again made news when it bought a tennis-ball sized diamond that is the second largest diamond ever unearthed.

As to why Arnault's fortune has suffered so much more than other billionaire in the current stock market volatility—the answer is pretty simple. Arnault's LVMH deals in luxury goods. The firm is the holding company for a number of luxury brands including Louis Vuitton, Dior, Moet and Chandon, and Fendi. The luxury category is very vulnerable to economic and stock declines. Shares of LVMH have fallen by 24% since January.