As I type this article, French billionaire Bernard Arnault is officially the second-richest person on the planet. Bernard has never ranked this high on our list of the richest people in the world. It's the first time since at least 2016 that someone other than Bill Gates, Elon Musk or Jeff Bezos has held the #2 slot. 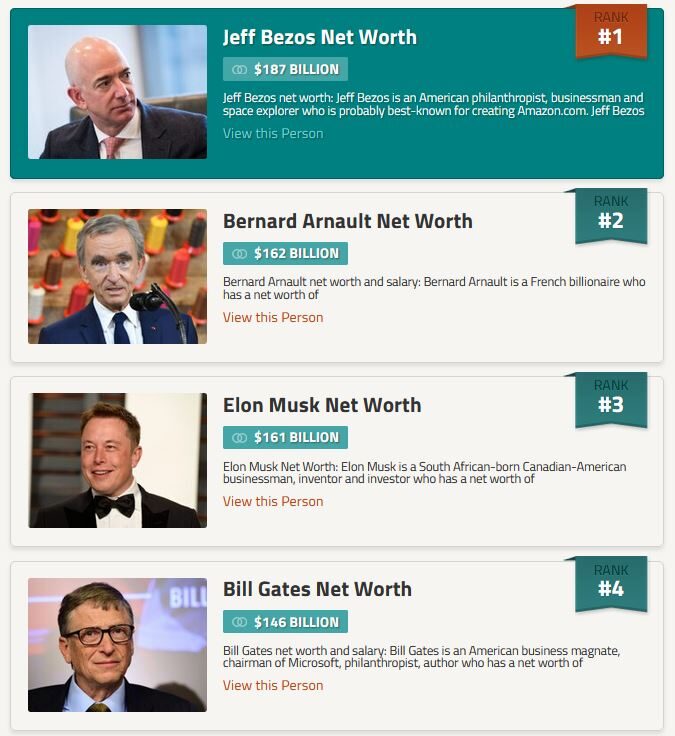 His net worth continued to explode into the first month of 2021. On January 6, 2021, Elon's $195 billion topped Jeff Bezos, allowing the Tesla/SpaceX tycoon to claim the title of richest person in the world for the first time. He held that title for a few weeks as his net worth topped off at $210 billion.

The last few weeks have been less kind to Elon. His fortune has faded thanks largely to a lagging Tesla stock price.

With a current net worth of $161 billion, Elon Musk is now $50 billion off his all-time peak.

A year ago, the stock price of Bernard's luxury goods company LVMH was $77. On Tuesday LVMH closed at $151.

Bernard's net worth has increased $47 billion since January 1. No one on earth has gained as much in the same period.

Arnault and his immediate family own more than 47% of LVMH, which is the world's largest maker of luxury goods. The company currently has a market cap of $382 billion.

If you had asked the average person that question a few weeks ago, they probably would have replied, "Who on earth is Bernard Arnault?". Today I think the answer is YES, I definitely can foresee a day in the near future when Bernard Arnault tops Jeff Bezos to become the richest person in the world.

Jeff's net worth certainly hasn't been crashing in recent months, but it's has been cooling off. Jeff's fortune is down around $3 billion from where it sat on January 1. For most of 2021 Jeff Bezos' net worth as fluctuated between $185 and $190 billion.

Here's one way to analyze the question –

Amazon's stock exploded as everyone was trapped at home in 2020 ordering absolutely everything off Amazon. How does Amazon revenue perform as people start getting back out in the world? And as the global economy continues to recover and we enter the second coming of the roaring 20s, perhaps people will load up on booze and luxury goods sold by LVMH?

CAVEAT: I own some Amazon stock in a retirement account, so selfishly I hope that's NOT what happens. It's just a hypothetical from a non financial expert.