Earlier today I saw someone promoting a "Zoom yoga" class on Facebook. It struck me how weird that phrase would have sounded just a few months ago. I mean, imagine how incomprehensible the following sentence would have been back in February: "Damn. I just looked at my calendar and I have like five one hour Zooms in a row." That would have made zero sense. Zooms? What are you talking about? Are you ok???

Out of curiosity, I  just searched my email history to find the first instance of someone inviting me to a Zoom. It happened on January 13, 2020. Here's what the person said:

"I can chat anytime between 12-2pm EST.  Just let me know and I'll send you a Zoom invite."

And here's my actual reply:

"How about 1pm? And would it be possible to speak over phones as opposed to zoom? I'm on a PC so I don't think I have that program."

I say all this to illustrate just how much our lives have changed since mid-March. Now that many of us are stuck working from home, Zoom has become an integral part of daily life. Businesses might never go back to the old system. Had we never experienced this pandemic, it's likely most of us would never have needed to use "that program".

This paradigm shift has had an enormous impact on Zoom's business prospects. And no one has felt that impact more than Zoom's founder/CEO Eric Yuan.

Eric founded Zoom in 2011. By 2015 they had 40 million customers, pretty much all of whom were business-to-business, as opposed to regular users.

Zoom stock soared 72% on its first day of trading, ending the day with a market cap of $15.7 billion. That market cap valued Eric's 19% stake at $3 billion. Here's a picture of Eric and some key employees/investors on the day of the IPO: 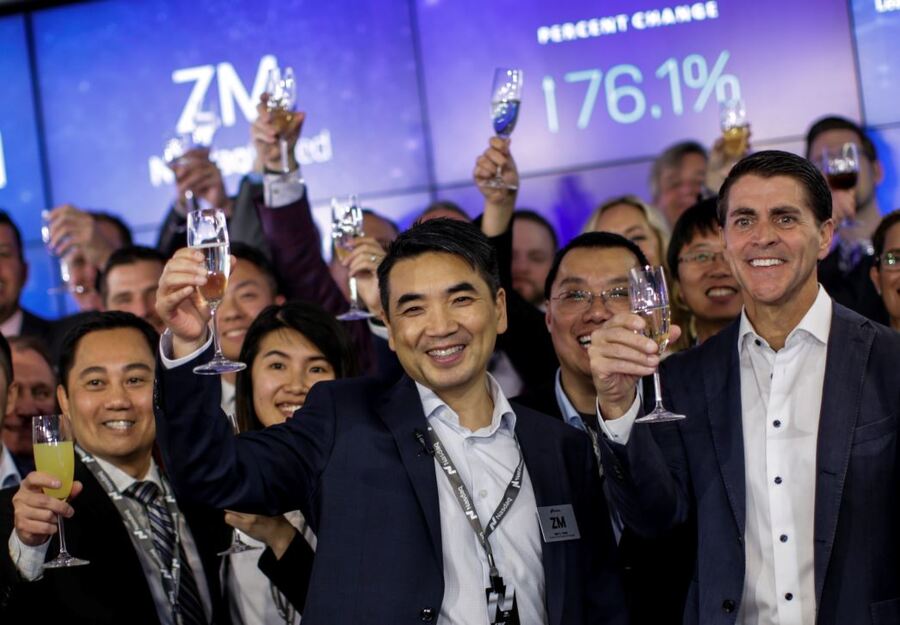 Below is a chart showing Zoom's stock price from April 2019 to today.

Note the dotted line showing a share price of $114.32 on March 6, 2020, just before the United States basically went full lock down nationwide. And note today's current share price of $275: 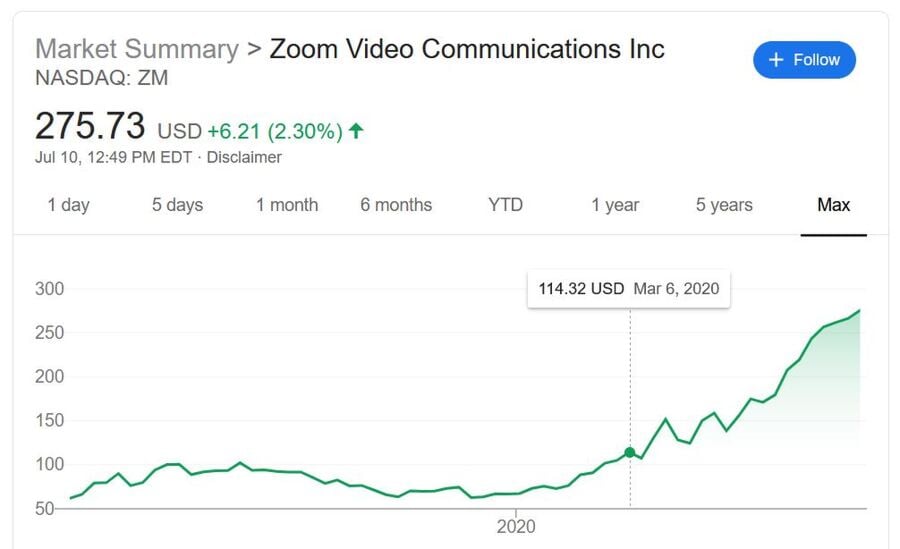 Jeff Bezos Net Worth: The Amazon founder's net worth has increased $74 billion since January 1st, from $116 billion to $190 billion.

Elon Musk Net Worth: The Tesla/SpaceX tycoon has seen his net worth increase $37 billion, from $28 billion to $65 billion.

MacKenzie Bezos Net Worth: Jeff's ex-wife received 20 million shares of Amazon in April 2019 in their divorce settlement. At the beginning of the year she was worth $37 billion. Today she's worth $63 billion, an increase of $26 billion.

Steve Ballmer Net Worth: The former Microsoft CEO and Clippers owner has seen his net worth increase by $19 billion, from $58 billion to $77 billion.