By Amy Lamare on August 9, 2016 in Articles › Billionaire News

Russian loyalty is a finicky thing. Especially amongst the billionaires in President Vladimir Putin's inner circle. One minute you're in his good graces and then next your company's offices are being raided, your employees threatened, and your assets seized. This is almost what happened to billionaire Brooklyn Nets owner Mikhail Prokhorov in April. Now he faces a full court press from the Kremlin and must decide whether to stay true to his homeland or fully embrace his adopted country, the United States.

Back in April, Prokhorov got word from the staff of his media company RBC that masked agents of the Federal Security Service (the KGB's successor) had raided the offices of their headquarters and his other companies. This is not a good sign. The very next day, Prokhorov boarded his private jet for the nine hour flight to Moscow. 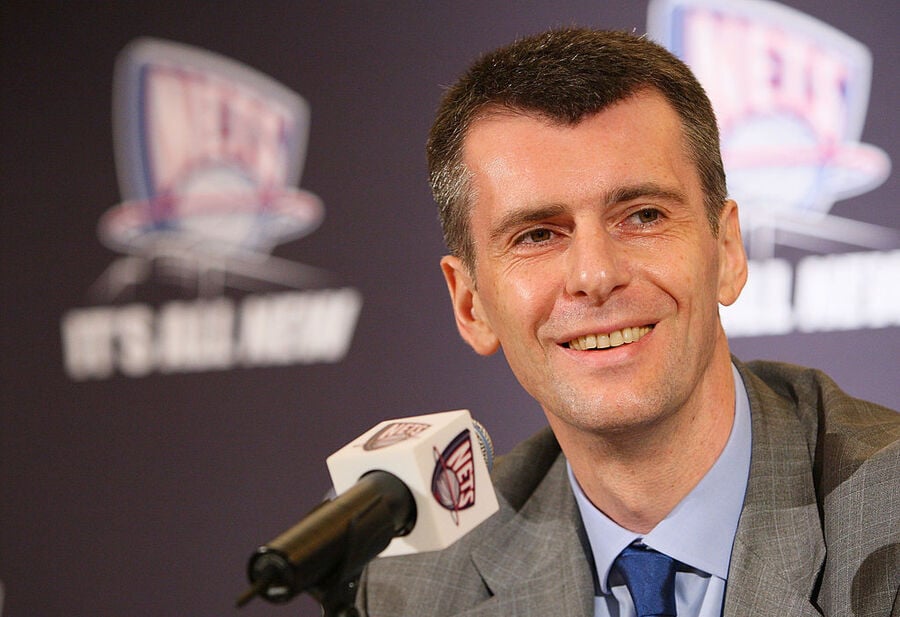 It appears that RBC has angered the Kremlin with investigative reports on the business interests of Putin's close relatives and friends. This despite decades of Prokhorov cow towing to Putin in order to gain and then stay in his favor.

Prokhorov is attempting to execute a swift shift – and with good cause, he knows what the Kremlin under Putin is capable of and how ever-changing the President's definition of loyalty is.

Prokhorov made his fortune in the 1990s with his then partner Vladimir Potanin. The duo started a bank and later bought control of metals giant Norilsk Nickel during the privatization era. In 2007, Potanin (who recently backdated his divorce from his wife of 30 years) pushed Prokhorov to split their holdings. During the split, Putin intervened at Prokhorov's request when Potanin tried to force him to accept a bargain basement price for his stake in Norlisk Nickel. Prokhorov wound up with nearly $10 billion in cash and other assets.

Prokhorov is a basketball nut, so in 2010 he bought the Brooklyn Nets. He is the first NBA owner from outside of North America.

At the same time, Prokhorov tried to keep things copacetic in Russia. He moved his legal residence to a remote town in Siberia so that the hundreds of million he pays in taxes would help the impoverished region. He even mounted a campaign for President in 2012 – not to be President – but to lend an air of legitimacy and competitiveness to Putin's reelection campaign. That's either a good friend, or someone who knows where his bread is buttered and doesn't want to get on the wrong side of the dastardly Putin. Prokhorov is no dummy, folks.

In the end, though, none of this was enough.

Back in 2013, Prokhorov hired some top notch journalists to turn sagging RBC around. Those journalists started looking into things that the Kremlin forbids the media to look into (such as the business interests of Putin's friends and family). The Kremlin told Prokhorov a number of times that his journalists were crossing the line. Prokhorov would instruct his staff to make adjustments and they would, only to get another warning from Putin's henchmen. Neither Prokhorov nor his journalists could keep track of just where this proverbial line was, it shifted so much.

So, by the end of 2015, Prokhorov had had enough. It was too hard to keep track of the Kremlin's rules for determining the behavior and loyalties of its oligarchs. Prokhorov realized that only businessmen in Putin's inner circle could succeed and he was clearly not a member of that circle.

In April, Prokhorov's RBC published information from the Panama Papers that linked a number of high ranking Russian officials to shady offshore accounts. Putin was not implicated in the story, but on the cover of the magazine featuring that story was a picture of Putin. But, as you can clearly see, Prokhorov directly defied the directive of the Kremlin. Good for him!

Four days later, the Federal Security Service raided the offices of Prokhorov's companies in Moscow, seeking evidence in a tax-evasion case that predated his ownership – which is a classic Russian ruse the Kremlin uses to unlawfully gain control of the companies of people they disagree with or whom they think have amassed too much power, money, or both.

It is no wonder then, that Prokhorov prefers to focus on his life in the U.S. As owner of the Nets, the 6'8″ basketball fanatic  pals around with Beyoncé and Jay-Z. That has to be preferable to always looking over one's shoulder wondering when Putin is going to decide he's pissed off at you and seize your assets – or worse.

Other Russian billionaires such as Roman Abramovich and Mikhail Fridman have also pulled their main assets out of Russia and placed them in Europe or the U.S. Others who have stayed in Russia and maintained both their innocence and their fealty to Putin, such as oil tycoon Mikhail Khodorkovsky, have faced criminal charges in Russia and been forced to cede their companies and fortunes to the Kremlin.