Bashar al-Assad And Family Control A Massive Amount Of Money

We recently covered how a mild-mannered ophthalmology student became one of the world's most brutal dictators. However, Bashar al-Assad's rise to power is only part of the story. Violent regimes do not exist in a vacuum. They are almost always about money – getting it, keeping in, stealing it… just money.

The U.S., Britain, and Switzerland have been attempting to freeze all assets of the al-Assad family – that's what civilized nations do when human rights violations and corruption are running rampant in a country. That has proven to be hard, as the Syrian dictator has spread his assets out. They are thought to be held in Russia, Dubai, Hong Kong, Lebanon, Morocco, and offshore tax havens to keep them safe from the risk of seizure.

Bashar al-Assad has a net worth of $1.5 billion personally but that's just an estimate of his easily cashed-out wealth. Reports have surfaced that claim during peacetime, al-Assad and his close circle of family and friends have a combined net worth equal to 3/4 of the entire economy of Syria. They have interests in real estate, factories, energy plants and licenses to sell foreign goods. None of those are easy to liquidate when there is a need for fast cash or a quick getaway, however. 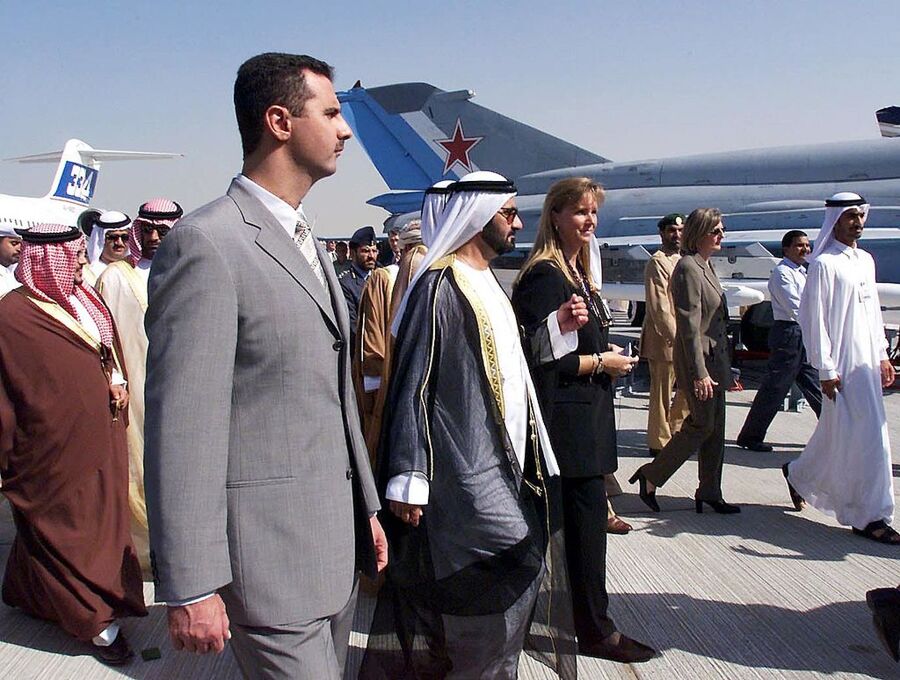 Al-Assad's assets are buried in a plethora of companies and trusts set up specifically to disguise assets and wealth belonging to the Syrian regime.

The UK has frozen millions of the dictator's assets but that doesn't even make a dent in al-Assad's accounts. Over the past 14 months, British officials have frozen more than $124 million of the regime's assets. Likewise, Swiss authorities have frozen 50m Swiss francs ($49.6 million), that belong to him and his top officials, over the past several months. The government of Switzerland has targeted roughly 127 Syrian officials and 40 companies with ties to al-Assad's regime. Brussels has also been on a mission to freeze the assets of 129 people and 49 companies with ties to the Syrian regime – they just have to find them first.

In 2016, Switzerland froze about $3.2 million in funds in a bank in Geneva belonging to al-Assad's cousin, Hafez Makhlouf. Makhlouf was suspected of money laundering. He appealed the seizure of his funds on the grounds that the money was placed in the Swiss bank prior to the sanctions the Swiss put on Syria in May 2016. He won that appeal and the money was unfrozen.

Rami Makhlouf, Hafez's brother, is the al-Assad family's key fixer. He has amassed an enormous fortune since Bashar al-Assad rose to power in 2000. He is the richest man in Syria, believed to have a net worth of around $5 billion.

The fact is, al-Assad is greedy. He has been unwilling to share Syria's assets with a wide group of diplomatic and military officials. Consequently, he has had few friends to confide in during Syria's civil war.

When you total up the wealth of Bashar al-Assad and his extended family it is staggering. The al-Assad regime's wealth is somewhere in the neighborhood of $60-122 billion when you add up their real estate holdings, oil, art, and cash.

Now, officials around the globe are trying to find and freeze all of those assets in an attempt to cut Bashar al-Assad off where it hurts him the most: his wallet.