Baseball Is Almost Back! Meet The Billionaire Owners Of The American League.

Baseball is almost back! Sure, we're not going to be chowing down on Dodger dogs and grabbing a beer at Chavez Ravine (thanks a lot coronavirus!), but we will get America's favorite pastime on our televisions sooner rather than later. Plans are to have a mini-season of 60 games starting in late July, at least as of now. With Covid-19 raging out of control from coast to coast, things can change quickly. Behind the scenes, the owners of Major League Baseball teams have been trying to find ways to make their sport viable during a global pandemic. Cable sports channels have been airing classic games. Basically, the public is clamoring for baseball. Fortunately, we don't have to wait too much later. Let's take a look at the owners of the teams in the American League and how they made enough money to own a Major League Baseball team.

Peter Angelos is a legendary attorney from Maryland. He won billions in judgments against the tobacco industry and for clients in asbestos lawsuits. As successful as his legal career was, Angelos is considered to be a controlling and impatient owner, in a bad way. The turnover rate of his front office executives is about the worst in the league. In fact, in 2009, Angelos was given the title of the "Worst Owner in Baseball" by Sports Illustrated.

John Henry began his career trading agricultural futures and opened his own company, John W. Henry and Company, in 1981. He began marketing his management to the largest commodity brokerage firms in America. In 1989, Henry moved to Westport, Connecticut. Henry, a former owner of the Florida Marlins, bought the Boston Red Sox in 2002 with the express goal of "breaking the Curse of the Bambino." In October 2010 Henry's Fenway Sports Group took over Liverpool F.C. Henry owns the Boston Globe. 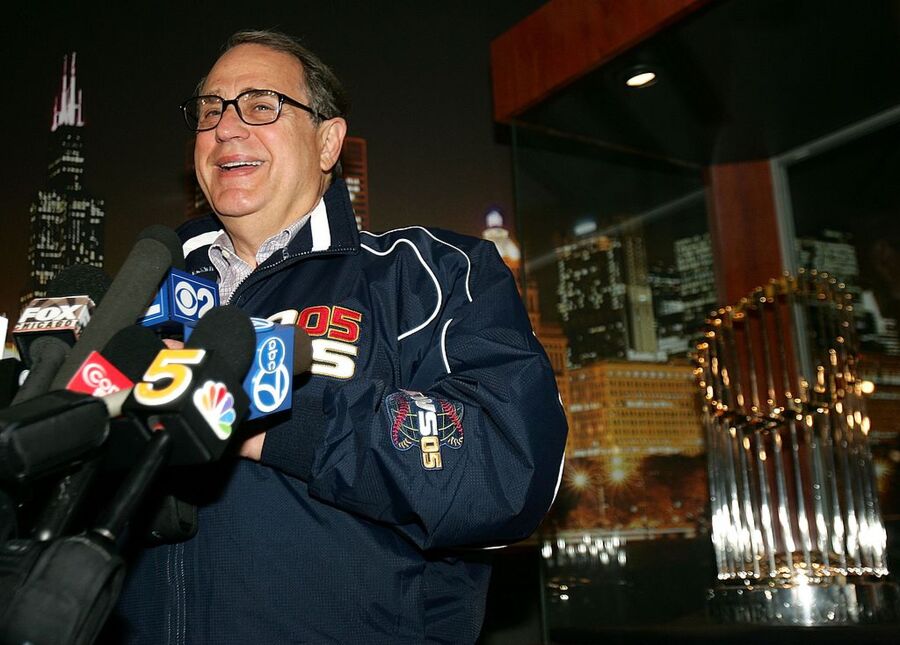 Jerry Reinsdorf made his money in real estate partnership tax shelters. In 1982 he sold his company to American Express for $102 million. He is probably most famous for being the owner of both the Chicago White Sox and the Chicago Bulls. He has been the head of both teams for more than 35 years and has met with both great success and controversy regarding his handling of key team members, such as Michael Jordan and Phil Jackson. Reinsdorf is one of MLB's anti-union owners.

Charles Dolan is the family patriarch. He founded Cablevision in 1973 and sold it for $17.7 billion in 2016. Larry Dolan is his brother and Paul Dolan is his nephew. Over the 20 year tenure of the Dolan family's ownership of the Indians, there have been just four primary managers and three general managers.

In 1984 Jim Crane borrowed $10,000 from his sister to found Eagle USA Airfreight, which would eventually morph into Eagle Global Logistics. Eagle Global went public in 1995 and at its peak had hundreds of millions in annual revenue and more than 100,000 employees. In addition to owning CCG, he is also a shareholder in Western Gas Holdings and Crane Worldwide Logistics, LLC, and he is also the director of Fort Dearborn Life Insurance Company and Champion Energy Holdings, LLC. He is also the top-ranked CEO golf player in the nation, and owns The Floridian National Golf Club. The Astros won the 2017 World Series. It was later revealed the team cheated.

John Sherman is the founder of Inergy, which merged with Crestwood Holdings in 2013 to create one of the largest energy companies in North America. Sherman was a minority owner of the Cleveland Indians for three years before he bought the Royals. He bought the team from David Glass, who had owned the team since 2000.

Arturo Moreno is the first Mexican-American owner of an American professional sports team. A Vietnam veteran, he launched his career in outdoor advertising when he was hired by Eller Outdoor in the early 1980s. In 1984, he moved to Arizona where he went to work for a company called Outdoor Systems. In 1996, by this time he was running the company and was a major shareholder, Arte took the company public. The IPO was extremely successful. In 1998 Infinity Broadcasting acquired Outdoor Systems for $8 billion in stock. He took over the Anaheim Angels from the Walt Disney Company in 2003. He then re-branded the team as the Los Angeles Angels.

Jim Pohlad's father Carl bought the Twins. Jim took over after his father's death in 2009. He and his brothers, Bill and Bob, run a group of more than 30 Minneapolis-based businesses that they inherited from their father. Carl Pohlad was a self-made billionaire who founded a banking and financial services firm in the 1950s. Jim graduated from USC with a degree in accounting and is a CPA by trade. He is the face of the franchise and is accessible to both fans and the media alike.

Hal Steinbrenner inherited the team from his father, George Steinbrenner when he passed away in 2010. George was most famous for being the owner of the New York Yankees for 37 years. His tenure as owner of the Yankees is the longest in team history. Steinbrenner, along with several partners, purchased The New York Yankees from CBS Broadcasting in 1973 for only $10 million. Steinbrenner contributed just $170,000 of the $10 million purchase price. Over time he acquired around 60% of the team. Today The Yankees are worth $3-4 billion. The team won 11 pennants and 7 World Championships under his ownership.

John Fisher is the son of Gap founders Doris and Donald Fisher. John used his inheritance to buy The Oakland A's. Fisher holds a bachelor's degree from Princeton and an MBA from Stanford. He also owns two soccer teams, the MLS's San Jose Earthquakes and Scotland's Celtic FC. He's tasked with putting together a deal for a new stadium to keep the A's in Oakland but get them out of their decrepit home at the Oakland Coliseum.

In the 1980s, John Stanton headed up a number of wireless companies. Today, he's the chairman of the private equity firm. Trilogy International Partners. In 2016 it was reported that John W. Stanton held $45 million of stock in companies including Columbia Sportswear and General Communication Inc. Stanton served as the chairman of the board of trustees at Whitman College where he graduated from. In 2014 he joined Microsoft's board of directors. Stanton was a minority owner of the Seattle Mariners before he was appointed new CEO in 2016 and formally purchased the team later that year.

In 1978, Stuart Sternberg began his professional career trading equity options part-time at the American Stock Exchange while attending St. John's University, where he earned a degree in finance. After college, Sternberg was hired by investment group Spear, Leeds & Kellogg, eventually becoming a partner in the firm before moving to Goldman Sachs, retiring from that company as a partner in 2002. Sternberg purchased a 48% plurality-share in the previously named Devil Rays (now known as the Tampa Bay Rays) in May 2004 and took over as Managing General Partner in October 2005. He arranged his bid for controlling interest in the team with fellow Goldman Sachs partner Matthew Silverman, whom he hired as the team's President.

Ray Davis co-founded Energy Transfer, the pipeline and natural gas company in 1995. In 2017, the company finished working on the controversial Dakota Access Pipeline. In 2010 Davis teamed up with the founder of XTO Energy, Bob Simpson, to buy the Texas Rangers or $593 million. Simpson sold XTO Energy to ExxonMobil for $41 billion in 2010.

Edward Rogers III is the chairman of Rogers Communications and Rogers Bank as well as director of Maple Leaf Sports & Entertainment. Rogers was instrumental in the launch of the Blackberry through Rogers wireless.