By Amy Lamare on July 3, 2020 in Articles › Billionaire News

Melanie Perkins is the 32-year-old founder of the graphic design program Canva, which, thanks to a surge in users during the coronavirus pandemic, has reached a valuation of $6 billion. This makes Canva the most valuable private company in Australia, topping the valuations of Richest Australian Gina Rinehart's Hancock Prospecting, and the late Richard Platt's Visy Industries. Canva has been on a run all around – it just closed a funding round of $60 million from venture capitalists across the globe. Perkins co-founded Canva with her 34-year-old fiancé Cliff Obrecht. She is now the third-richest person in Australia and the country's youngest billionaire.

Perkins was born in Perth, Australia. She's been an entrepreneur since she was a teenager. At 14, she started making handmade scarves that were sold in stores all over Perth. She attended Sacred Heart College in a suburb of Perth and then went on to the University of Western Australia, also in Perth, to study Communications, Psychology, and Commerce. She dropped out, however, because she had an idea for a company called Fusion Books, which she launched. It's a design tool for high school yearbooks and a pre-cursor to her breakthrough with Canva. When Perkins was 19, she started teaching other students about designing things. This led her to start Fusion Books, where students could basically create their own yearbooks using an easy drag and drop tool. Over the first five years, Fusion Books became the largest yearbook company in Australia, similar to Jostens in the U.S. Fusion Books also expanded into nearby New Zealand and farther away in France during its first five years in business. 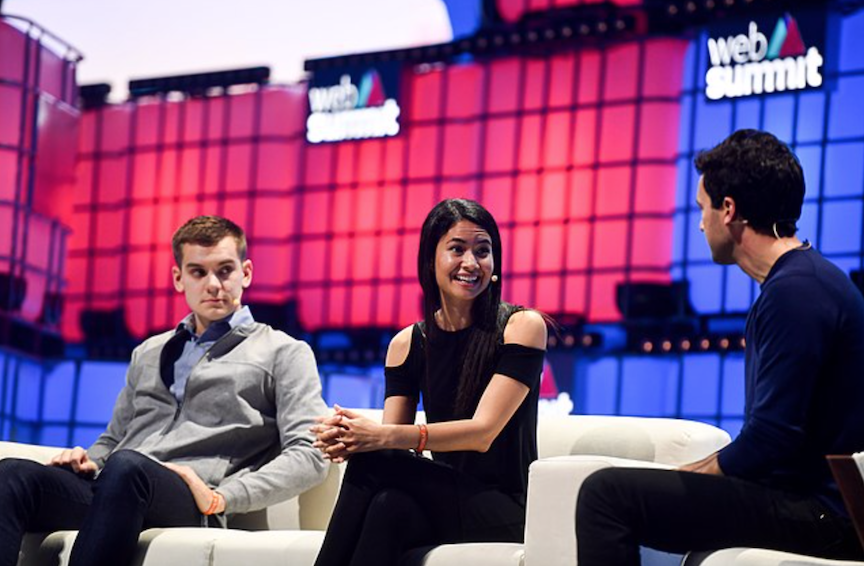 In 2012, Perkins alongside co-founders Cliff Obrecht and Cameron Adams launched Canva. The company is a graphic design platform on the web and mobile where users can create graphics for social media, posters, presentations, and other content. During its first year of business, Canva had more than 750,000 users. In 2015, the company launched Canva for Work, to give businesses an easy platform for creating marketing materials. Canva has had several recent funding rounds, including $40 million in early 2018 which valued the company at more than $1 billion. In May 2019, Canva raised another $70 million, which valued it at $2.5 billion. In October 2019, the company raised $85 million to value Canva at $3.2 billion. Additionally, Canva did not have any problems raising money during the coronavirus pandemic, as is evidenced by its recent $60 million funding round. Melanie Perkins's net worth was north of $1 billion before the latest valuation. She is the CEO of Canva and has 950 employees in three offices in Sydney, Australia; Manila, Philippines; and Beijing, China. Alongside a who's who of Silicon Valley venture capitalists, Owen Wilson and Woody Harrelson are also investors in Perkins' company.

Today, Canva has more than 30 million active users each month. During the pandemic, Canva, unlike most companies, has been growing and hiring. The company hired 60 new employees in the Sydney office during the pandemic. In 2018, the company had $86.3 million in revenue. Canva has nearly doubled in size since September 2019, which is why it sought additional funding.

Could Canva's IPO be all that far off?