By Travis Pulver on October 16, 2015 in Articles › Billionaire News

The Atlanta Falcons are one of the best surprises of the NFL season so far. Teams with first year head coaches typically don't generate high expectations. Tack on the lackluster season they had last year and there was no reason to believe the Falcons would be one of six undefeated teams just five weeks into the 2015 season.

It has to make team owner Arthur Blank pretty happy, but the man is worth $2.6 billion. Chances are he's always happy. Who wouldn't be, considering how many of the digits in his bank account balance appear before the decimal point? 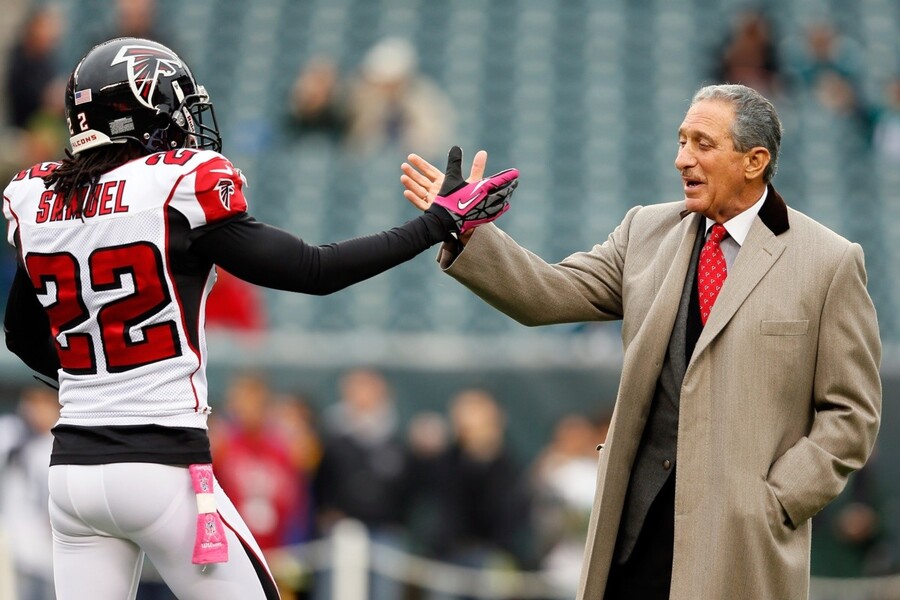 It all started when he was fired from his old job.

The Babson College graduate had worked as an accountant for several companies before becoming Vice President of Finance for the Handy Dan Home Improvement Centers. Life was good until one fateful day when he and Handy Dan CEO, Bernard Marcus, were fired during a budget meeting.

"Looking back, if it wasn't for that Moment – and the co-founding of Home Depot – what would I be doing today? Probably doing financial planning or filling out tax returns or something of that nature," Arthur said in an interview.

Rather than sit at home and lick his wounds after getting fired, like most people would do, he and Marcus decided to open their own place, called Home Depot. New York investment banker Ken Langone assembled the investors for the duo and the rest is history. At first, Blank and Marcus had to hand out dollar bills in the parking lot to entice people into coming inside. Fast forward a few decades, Home Depot is everywhere, and both Blank and Marcus are billionaires.

Blank served as company president for 19 years before taking over as CEO after Marcus, but then retired in 2001. Rather than go fishing, he instead decided to buy a football team, the Atlanta Falcons. In 2002, he paid Taylor Smith, the son of the team's founder, $545 million for the team. It is now worth $1.67 billion, and considering the way the league is generating revenue lately, it would not be shocking to see the Falcons valued at $2 billion sometime in the near future.

A longtime fan of the team, Blank decided that he would rather buy the team and help it become successful, rather than sit on the sidelines and complain about the team losing.

"I'm a very competitive person and I love competition, I love to win and I was constantly frustrated as a season ticket holder about the Falcons and the experience," Arthur said in an interview. "The Falcons, in 42 years never had back-to-back winning seasons, which is kind of unbelievable and not widely known in Atlanta."

His love of sports and competitive nature led him to buy Atlanta's Arena Football Franchise, the Georgia Force, in 2004. Last year he paid the $70 million franchise fee to bring a Major League Soccer team to Atlanta, which will play in the $1.4 billion stadium he is building for the football team.

Blank now spends his days donating millions to non-profits around the country, through the Arthur M. Blank Family Foundation and enjoying the benefits that come from owning the Atlanta Falcons, the Atlanta Falcons Physical Therapy Centers, PGA TOUR Superstores and the 9,000-acre Mountain Sky Guest Ranch in Montana.

So if you happen to get fired from your job at any time in the near to distant future, don't sweat it. With the right idea and the right investors, you too can be like Blank and reinvent yourself while in your late 30s and become a billionaire. 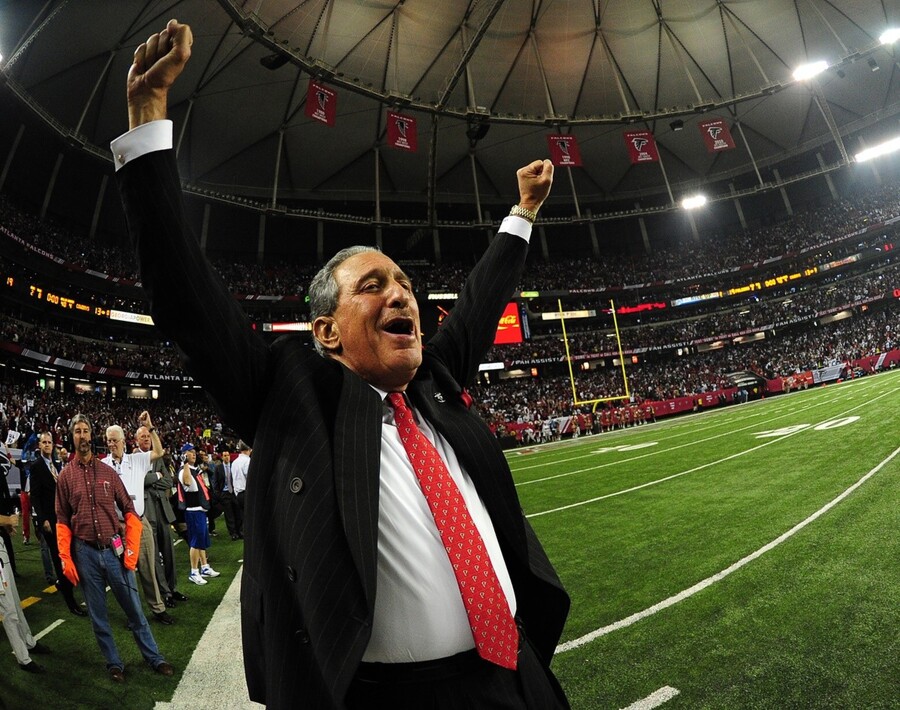 Photo by Scott Cunningham/Getty Images
Did we make a mistake?
Submit a correction suggestion and help us fix it!
Submit a Correction