As I Type This Article Vitalik Buterin Is Worth $21 Billion

When the price of Ethereum topped $3,000 a week ago, the net worth of the currency's co-founder, Vitalik Buterin, officially crossed $1 billion for the first time. As someone who has tracked and studied wealth for over a decade, I'm still not quite comfortable with the idea of someone reaching billionaire status thanks to cryptocurrency. Don't get me wrong, I have no hard feelings for these crypto tycoons! Nothing but respect and envy. It's just difficult to come to grips with the the reality that real-life humans are making real-life 9-figure fortunes thanks to totally imaginary digital money. And then we have what happened to Vitalik this week. An ongoing situation that no words can really describe.

As I type this article, Vitalik Buterin's net worth is… 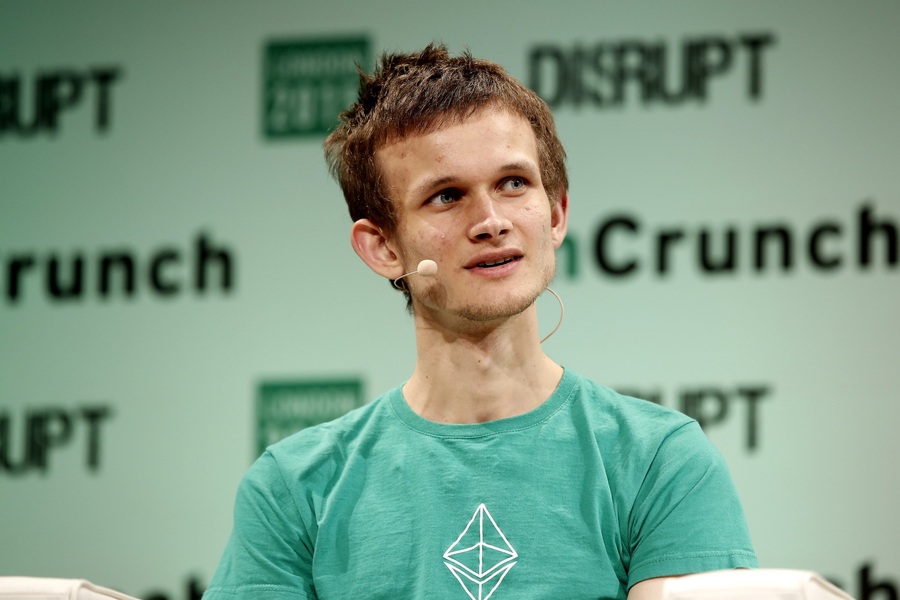 That is not a typo.

I have no idea what his net worth will be by the time you are reading this article, but if you'd like to check Vitalik's public wallet yourself, click here to view his full holdings at etherscan.io.

As I type this article, Vitalik's $21 billion net worth is made up of:

At $21 billion, according to our count of the 100 richest people in the world, Vitalik's current rank is:

What The Heck Is Going On?

If you know nothing about this story, you need to go back and read this article:

Vitalik Buterin is the co-creator of Ethereum, the world's second-largest cryptocurrency by market cap. As we mentioned previously, Vitalik owns 333,000 Ether. That collection is worth $1.3 billion right now.

Back in April, a group of anonymous crypto developers released a whitepaper to accompany their dogecoin knockoff, Shiba Inu, ticker symbol: SHIB. In the white paper the developers announced that they were gifting half of their currency's total circulation to Vitalik. Half the currency in circulation was 505 billion SHIB.

Vitalik had no clue and no connection to SHIB. The developers simply transferred 505 billion SHIB to his digital wallet. Anyone can transfer anything into someone's public wallet.

I reached out to a friend who is deep into the crypto world to understand what is going on. Here's what he told me:

"It's probably as a publicity stunt the worked phenomenally well. Thinly veiled as them burning half the coins in circulation, but they probably still own a shit ton of SHIB and are hoping the lack of supply and connection to Vitalik gives them legitimacy. But keep in mind, Vitalik could destroy [or "burn" in the crypto parlance] SHIB tomorrow if he simple sold his whole stake at once. Buying SHIB is a huge risk. Even still, I guarantee he's going to get a ton more coins dropped to him…"

And on that last point, sure enough that's exactly what happened. There are now dozens of random coins in Vitalik's account: 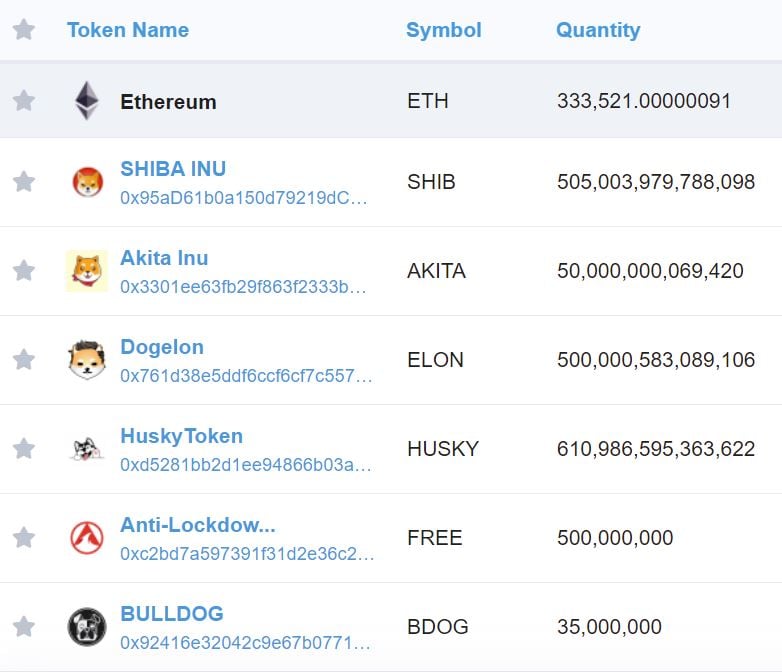 There are literally 41 pages of random, mostly-dog-themed, alt-coins now sitting in Vitalik's account. The vast majority are worth a couple bucks or less.

Why Is This Happening?!

I wish I had a good answer. Clearly some of this is a healthy dose of artificial manipulation mixed with extremely good publicity and trolling. Another obvious element is people sitting at home trying to parlay a couple grand into a 100x return by finding the next Dogecoin… which will probably called Fartcoin. People are sick of slow and steady stock market gains. There's trillions of new dollars floating around the world thanks to massive government stimulus.  Getting rich slowly through the stock market is so 2016. People want to get rich from alt-coins, baseball cards, NFTs and OnlyFans.

This video does a pretty great job of summarizing everything that's going on right now in the financial world:

We'll continue to update this story.

Where do you predict Vitalik's net worth will be in a week? More or less than $20 billion?