By Amy Lamare on October 9, 2015 in Articles › Billionaire News

Ng Lap Seng, a real estate billionaire from the Chinese controlled territory of Macau, was arrested in Manhattan in September. Ng is being held without bail on charges of lying to customs officials about the purpose of $4.5 million in cash he brought into the U.S. over a two-year period. Ng is also a part of a continuing U.S. federal bribery probe into billionaire Sheldon Adelson's Las Vegas Sands Corporation.

A criminal complaint was made public in September, which points to ties to the Las Vegas Sands Corporation. A subpoena was served Ng in July, 2014 in connection with a probe in Nevada involving the Foreign Corrupt Practices Act, which prohibits bribing foreign officials.

The target of that probe was not made clear, however Ng's name has come up again and again in a private lawsuit against Las Vegas Sands Corp.

Ng is the head of Macau based Sun Kian Yip Group and has made the bulk of his $1.8 billion fortune through developments in the Chinese gambling territory. His properties include the Fortuna Casino as well as Windsor Arch, a residential complex overlooking the Cotai Strip.

Ng and his assistant, Jeff Yin, were arrested for allegedly erroneously claiming that $4.5 million in cash they brought into the U.S. from China between 2013 and 2015 was intended to buy antiques, art, or real estate as well as be used for gambling.

However, after his arrest, Yin allegedly told authorities that the money was actually to pay people "to engage in unlawful activities."

Ng was previously tied to U.S. investigations into foreign money that may have been given to the Democratic National Committee before the 1996 Presidential elections. The DNC was working to reelect President Bill Clinton at the time. A 1998 report from the U.S. Senate said that Ng was in bed with Arkansas restaurateur, Charlie Tries, to funnel foreign funds amounting to hundreds of thousands of dollars into the Democratic National Committee.

Tries pled guilty to the scheme while Ng stayed out of the U.S. for five years while the probe was active. As a result, Ng was never charged.

Ng is also tied to a 2010 lawsuit against Las Vegas Sands Corp by Steven Jacobs, former CEO of Sheldon Adelson's Macau casinos. Macau is the only place it is legal to gamble in China, and Sands China, Ltd., a subsidiary of Las Vegas Sands, is one of six licensed casino operators in the territory.

Sands Corp believes that the Foreign Corrupt Practices Act investigations by the Justice Department and U.S. Securities and Exchange Commission were a direct result of Jacobs' lawsuit. 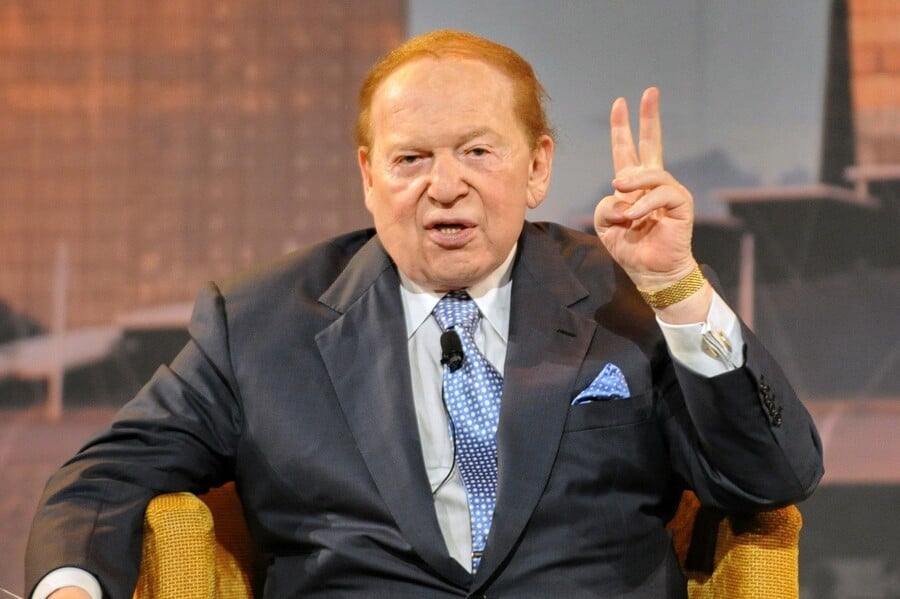 Jacobs states that he was fired from Sands Corp after he refused to give in to Adelson's demands to rehire attorney Leonie Elves. Elves, a Macau legislator, is also a close contact of Ng. It was Elves who allegedly told Sands Corp that Chinese officials would resolve issues related to a $1.4 billion real estate deal for a payment of $300 million.

There is no evidence that this payment to Chinese officials was ever made and Sands Corp denies any wrongdoing. Sheldon Adelson testified earlier this year and said he does not know Ng, had never sent any messages to him, and, in fact, had never heard his name until Jacobs' lawsuit.