How would you like to have a wedding featuring a nine-tier cake, three couture wedding dresses and a performance by Maroon 5? That's exactly how one lucky couple recently celebrated – for just over $2 million.

This past March, Russian oil fortune heir Said Gutseriev married Khadija Uzhakhovs in a wedding that saw Jennifer Lopez and Enrique Iglesias take the stage for a very special performance – but the recent nuptials of an Armenian billionaire's son and his wife are setting a new standard for ritzy summer weddings.

When 23-year-old Sargis Karapetyan and his Georgian bride, 25-year-old Salome Kintsurashvili, held their lavish Moscow wedding earlier this month, no expense was spared. From stunning decorations to unique and exclusive performances, the wedding that's setting the summer standard for extravagant did not disappoint – and it's all thanks to dad. 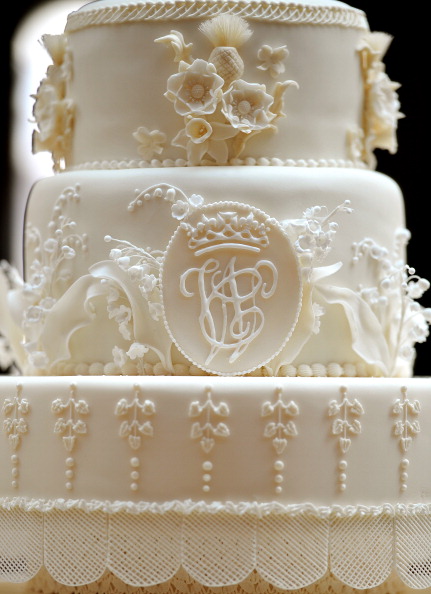 Armenian real estate mogul Samvel Karapetyan wanted his son and now-daughter-in-law to have an unforgettable day – and that's just what he did by footing the bill, which is estimated to have been more than $2 million (£1.4 million).

The celebration was booked at the very same spot as Gutseriev's March wedding (which was estimated to cost around $1 billion), Moscow's upscale banqueting venue, Safisa.

For the opulent affair, the dining hall was transformed into what can only be described as an enchanted forest. Flowers coated the walls, accompanied by fairy lights, crystal decorations and large, professional portraits of the happy couple.

A large part of the budget no doubt went towards the newlywed Salome's stunning assortment of wedding day jewelry and outfits.

The beaming bride boasted three separate designer dresses for the big day: a lace gown by Alessandra Rich, a traditional dress, and an Elie Saab gown, with an estimated price tag of upwards of $35,000.

Reports suggest that the new bride accessorized with $200,000 worth of jewelry, donning a Tiffany Savoy headpiece worn by Carey Mulligan in The Great Gatsby.

Another one-of-a-kind addition to the festivities that the happy couple will certainly never forget was the A-list entertainment. The Adam Levine-fronted band Maroon 5 took the stage to perform for the evening, performing hits like "Moves Like Jagger" to a crowd of 500 guests.

At one point, the bride even joined Levine on stage to sing along. Besides the popular American group, several popular Russian pop singers took the stage as well to woo the bride and groom.

The high-profile appearances didn't stop on the stage, however. The wedding guest list read as more of a "who's who" of Russia and Armenia's affluent circles. Several Russian television personalities and presenters were in attendance – and even the president of Armenia, Serzh Sargisyanu, showed up to give his blessings to the couple.

Lucky for the guests, there was plenty of extravagant food to keep the night going strong. The couple's nine-tier cake continued the elegant flower trend, towering above everyone and dominating the room with its unique look and oversized stature.

Despite the star-studded and extravagant evening, newlyweds Sargis and Salome didn't let glamour trump tradition. Salome changed into a traditional dress to perform with Georgian dancers – and of course, the couple performed a traditional dance of their own.

Fortunately for dad, Sargis and Salome's wedding won't be breaking the bank. The self-made businessman is owner of the real estate firm Tashir Group, a mega conglomerate that commands over 20 shopping centers, as well as hotels as office centers. As of 2013, he is the richest ethnic Armenian in the world, with a net worth of $4.3 billion.