Are Elizabeth Holmes And Her Revolutionary Blood Testing Company Running Out Of Time?

By Amy Lamare on February 10, 2016 in Articles › Billionaire News

Last fall, Elizabeth Holmes, billionaire CEO of Theranos, Inc. faced some serious heat when it was revealed that her innovative method of testing blood wasn't all it was cracked up to be. Holmes dropped out of Stanford more than a decade ago and used her tuition money to hone her idea – that a simple prick of the finger and the drop of blood it produced could then be used to test for thousands of diseases. Oh, and by the way, it would be crazy cheap for consumers.

Traditional blood testing requires vials and vials of blood and is expensive. With Theranos, you just walk into your local Walgreens, provide a few drops of blood from a finger, and for a bit over $5 you get a complete blood count panel (CBC). The standard cost of a Vitamin D test done the traditional way, for example, is $200. With Theranos, it is $20. It all sounds too good to be true, right? It seems that it was.

The Wall Street Journal revealed that Theranos was exaggerating the results of their technology. Several former patients who've used the Theranos tests in Walgreens Wellness Centers received very inaccurate results. What may be even worse for Theranos is the revelation that it doesn't use its much-vaunted technology for most of its tests. Instead, it uses traditional methods of blood testing. 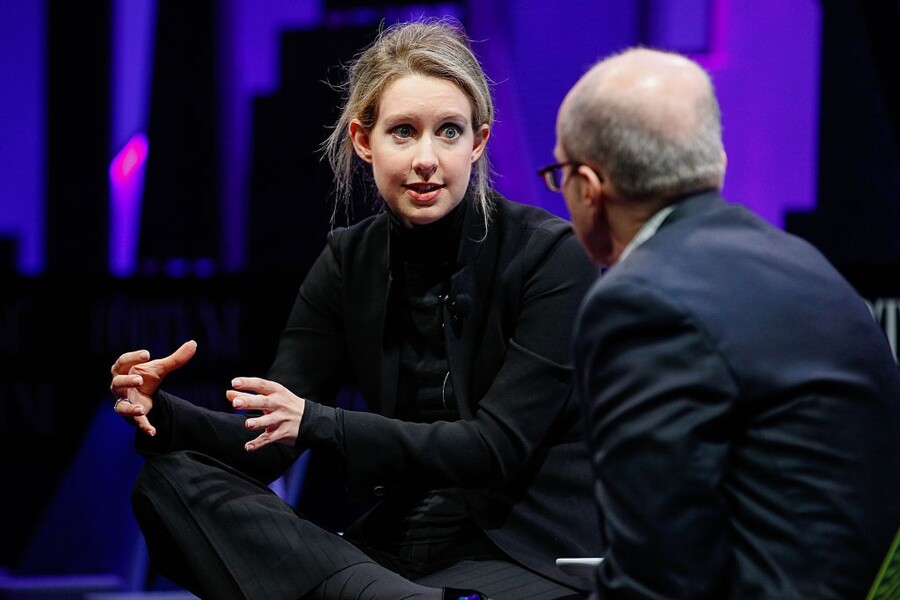 Holmes has been on the defensive ever since insisting that "What we need to do now is focus on the technology and focus on the science and the data and put that out there, because that speaks for itself."

As you can imagine, members of the medical community and investors have been waiting. And waiting. And unfortunately for Holmes, the news keeps getting worse.

The most recent blow to Theranos's technology comes from a report from the Centers for Medicare and Medicaid Services (CMS). That agency found that Theranos's lab in Newark, California is in violation of regulations on five separate counts. Additionally, the testing center inside of a Walgreen's in Palo Alto, California has been temporarily closed with a sign taped to the door that says it is closed until further notice.

Theranos's response to this new issue is the same as it has been all along. The company says it is on top of it. The question now becomes how long can Holmes and Theranos keep saying they are working on it without actually showing any proof of that they are making progress? It is safe to say that time is running out for the 32-year-old wunderkind and her innovative company.

The CMS inspection is a standard procedure that happens every two years. The inspection started on September 22nd and lasted for nearly three months, which is pretty unusual. However, CMS had already started testing at Theranos's lab when the news came out about the company's inaccurate results, so CMS intensified their inspection to make sure nothing was left out.

Theranos claims to have already taken steps to address the violations that surfaced during the CMS inspection. They hired a new lab director, among other things. Theranos has 10 days from the day the letter was received (January 26th) to convince CMS that the violations have been fixed.

But what about the long awaited proof that the technology behind Theranos's blood testing actually works? A spokesman for the company says that it has brought in outside experts to analyze their processes. Theranos claims to be trying to figure out the best way to release the results. However,the company will not give a date as to when it will be ready to release those results.

Holmes and her innovative blood testing procedures were the darlings of Silicon Valley for a long time. In fact, her company was so hot that Theranos was given a $9 billion valuation and attracted VIP board members such as Henry Kissinger. Elizabeth Holmes has a net worth of $4.5 billion.

The bulk of the investment rounds the company received were from 2003 to 2015–in the middle of the Silicon Valley bubble when billions of dollars were there for the taking. In recent months, the crashing stock market has ushered in a much more conservative attitude in investing. Without any clarity from Holmes and with the continued lack of information from Theranos, it isn't a reach to think that time is running out for both the company and for Holmes.