Another PayPal Founder Becomes A Multi-Billionaire In Epic IPO

By Amy Lamare on January 14, 2021 in Articles › Billionaire News

The founders of PayPal are often called the PayPal Mafia and for good reason. Not only did they fund the wildly successful PayPal, but they've also all gone on to do much bigger things since. Elon Musk is the founder of Tesla and SpaceX and the wealthiest person in the world currently. Peter Thiel went on to become an influential venture capitalist. Luke Nosek is also a successful venture capitalist. Reid Hoffman is the founder of LinkedIn. All four men are multi-billionaires. Now a fifth founder of PayPal, Max Levchin has joined them in the multi-billionaires club.

Levchin is the founder of online lender Affirm. He founded the company in 2012. It just made it's IPO, but we will get to that in a moment. The IPO prospectus revealed that shares were expected to sell for $33 to $38 each. At $38 per share, Levchin's 27.5 million shares would be worth a bit over $1 billion, and Affirm would be valued at $9.2 billion. Levchin's shares account for 11% of the total outstanding shares. 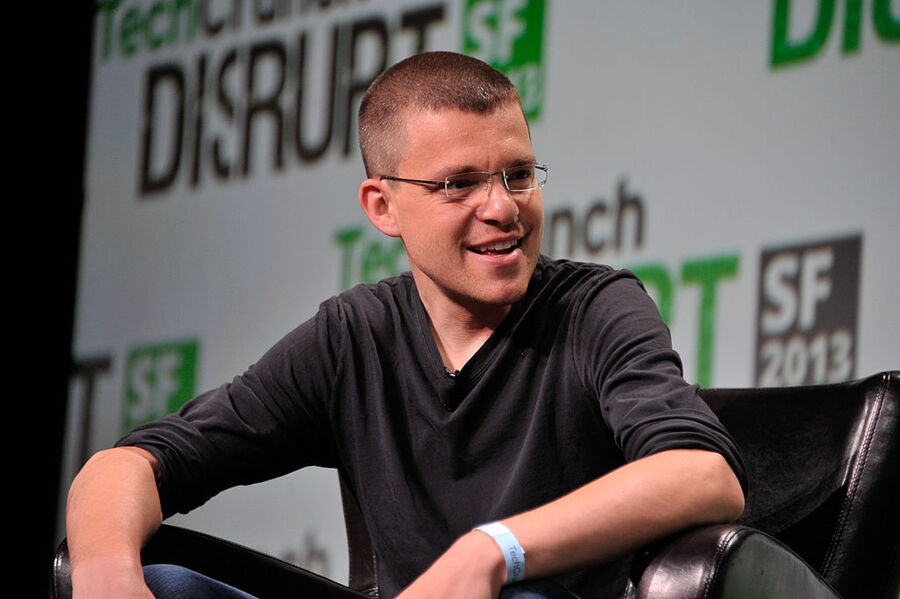 Levchin was born in 1975 in Kyiv, Ukraine, to a Jewish family. He moved to the U.S. in 1991 and settled in Chicago. He was a sickly child with respiratory problems and doctors did not give him a good prognosis for surviving into adulthood. His parents and grandparents thought taking up a wind instrument would help him improve his lung capacity, so Max learned how to play the clarinet. He attended the University of Illinois at Urbana-Champaign. While in college, Levchin founded SponsorNet New Media with fellow students Luke Nosek and Scott Banister. Levchin graduated with a bachelor's degree in computer science in 1997. He moved to Silicon Valley after college and Luke Nosek introduced him to Peter Thiel.

A year after graduating from college, Levchin and Peter Thiel founded Fieldlink. The company allowed users to safely store encrypted data on their PalmPilots and other handheld PDA devices, in what was one of, if not the first, digital wallets. They changed the company's name to Confinity, which then developed into PayPal, though that name was not adopted until 2001. PayPal went public in February 2002. At the time of the IPO, Levchin had a 2.3% stake in PayPal which was worth $34 million. Levchin served as the company's CTO and was best known for his work on PayPal's anti-fraud efforts. He is also the co-creator of the Gausebeck-Levchin test, which was one of the first implementations of what we know today as CAPTCHA. Levchin left PayPal a few years after it was acquired by eBay.

In 2004, he founded Slide, a media-sharing service for MySpace and Facebook. Google bought Slide in August 2010 for $182 million. After the acquisition, Levchin joined Google as vice president of engineering. Google shut down Slide almost exactly a year to the day after it was acquired and Levchin resigned. Levchin founded HVF in late 2011 to explore and fund projects in the area of leveraging data. Affirm was spun off of HVF in early 2012.

Affirm was co-founded with Nathan Gettings of Palantir Technologies and Jeff Kaditz of First Data. Affirm offers installment loans to consumers that are available at the point of sale, such as an e-commerce website or brick and mortar store. Levchin is the company's CEO. Affirm has grown rapidly over the last few years. It has partnered with online retailers to offer customers loans when they checkout. Consumers then can pay the loan back over three, six, or 12 months. Revenue nearly doubled in the fiscal year ending in June to $509.5 million. Peloton is Affirm's biggest partner and accounted for 28% of its 2020 revenue. Peloton accounted for 30% of Affirm's revenue in the last quarter as people stuck at home due to the coronavirus pandemic snapped up home exercise equipment more than ever before. Affirm's market cap entering its IPO was $10 billion.

The term PayPal Mafia has been floating around for about 15 years as founders and early employees of the company started YouTube, LinkedIn, Yelp, SpaceX, Tesla, and Palantir. Peter Thiel first became a billionaire from his early investment in Facebook. He has a net worth of $7 billion. Reid Hoffman co-founded LinkedIn in 2002 and sold it to Microsoft in 2016 for $27 billion. He has a net worth of $3 billion. Elon Musk, of course, is the man behind Tesla and SpaceX and the current richest person in the world with a net worth of $210 billion. Now Max Levchin has joined his former PayPal co-founders as a multi-billionaire too!