By Brian Warner on February 1, 2020 in Articles › Billionaire News

Anne Cox Chambers has died at the age of 100. Anne, the heir to and longtime overseer of business conglomerate Cox Enterprises, was worth $17 billion at her peak in 2016. That fortune made her one of women in America and the richest resident of Georgia. Technically she relinquished her shares in the family business to her children in 2016 for tax and estate planning purposes.

Anne Cox was born on December 1, 1919 in Dayton, Ohio. Her father James Cox, Sr. founded what today is known as Cox Enterprises. He served as the 46th and 48th Governor of Ohio and a US Representative from Ohio. James Sr. also ran for President unsuccessfully several times.

A journalist by training, in 1898 James Sr. bought the Dayton Daily News. Within two years he transformed it into one of the most successful local papers. In 1905 he acquired the Springfield Press-Republic and renamed it the Springfield Daily News.

While he focused on politics, his son James Jr. took a bigger role in the family business. James Jr. was instrumental in the company's expansion into radio. In 1939 the family bought the Atlanta Journal and Atlanta's WSB radio.

In the 1950s the company expanded into broadcast cable systems in Georgia and Pennsylvania.

Jim Cox Jr. established Cox Enterprises in 1968 to serve as an umbrella corp for the family's media empire.

When James Jr. died in 1974, Anne and her sister Barbara took he reigns. 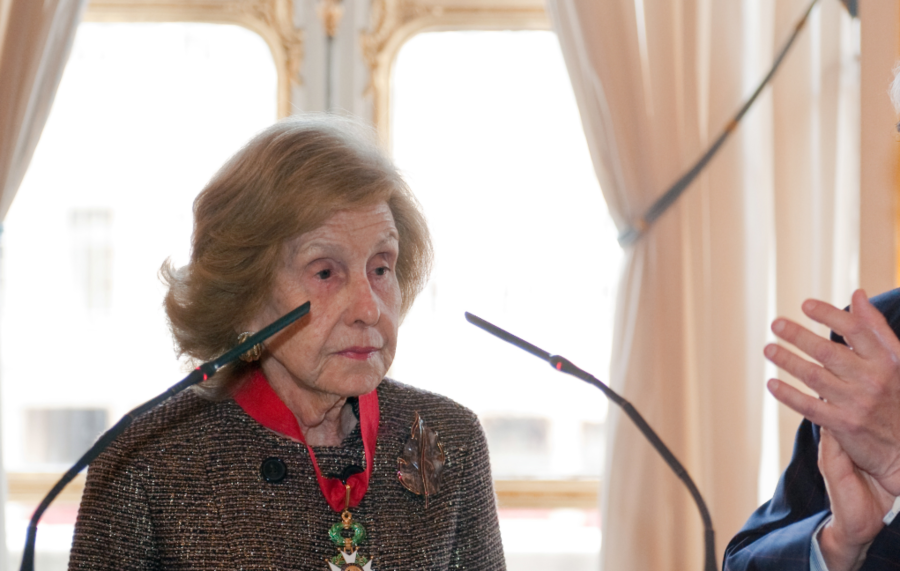 Over the decades, Cox Enterprises would grow into a media behemoth. Today Cox generates more than $20 billion in annual revenue and employees around 55,000 people. Cox Enterprises is still a privately held conglomerate. Its most notable assets include cable company Cox Communications, Kelley Blue Book and AutoTrader.

Anne was married twice and had three children. She married her second husband, Robert W. Chambers, in 1955. In 1970, Robert and Anne were two of Jimmy Carter's most generous backers while he was running for President. Upon his election, Anne was appointed US Ambassador to Belgium.

For Jimmy's 1976 campaign she went door-to-door across multiple states stomping for his re-election. Decades later she would do the same for John Kerry who at the time was trying to beat incumbent George W. Bush.

Unlike many billionaires of her ilk, Anne vehemently opposed tax cuts for the wealthy. She famously said of proposed tax cuts:

Anne Cox Chambers died on January 31, 2020 at the age of 100. She is survived by two daughters, a son, several grandchildren and great-grandchildren. Her grandson Alex Taylor is the current CEO and President of Cox Enterprises.

At the peak of her life, Anne Cox Chambers was worth more than $17 billion. That was easily enough to make her the wealthiest resident of Georgia and one of the wealthiest women in America. In 2016 she transferred her 49% stake in the Cox Enterprises to her children for estate planning and tax purposes. In the process her net worth technically dropped by 99%, while her children became instant billionaires. The Cox family as a whole is currently the 14th richest family on the planet with a combined net worth that tops $33 billion.