By Amy Lamare on January 16, 2020 in Articles › Billionaire News

Isabel dos Santos is the daughter of the former President of Angola…well, president is probably the wrong title. Former President Jose Eduardo dos Santos of Angola is a violent kleptomaniac who was basically a dictator during his time in office. Much of Isabel's $4 billion net worth was acquired thanks to her daddy bending the rules for her. Jose Eduardo dos Santos is a really bad guy. He was President of Angola from 1979 to 2017. During that time Jose executed thousands of his own people, including rival politicians, journalists and activists. Now, his daughter is in the line of fire as the result of a court decision in Angola.

A few weeks ago, an Angolan court issued an order to freeze the assets of Isabel dos Santos and her husband Sindika Dokolo. The assets include a state in Angolan mobile phone company Unitel as well as stakes in two banks and are worth more than $400 million. This court order is part of a government crackdown on the family of the former president. According to court documents, Isabel and her husband, as owners of Exem Energy BV, promised to repay $75 million it owes to state oil company Sonagol, but failed to do so. Isobel was formerly the head of Sonagol, but the current president stripped her of that title. 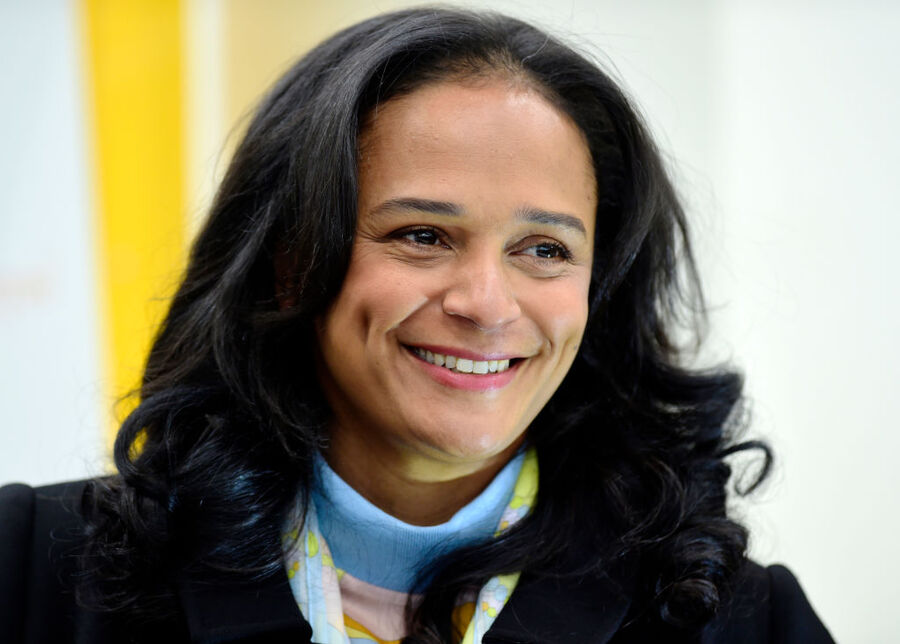 Of course, it is up to Isabel to hand over the shares. She doesn't even live in Angola. She lives in Portugal and the U.K.

Isabel, alongside a number of co-conspirators including her husband, have been charged by the Angolan government of causing losses at Banco Fomento de Angola of at least $1.14 billion. Dos Santos' personal bank accounts have also been frozen. The court documents claim that Isabel attempted to sell a stake in Unitel to an Arab citizen and that she tried to transfer $11 million from Portugal to Russia. The Portuguese authorities stopped her from completing the transfer.

The majority of dos Santos' multi-billion net worth is not affected by the court decision as it lies in stakes in Portuguese companies. She owns 42.5% of bank Eurobic, as well as shares in engineering firm Efacec and telecom company NOS. Her 6% stake in Portuguese oil and gas company Galp, is her most valuable asset. Worth about $830 million, this is owned with her husband through their Exem Energy BV company.

Isabel took to Twitter to register her displeasure with this turn of events, pointing out that her companies employ thousands of Angolans.

The fact is that Isabel obtained a number of her stakes in Angolan businesses thanks to illegal transfers by her father.

The court order is an attempt to keep dos Santos' assets in Angola as well as to recoup at least some of the $75 million the state-owned oil company is owed.

Isabel dos Santos is one of the most public examples of egregious nepotism, kleptocracy and plundering walking the planet today. As much as she would like the world to believe in her brilliant eye for investing, the truth is 100% of her fortune is ill-gotten and downright wrong.