Panda Express Launched With A Small Business Loan. Today Its Founders Are Multi-Billionaires…

By Amy Lamare on September 10, 2015 in Articles › Billionaire News

In 1973, then 25-year-old Andrew and 23-year-old Peggy Cherng opened their first Panda Inn in Pasadena, California with a loan from family, a Small Business Administration loan, and relatives who were willing to provide free labor. Today, Panda Restaurant Group is the country's largest Asian fast-casual food chain, with $2 billion in annual revenue, and 1,746 Panda Express, Panda Inn, and Hibachi-San restaurants in 42 states, Mexico, Canada, Puerto Rico, and Guam. How did young Chinese immigrants build a fast food empire and what can we learn from their story?

Andrew Cherng was born in 1948 in Yangzhou, China, just a few years after World War II ended. His father was a chef. When Andrew was five years old, the family moved to Taiwan, and, eight years later, in 1963, to Yokohama, Japan. In 1966, 18-year-old Cherng immigrated to the U.S. to go to college. He got his B.S. in Math from Baker University in Kansas in 1970.

It was at Baker University that he met his future wife Peggy Tsiang. She was born in Burma and grew up in Hong Kong. She also immigrated to the U.S. for college at Baker University in Kansas. Andrew and Peggy both enrolled in graduate school at the University of Missouri. Andrew received his M.S. in Applied Mathematics and Peggy stayed at Mizzou for a few extra years so she could finish her Ph.D. in Electrical Engineering.

In 1972, Andrew's cousin leased a restaurant called Ting Ho in Hollywood. Unfortunately, the cousin didn't speak a word of English, so Andrew moved to Los Angeles to help. He worked seven days a week for $800 a month. After a few months he and his cousin began to have serious disagreements. Andrew went out and found a restaurant in Pasadena to take over. He and his father borrowed some money from his cousin and got an SBA loan. Together they equaled about $60,000.

On June 8, 1973, Andrew and his father, chef Ming Tsai Cherng opened a sit down Chinese fast food restaurant called Panda Inn on Foothill Boulevard in Pasadena. The entire Cherng family – mom, dad, brother, sister – worked at Panda Inn for free. They all lived in a two-bedroom apartment in San Gabriel. They were broke. Peggy would come to visit on breaks from her Ph.D. program. The couple married in 1975. She got a job as an engineer for McDonnell Douglas and Comtal/3M in Los Angeles.

In 1981, Andrew's father passed away. By that point he was very comfortable taking over. In 1982, he opened another Panda Inn, this time in nearby Glendale, California. Peggy joined the family business at this time. Around this time, Andrew met the Head Football Coach at UCLA, Terry Donohue. His brother Dan was the developer building the Glendale Galleria. The Cherngs were invited to open a smaller format Panda Inn in the mall. The first Panda Express opened in October 1983. It was a success, so Cherng decided to open more Panda Express restaurants in malls. In 1985 they went from five to nine locations in one year.

Over the first decade of their business, the Panda Restaurant Group was a mall based business. They did not yet have a lot of infrastructure or control. Bill Davila, President of Vons Supermarkets, was a Panda Inn customer and Andrew and Peggy got to talking to him. Eventually they convinced him to put Panda Express in Vons markets. That was the next step in the company's evolution. Before long, Panda Express locations started opening as stand alone locations outside of malls. 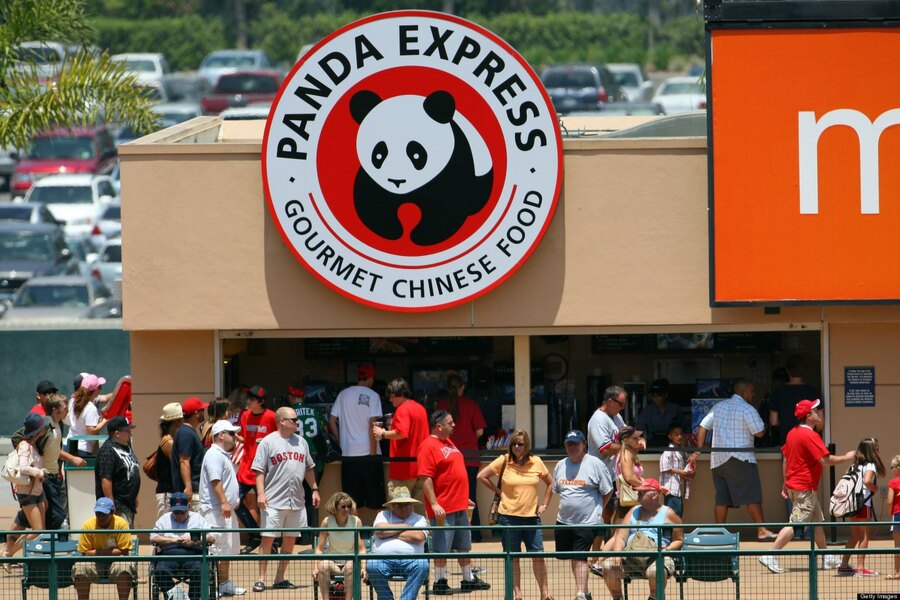 Andrew dealt with getting the stores open and functioning. Peggy did the rest. As an engineer, systems and processes came easily to her. She implemented a marketing program that involved door hangers in neighborhoods where Asian cuisine was desirable. She created a frequent customer discount program. Peggy also brought computers into Panda Express. They were one of the first companies to use a computer in the 1980s. This not only made ordering easier, but it also allowed the Cherngs to collect information about the most popular items being ordered. She networked the stores together to run the company more efficiently.

The Cherngs changed the way Americans look at Chinese food. Before 1973, Chinese restaurants offered chop suey. As more Chinese immigrants came to the U.S., they brought their cuisine. Even in the late 1980s, Chinese food was largely relegated to small mom and pop restaurants. Panda Express was at the forefront of bringing more authentic Chinese food to the American masses.

By 1993, the company had 100 restaurants with the opening of a Panda Express on the campus of UCLA.

The Cherngs' Panda Restaurant Group has been in business for 42 years. They have never borrowed heavily from banks nor taken a single penny from outside investors. In 1997 they had 254 stores, and revenue was $178.7 million. That is when they set the goal to be a billion dollar business. The Cherngs reached that goal in 2010 when the company had sales of $1.069 billion. Peggy credits their immigrant "can-do" mentality with being a key to the Cherngs' success.

From 1983 to 2000, whenever a new store was opened, the Cherngs sent an experienced Panda Express team to help open it. The team would live in one apartment for a month with supervisors sleeping in the same room as the rest of the team. Peggy Cherng claims this built team spirit.

The Cherngs, having conquered the Chinese food world, anticipated the competition and started opening Hibachi-San in malls in 1992 as a defensive strategy to keep Japanese restaurants from competing with Panda Express restaurants.

When Andrew Cherng and his father opened the first Panda Inn in 1973 it was about making a living for their family. Today, the Panda Restaurant Group is a $2 billion dollar business. Panda express is still wholly owned by the Cherng family and so far, they've shown no desire to sell it. However, Andrew Cherng recently told USA Today that he might consider it if Panda Express could get a valuation close to that of Chipotle Mexican Grill. Andrew and Peggy Cherng have a net worth of $3.1 billion.