By Amy Lamare on October 25, 2021 in Articles › Billionaire News

The richest tech billionaires in the United States have had a very good year and a half. Their net worths have grown at insane rates since the COVID-19 pandemic started. In many cases, their net worths have nearly doubled. Jeff Bezos, the founder of Amazon, would be worth more than $200 billion if not for his divorce from MacKenzie Scott. The stake in Amazon she walked away with is worth enough to land her in the top 10 richest tech billionaires on its own.

That said, the tech industry's biggest players and their companies are facing scrutiny from the Justice Department (Google), the Federal Trade Commission (Facebook), and the District of Columbia's attorney general (Amazon). And, if Congress gets their way, they will completely redefine current antitrust laws which could spell big trouble for Facebook, Amazon, Google, and more of the biggest tech companies who have a virtual monopoly on their industries.

Another milestone achieved this year is the number of companies with a $1 trillion market cap. Facebook joined the ranks of this club that also includes Amazon, Apple, Google/Alphabet, and Microsoft this year. Additionally, among the 400 richest Americans, one-fifth (80) billionaires made their fortunes in technology. One more staggering figure – the entire list of the 400 richest Americans from 1982 totaled $92 billion. In 2021, the seventh richest tech mogul, Larry Ellison, is worth $100 million all by himself. 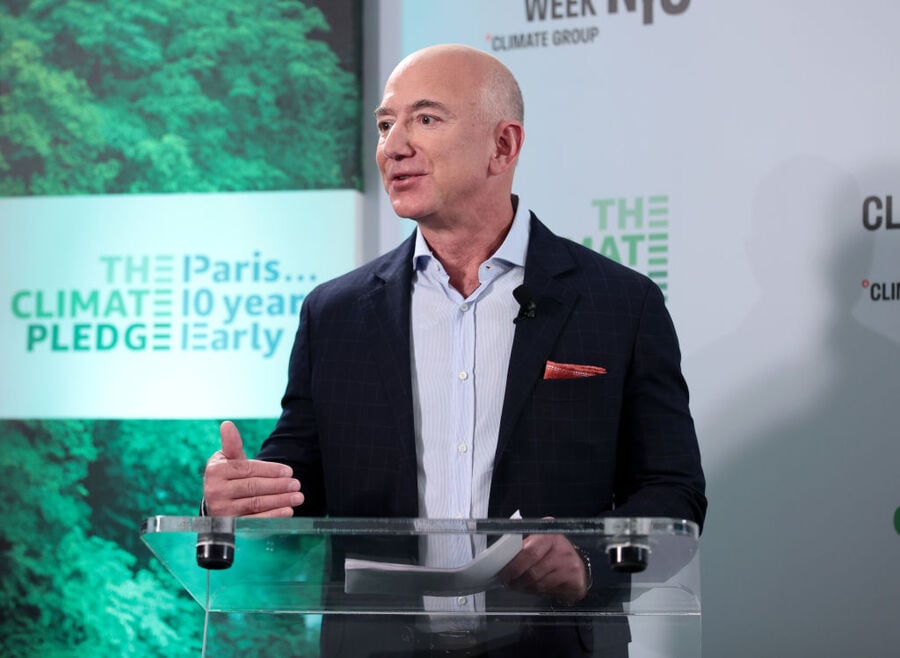 Michael Dell dropped out of college to start a computer repair business. In 1984, he founded Dell Computers. The company went public in 1988. Dell became a billionaire for the first time in 2000. Dell took his company private in 2013.

MacKenzie Scott was married to Jeff Bezos for 25 years. She drove the car cross country from New York City to Seattle while Bezos wrote the business plan for Amazon. She was given 4%  or roughly 20 million shares in Amazon in her divorce settlement.

Steve Ballmer dropped out of Stanford to join a little startup known as Microsoft. When Microsoft went public in 1986 he had a net worth of $85 million. He became a billionaire in 1995.

Sergey Brin and Larry Page founded Google when they were graduate students in the Ph.D. program in computer science at Stanford in 1998.

Larry Page and Sergey Brin became billionaires for the first time in 2004 when Google went public.

Mark Zuckerberg famously founded Facebook from his Harvard dorm room. By 2008, his substantial stock holdings in his pre-IPO company had catapulted him into the billionaire's club. He was 22 years old.

Source: Microsoft and other investments.

Bill Gates founded Microsoft with Paul Allen in 1975. Microsoft went public in 1986. He became a billionaire for the first time the following year in 1987.

Back in 1993, Jeff Bezos started a little online bookstore called Amazon.com. In 1997, he took Amazon public. In 1999, he joined the billionaire's club with a $10 billion fortune. Unfortunately for Mr. Bezos, $190 billion is not quite enough to make him the richest person in the world today. As of this writing, Elon Musk is the richest person in the world with a net worth of $230 billion.