By Joseph Gibson on December 6, 2017 in Articles › Billionaire News

The more things change, the more they stay the same, or so those who favor vague figures of speech are fond of saying. One example may be found in Jeff Bezos and his massive online retailer Amazon.com, according to a recent CNBC retrospective that takes a look at how different Amazon's digs were back in 1999. 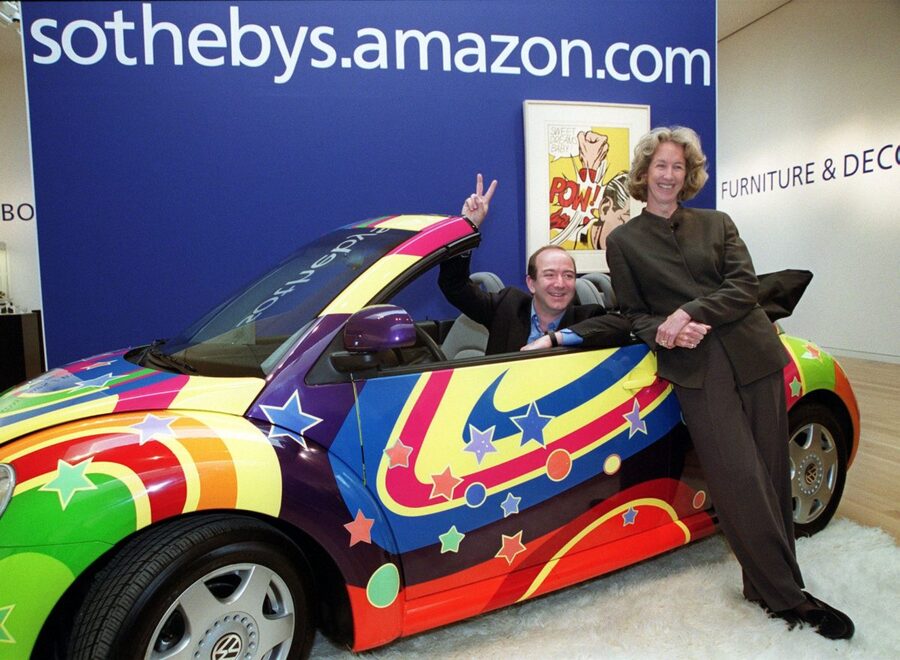 It might be easy to get the wrong idea about all this, and think that Bezos himself was a long way from the mega-billionaire he is today. But that's not really the case – even though he was no where close to having $100 billion like Amazon's most recent Black Friday briefly afforded him. He was still a very healthy billionaire in 1999, and at one point in the profile Simon asks him about his $9 billion to $10 billion dollar fortune (Bezos declines to confirm or deny the figure). So why were the Amazon offices surrounded by squalor, and marked inside by stained carpets and Bezos' own makeshift desk made from an old door? Bezos himself explains, telling Simon "It's a symbol of spending money on things that matter to customers and not spending money on things that don't."

Obviously, a lot has changed in the intervening 18 years since that profile was filmed, and Amazon is now going through the process of deciding where its next massively expensive headquarter complex will be located. But maybe it's useful to remember how it all began.