By Brian Warner on September 4, 2018 in Articles › Billionaire News

A few minutes ago Amazon's market cap briefly topped $1 trillion for the first time. Amazon broke through the $1 trillion milestone almost exactly one month after Apple became the first publicly traded American company hit that mark. This happened when a single share of AMZN jumped over $2050.27 for about a minute. It quickly dropped back down to $2040. You can do the math on this market cap calculation yourself. There are currently 487,741,189 total shares of Amazon. So when you multiple the stock price by the # of shares, you get the company's total market capitalization. In today's case, $2050.27*487,741,189 equals $1,000,000,000,000. So what is Jeff Bezos' net worth at that level?

Jeff Bezos owns 17% of Amazon. Approximately 83 million shares. The math is pretty easy when you're dealing with a round number like $1 trillion. At that level, Jeff Bezos' paper net worth is $170 billion.

Bezos is by far the richest person on the planet. Bill Gates is the second richest with a current net worth of $98 billion. That means Jeff isn't too far away from being TWICE as rich as Gates. That is stunning. Especially when you consider that in January 2018, just seven months ago, Jeff was worth $100 billion. Three years ago, in July 2015, Jeff was worth "just" $50 billion. 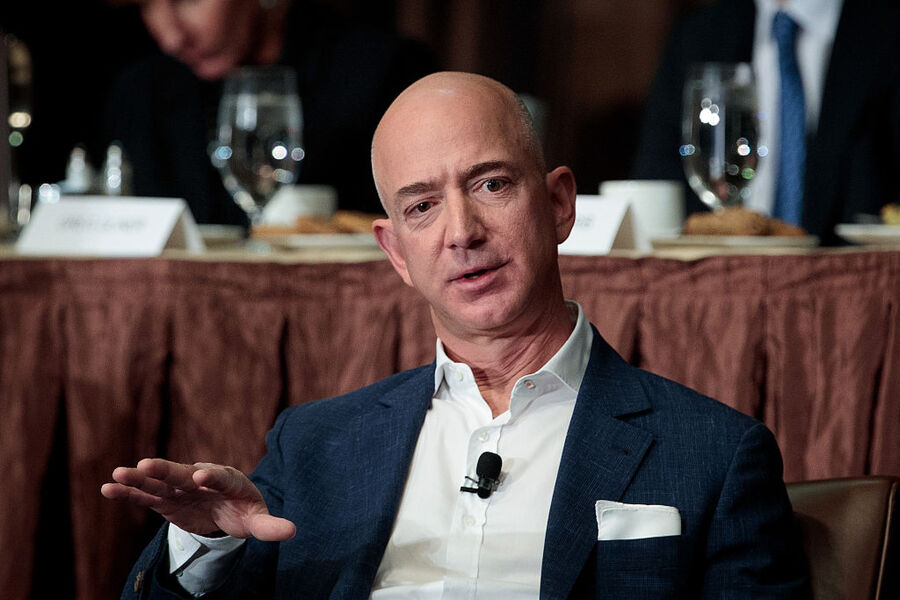 Keep in mind, Amazon's market cap has moved around $500 billion this year alone! And with every $1 billion movement, Jeff tacks another $170 million onto his net worth. If by some insane miracle Amazon increases by another $500 billion over the next 9 months, by May 2018 he'll be sitting on a net worth of $255 billion. Still not enough to be the richest human of all time, but a very impressive number.

On the flip side, should we feel cautious or nervous that the stock market is trading at all-time highs after a winning streak that has lasted a decade at this point? We have two companies with $1 trillion market caps and a few more within striking distance. We haven't had a crash in a decade when historically we've averaged a crash every seven years… How do you feel about the next 12 months of the stock market?

Do you think Jeff Bezos' net worth will be more or less than it is today 12 months from now?