Jeff Bezos Is Having The Best Year Ever, In Terms Of Personal Net Worth

By Joseph Gibson on October 30, 2015 in Articles › Billionaire News

It's a common saying (especially these days) that "the rich get richer," but Amazon founder Jeff Bezos has gotten richer at a rate way beyond that of any of his billionaire peers. Despite some bad press for his company's treatment of its employees over the past year, Bezos' net worth has jumped an incredible $22 billion since the beginning of 2015, a spike which has had big ramifications for the lineup of the richest people in the United States as well as the world at large.

Last week, Bezos added another $2.9 billion to his personal coffers, thanks to a surge in Amazon's stock market value. The increase puts his net worth, about 93 percent of which is tied up in Amazon stock, at $53.2 billion. That equates to an 86 percent increase since the beginning of the year, and it also means that Bezos has now surpassed the Koch Brothers to become the third richest person in the United States, as well as the fifth richest person on Earth. 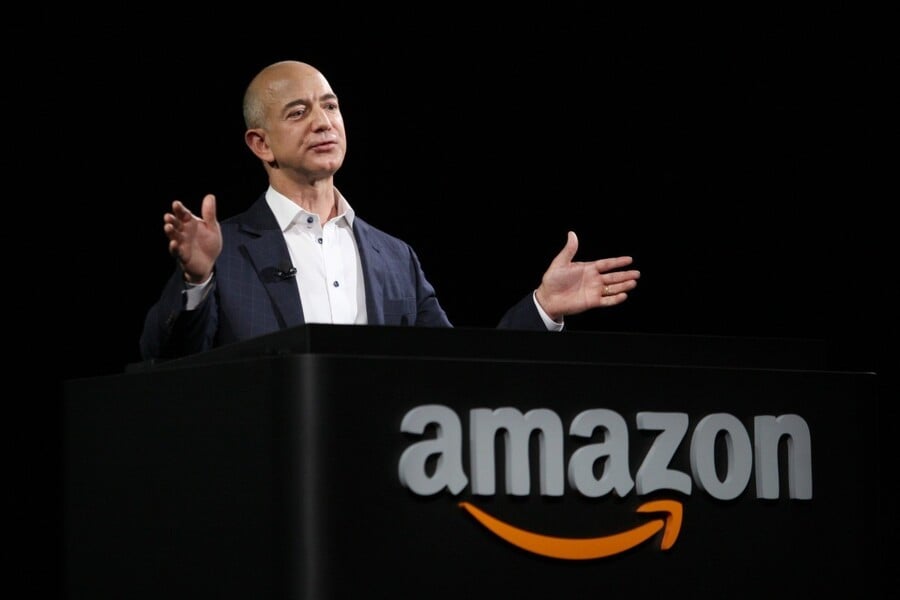 Some of us might assume that billionaires like Jeff Bezos rake in huge amounts of money all the time, but even by billionaire standards Bezos has had an incredible year. There are a couple different ways of putting it into perspective, like the fact that he was the 24th richest person on Earth (nothing to sneeze at) in January, and in less than 10 months has jumped up to the number five spot. Or you could look at his financial gains in a different way, like the fact that the $24.6 billion he's made so far in 2015 is almost as much as Facebook founder Mark Zuckerberg and Google founders Larry Page and Sergey Brin made put together.

Bezos is having a good year compared to other billionaires who are doing well, but if you really want to feel sorry for the mega-rich because they aren't as successful as Bezos you should take a look at the Walton family. The family behind the Wal-Mart empire has seen their fortunes dip a combined $43.4 billion between Alice, Christy, Jim and Rob Walton over the last year, a contrast with Amazon's rising fortunes that at least one financial analyst (Ivan Feinseth of Tigress Financial Partners) attributes to a key difference between their respective businesses:

"People don't aspire to shop at Wal-Mart. An improving economy is a negative for Wal-Mart. As incomes go up, people stop shopping there. Customers enjoy shopping at Amazon."

However you slice it, Jeff Bezos is having the best fiscal year of anyone in the world, and Amazon is continuing to expand as a result. If I were Bill Gates, Zara founder Amancio Ortega, Warren Buffett, or Carlos Slim Helu (the only four people on Earth richer than Bezos), I'd be watching my back pretty closely in the months to come.