By Alyssa Camparo on May 12, 2016 in Articles › Billionaire News

As many big tech companies' earnings plummet (I'm looking at you Twitter), Amazon is still swiftly delivering big bucks to its investors, including its billionaire founder and CEO Jeff Bezos.

But the sale would have happened even if the stock hadn't jumped in value. To avoid insider trading chargers, Securities and Exchange Commission regulations allow company insiders like Bezos to sell their securities through a "10b5-1 plan." This means, Bezos should not have been aware of the stock surge or any material non-public information that could have affected the stock's value.

Why Bezos decided to sell his shares remains a mystery – there has been no explanation from Amazon. But Forbes speculates that Bezos is trying to diversify his investments. 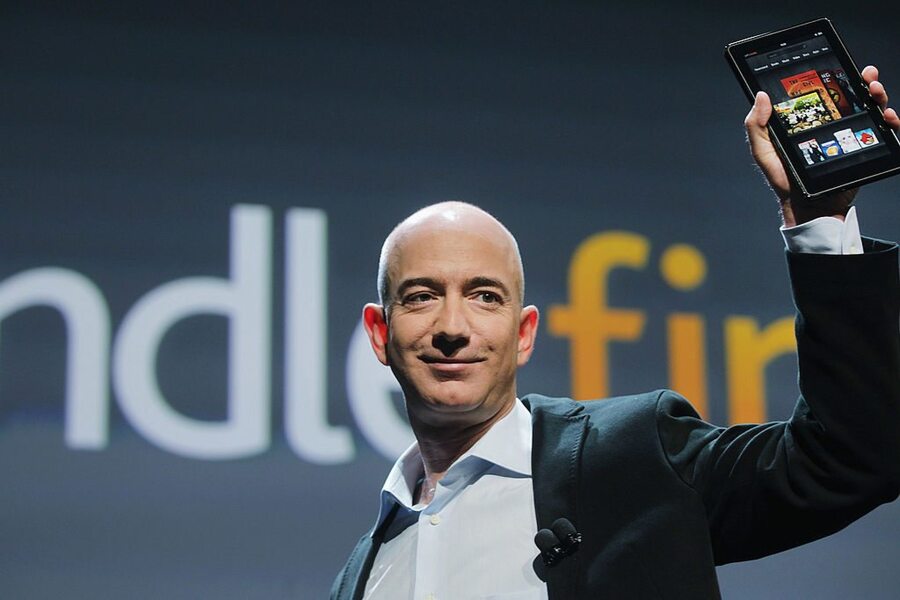 In January, the company's stocks fell off a cliff after Amazon reported disappointing earnings. In a matter of days, Bezos's net worth dropped by $6 billion and many wondered whether it was just the start of the steady slide down. Although Amazon quickly recovered, Forbes estimates the value of Amazon shares makes up more than 90% of Bezos's net worth making him particularly vulnerable if the market takes another turn.

Blue Origin has recently showed signs of progress. Last year, it launched its first rocket into space and in March, Bezos invited a small group to tour the company he's kept quiet for years. When asked how much money he has invested in the company, Bezos declined to give specifics.

A big number to the fifth-richest person on the planet must be astronomical to the rest of us mere Earthlings. Perhaps we can expect more sales of Amazon stock in the future as Blue Origin starts to take off.