By Amy Lamare on February 18, 2016 in Articles › Billionaire News

At 5 am in Lagos, Nigeria, you're likely to find the Igwe twins elbow deep in the preparation of their signature dish: spicy chicken. They do so without having electricity in their kitchen. Instead, a generator powers the appliances their business needs. The 27-year-olds run a catering company called Speed Meals and they don't mind the lack of electricity. Today, they feed about 100 people a day with 100 pounds of spicy chicken. By this time next year, they hope to be feeding 1,000 people. In the next 10 years, they want to be feeding at least one million people in Nigeria every day.

Five years ago, the twins' father died unexpectedly. As a result, they had to drop out of school to support their family. To do so, the twins started a catering business with no capital. Then Tony Elumelu knocked on their door. The twins had found themselves and their fledgling catering business an angel investor.

Elumelu became one of the richest men in Africa through banking and real estate investments. He is an economist, entrepreneur, and philanthropist. Elumelu is the Chairman of Heirs Holdings, the United Bank for Africa, Transcorp, and the founder of The Tony Elumelu Foundation. He owns conglomerates, hotels, and hospitals. Tony Elumelu has a net worth of $1.6 billion.

Now, Elumelu has turned his attention to his legacy and he doesn't mean just the inheritance he will leave his children. He is determined to lift Africans out of poverty. He believes that government aid is both ineffective and not sustainable. His solution is private investment. 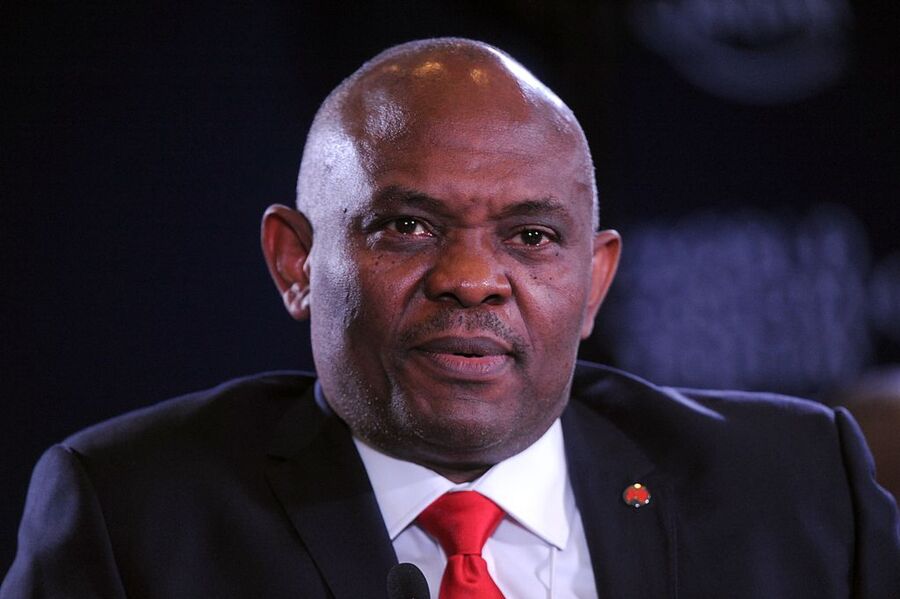 While Nigeria is Africa's richest country due to oil, unemployment is high–roughly 35%–because the economy is not diversified. With his plan, Elumelu hopes to create thousands of small businesses that would hire people who could then go out and start their own businesses and hire even more people. He wants to start a chain reaction that will put Nigerians to work, keep them working, and lift them out of despair and hopelessness.

If all goes according to plan, the 10,000 entrepreneurs who receive $10,000 of Elumelu's money should help create employment and help make sure that economic growth and prosperity reaches almost everyone in the country. He wants to create hope for his countrymen. If Elumelu's plan can do that, he believes that it will also help fight Boko Haram, the militant group that recruits young suicide bombers.

Elumelu's $100 million plan funds hundreds of young entrepreneurs (so far) like the Igwe twins. It is concentrated in Nigeria's north and northeast, where Boko Haram is based. He also funds hundreds more young startups across some of Africa's most dangerous areas such as Kano, Nigeria.

Elumelu believes that poverty is a threat everywhere and reducing that might just be as simple as giving people hope.