By Amy Lamare on November 30, 2015 in Articles › Billionaire News

When you think about Saudi Arabian royalty, progressive mindsets don't usually come to mind, but Prince Alwaleed bin Talal serves as a very big exception. The Saudi royal is actually very westernized in his views on everything from women's rights to music, film, and even philanthropy. Prince Alwaleed bin Talal has a net worth of $32 billion and he wants to spend it all to save and unify the world. He has joined The Giving Pledge to do so.

Alwaleed is the nephew of King Salman and the grandson of Abdulaziz, Saudi Arabia's founder. He is quite unlike other Saudi princes. Instead of the traditional ankle length thawb, Alwaleed often appears in public wearing fashionable suits and tinted sunglasses. It's been said that he is an obsessive calorie counter who tries to stick to a 1,100 calorie per day diet. He also has progressive views on women, music, and film and has called for the Arab world to get with the program and implement massive reform. 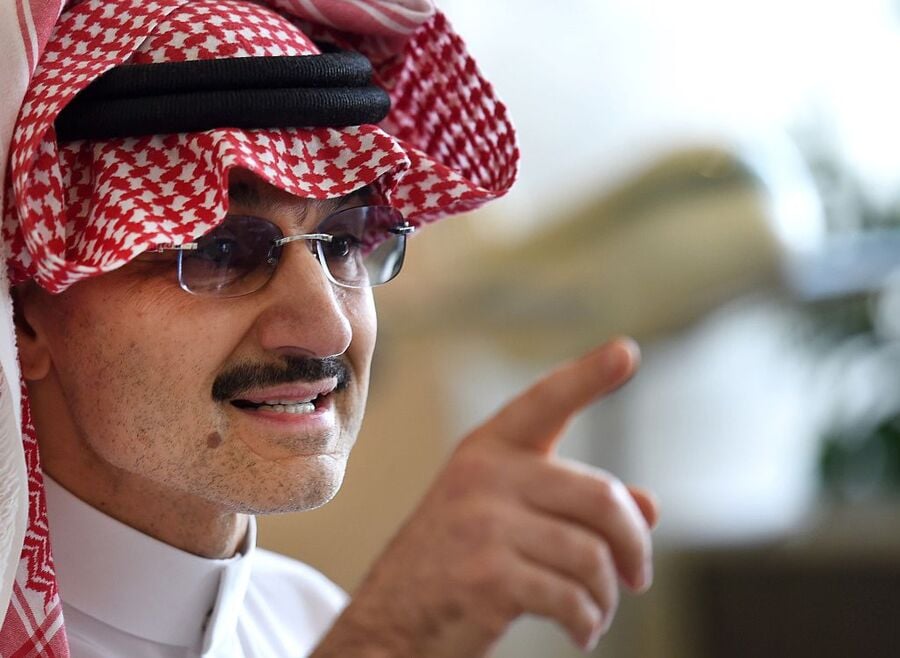 Alwaleed practices what he preaches. The Saudi-based headquarters of his investment firm, Kingdom Holding Company, employs more women than men. The women are not required to wear veils at work. This is revolutionary in the Arab world.

The Prince called his decision to join Bill and Melinda Gates, Warren Buffett, and 134 other billionaires (or former billionaires) in the Giving Pledge a critical part of his Islamic faith. He made the announcement during the Muslim holy month of Ramadan.