By Amy Lamare on December 10, 2020 in Articles › Billionaire News

When billionaire AirBnB founder Brian Chesky graduated from the Rhode Island School of Design, his parents wanted one critical thing for him – a job with health insurance. Chesky gave that a try for a bit with a Los Angeles design firm. But he soon found the 9-to-5 life wasn't for him. So, he packed up his Honda Civic and set off for San Francisco where he planned to crash with his friend Joe Gebbia. The two young men had agreed to split the rent on Gebbia's place. The only problem was, Chesky's half of the rent was $1,150 and he only had $1,000.

The week Chesky got to town in October 2007, San Francisco was hosting the huge Industrial Designers Society of America conference and all the hotel rooms in the city were sold out. Chesky and Gebbia had an idea. They decided to turn their house into a bed and breakfast for conference attendees. They didn't have extra beds or even bedrooms, but they did have three air mattresses. They inflated them and called themselves Airbed and Breakfast. Three people stayed with Chesky and Gebbia over the conference. They each paid $80 a night. For the price they also got free breakfast and a tour around the city. And with that a $100 billion idea was born. 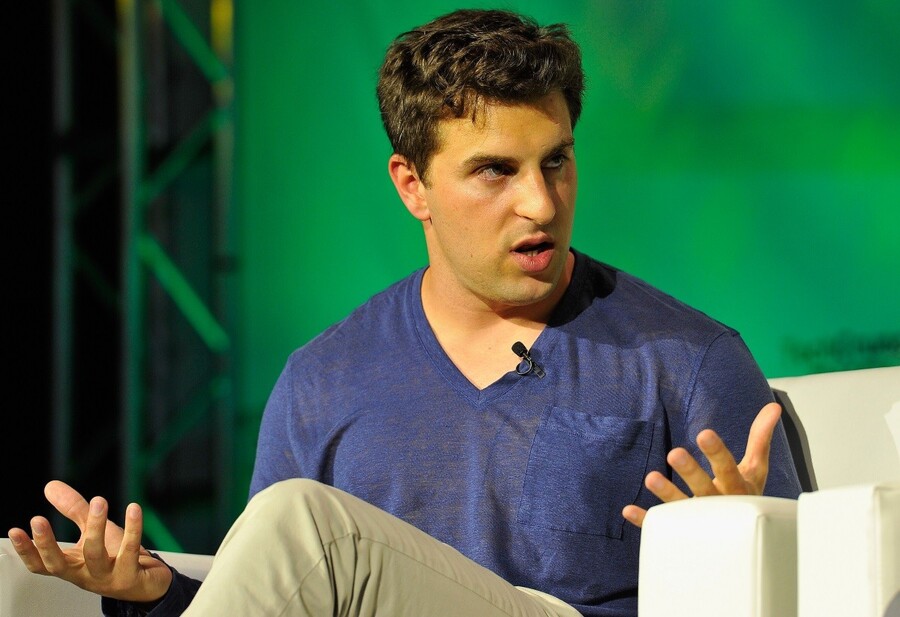 The idea was, and still is, revolutionary. They wanted to create a worldwide network through which anyone, anywhere could rent a spare room in their home to make some cash. As a nod to their start with the air mattresses, they called it Airbnb. Through their website and app, travelers can book a room anytime, anywhere in the world. Airbnb has grown phenomenally fast. It is now the equivalent of a global hotel chain, even though technically, it doesn't own a single bed. Airbnb also did something else revolutionary – it set off the sharing economy that paved the way for companies like Uber.

Airbnb has hundreds of thousands of people around the world staying in Airbnb rooms each night. Cities like New York City, Los Angeles, and Paris offer tens of thousands of options for rooms. Airbnb is the largest short-term rental site in China – and there is no Airbnb office there.

Airbnb offers rooms, entire homes or condos for rent. The site has more than 600 castles for rent. The site offers teepees, yurts, caves, water towers, private islands, motor homes, lighthouses, glass houses, igloos, and even tree houses for rent. In fact, Airbnb offers hundreds of tree houses and they are the most profitable listings on the website (per square footage). There are tree houses that have six-month waiting lists. Airbnb even offers a number of Frank Lloyd Wright homes for rent. In 2011, Prince Hans-Adam II offered the entire principality of Liechtenstein for rent on Airbnb for $70,000 a night. The rental came complete with personalized street signs and currency.

But Chesky is more than just a travel agent specializing in lodgings. Airbnb has created a culture of trust. Tens of thousands of people are comfortable renting rooms in their homes to complete strangers. 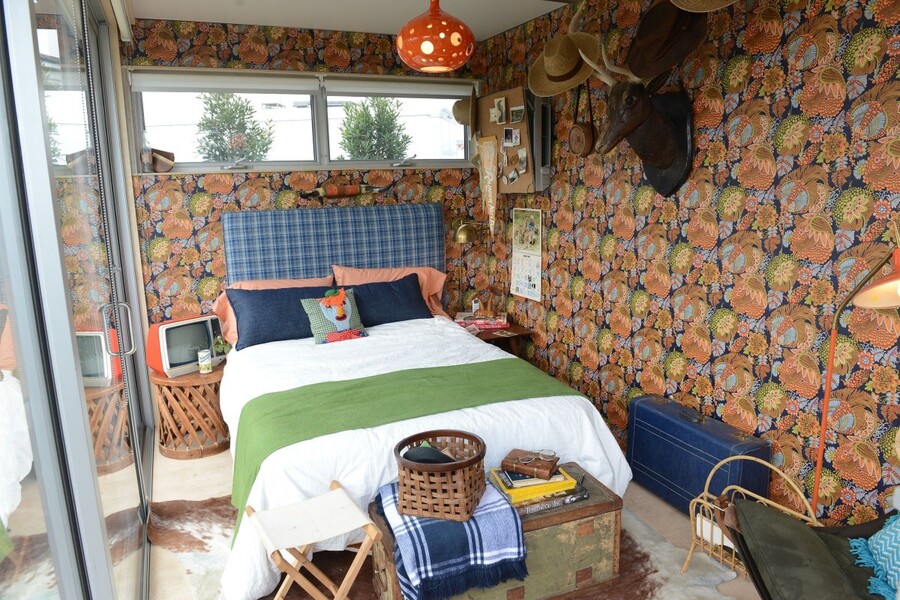 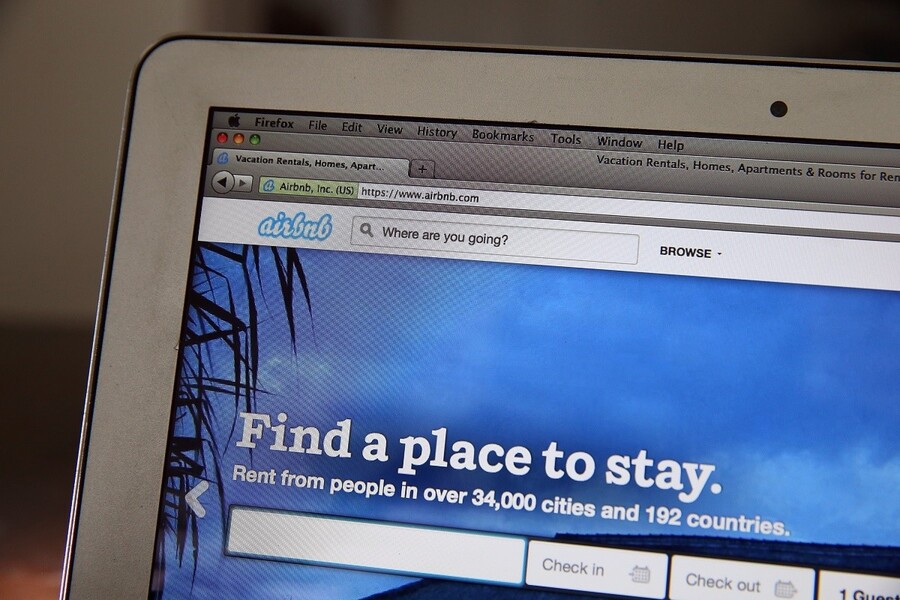 To rent a room in Los Angeles, a tree house in Vermont, or a yurt in Canada, one simply goes to the Airbnb web site, signs up for it, and pays Airbnb by credit card. The company takes six to 12 percent of the rental fee from the guest and three percent from the host. The fee is paid to the host after the first night of the guest's stay. Through the Airbnb website or app, both hosts and guests can verify each other's identity with driver's license or passport. They also have access to each other's email address, phone number, and Facebook profile. No one who rents a room or rents out a room on Airbnb is truly anonymous.

After the stay, guests and hosts rate each other online. This gives both parties a big incentive to be on their best behavior. A series of bad reviews and you'll never book or rent out a room on Airbnb again. The company also provides $1 million in insurance against damage or theft to nearly all of its host. This has helped to unlock the culture of trust. During 2013, Airbnb generated $240 million in activity from unused bedrooms in Paris alone.

More than half of Airbnb hosts depend on the revenue from guests to pay their rent or mortgage. Airbnb revolutionized the world by not just making it easier for travelers to find lodging, but by spawning its own ecosystem – the sharing economy. Now, there are companies that will come clean the host's home before and after a guest stays there, coordinate key exchanges, cook for your guests, photograph your rooms for rent, and more. Companies like Uber and Lyft become the guests' car service. Whereas a decade ago, hotels like Hilton and taxi services like Yellow Cab – corporations – had all the trust, nowadays, people rely on a total stranger to provide the same services, through sites like Airbnb, Uber, Handy, and many more. We now live in an age where anyone can be a micro-entrepreneur and provide a service to others, and that is due in large part to Brian Chesky and Airbnb.

Today there are more than 4 million Airbnb hosts and 7.4 million home rental listings on the platform.

Over the years Airbnb raised just under $6 billion in private investments. They received $20,000 in Seed money in January 2009 from Y Combinator. The company's value at this round was $2.5 million.

A little less than a year later the company raised $7.2 million from a syndicate of investors (including Ashton Kutcher) at a $70 million valuation.

Seven months later the company raised $115 million at a valuation of $1.3 billion from a new syndicate (this group included Jeff Bezos).

When the company raised $1 billion in September 2016, it's private market valuation was $31 billion.

In April 2020, at the worst part of the COVID-19, Airbnb raised $1 billion in debt financing (as opposed to equity investment) at what was essentially a $30 price per share.

In early December, just weeks before the company's expected IPO, Airbnb was valued at $47 billion, or $60-70 per share.