By Alyssa Camparo on June 3, 2016 in Articles › Billionaire News

When Airbnb launched in 2008, the site's co-founders couldn't have known they were pioneering a cultural shift that would earn them billions. Co-founder Brian Chesky was a recent graduate from Rhode Island School of Design, who needed quick cash to help him afford his San Francisco rent. But only eight years later, Chesky is worth $3.3 billion and the company he founded with Joe Gebbia and Nathan Blecharczyk is valued at $25 billion.

How do you thank a world of travelers and hosts who made this success possible? By helping foster a stronger, global community of course.

On Wednesday, Chesky, Gebbia, and Blecharczyk announced they'll donate a majority of their wealth to Warren Buffet and the Bill and Melinda Gates Foundation's philanthropic initiative, the Giving Pledge. When members make the pledge, they commit to giving away more than 50% of their fortune, either during their lifetime, or as part of their last wishes. Half of the combined three co-founders' net worth is almost $5 billion! 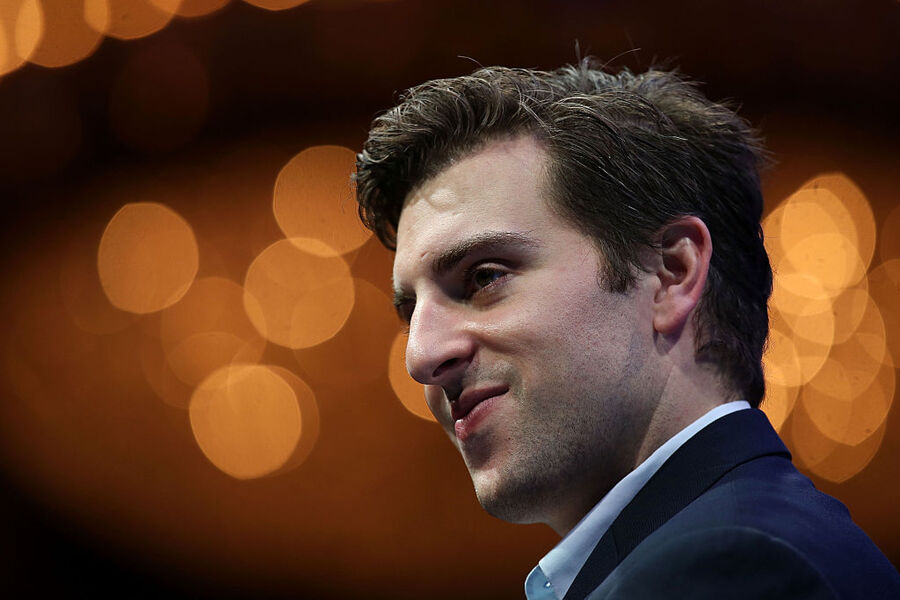 "There is a saying that a great trip can set you down a path that doesn't end when you return," Chesky said in his Giving Pledge letter. "With this pledge, I want to help more kids realize the kind of journey I have had. I want to show them that their dreams are not bounded by what they can see in front of them. Their limits are not so limited. Walt Disney once said, 'If you can dream it, you can do it.' I would like to help them dream."

This isn't Airbnb's first venture into philanthropy. In January 2015, the company gave $10 (or the equivalent in foreign currency) to each of 100,000 of its users around the world, for a total of $1 million. It asked users to use the money to initiate "a unique act of kindness," with the hope that they could rid the world of strangers. The company has also helped supply free accommodations to aid workers responding to the refugee crisis in southern Europe.

With this latest act of kindness, Airbnb's founders will join 154 billionaires from 16 countries, including Mark Zuckerberg, Priscilla Chan, Michael Bloomberg, and Elon Musk, to solve the world's problems like poverty, healthcare, and access to education. Members can donate their fortune to the charitable organizations of their choice.

Other billionaires joined Chesky, Gebbia, and Blecharczyk in making the Giving Pledge. Scott Cook, who made his $1.97 billion fortune as a co-founder of financial software giant Intuit, and Jack and Laura Dangermond, who rose to a $2.7 billion net worth after founding Environmental Systems Research Institute (Esri), the world's largest GIS software developer, were also listed in the Giving Pledge's press release.

As Airbnb continues its inevitable growth, the world can now profit from more rooms in more locations, as well as the billions its founders will donate.