By Brian Warner on April 14, 2022 in Articles › Billionaire News

On March 2, which feels like two years ago even though it was… checks notes… 43 DAYS ago, we reported that an $800 million yacht called "Dilbar" had been seized by German authorities.

We followed an initial report, published by Forbes, in stating that Dilbar had been seized by German authorities operating out of Hamburg where the vessel was being maintained at the shipyard of shipbuilder Blohm + Voss. Unfortunately, within a few hours of publishing, we had to go back and edit/clarify/correct some of the article's primary assertions after two events:

First, representatives working for the yachts owner, Russian billionaire Alisher Usmanov, denied that the yacht had been seized. Secondly, later in the same day, Usmanov's denials were backed-up by a statement released by Germany's Ministry of Economy, a statement that made it clear that the German government had not seized Dilbar.

Fast forward a few weeks to the present now Dilbar has indeed officially been seized by the German government.

And I don't think we'll have to issue a retraction in a few hours because this time it's not a rumor or unconfirmed reporting. This time, Germany's Federal Police, known by their abbreviation "BKA," confirmed Dilbar's seizure. The BKA confirmed the seizure in multi-part Twitter thread which stated (paraphrased, using Google translate):

"The BKA has determined through extensive investigations that, despite offshore concealment, the owner of the yacht "Dilbar" is Gulbakhor Ismailova, Alisher Usmanov's sister. After confirming with the Ministry of Economy, the Ministry of Foreign Affairs and the Ministry of Finance that the Russian owner was sanctioned, the luxury yacht Dilbar was subject to sanction law and was legally ordered fixed in Hamburg."

According to their investigations, Alisher "indirectly transferred assets including Dilbar" to his sister. Here's a photo of Dilbar in better times, photographed in June 2020 off the coast of England: 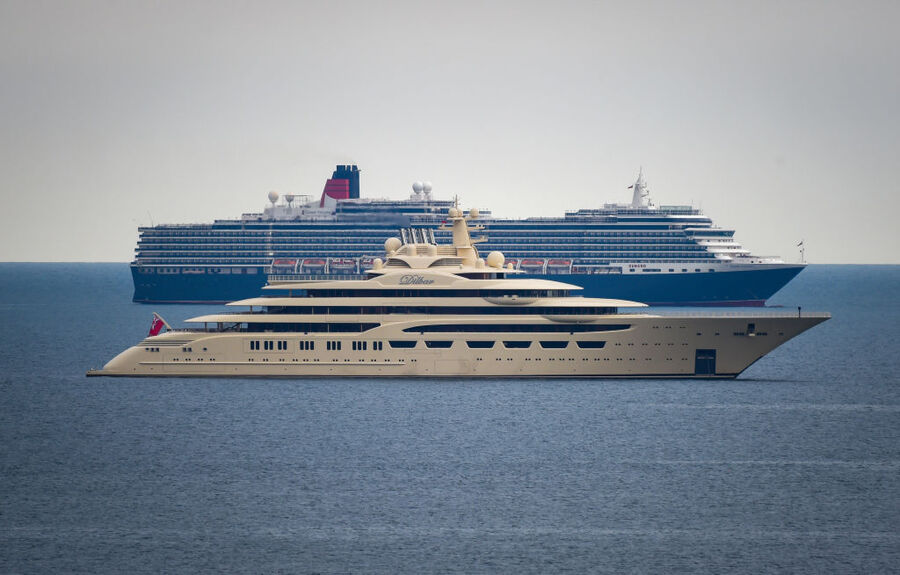 Usmanov spent an estimated $600 million over 4.5 years having Dilbar custom built by a German firm. Construction completed in 2016. At 512-feet it is the fourth-largest yacht in the world. It's worth an estimated at $800 million and when you hear some of the yacht's features, you'll understand why:

Operating Dilbar requires a full-time crew of at least 80 people! That crew was terminated last month after sanctions made it impossible for Alisher to continue paying their wages. Dilbar reportedly costs $60 million per year to operate. That's $1.15 million per week, $164,000 per day, $6,849 per hour, $114 every single minute of the day.

So on the plus side, presumably Alisher is sort of saving $1.15 million every week at the moment?

Here's what Dilbar looked on March 6, and presumably what it still looks like today… only now it's somehow locked or disabled? 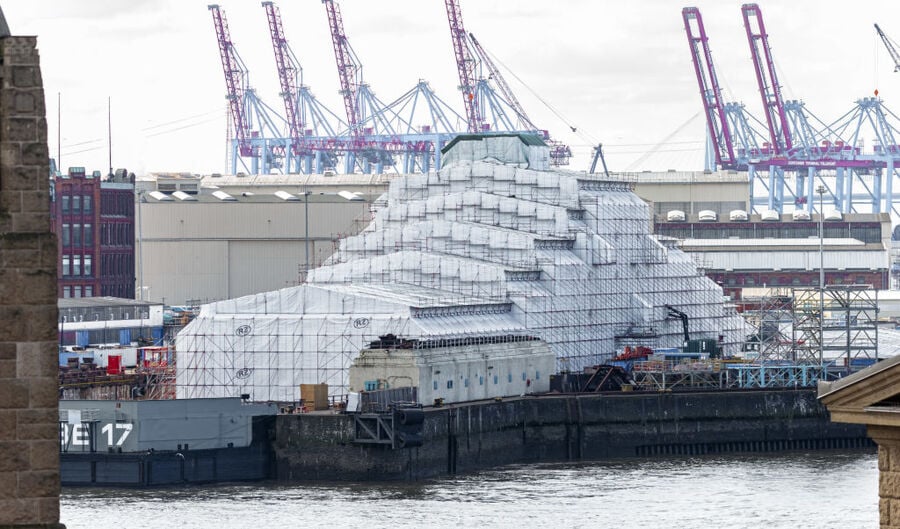 (Photo by Markus Scholz/picture alliance via Getty Images)
Did we make a mistake?
Submit a correction suggestion and help us fix it!
Submit a Correction