It wasn't all that long ago that Dalian Wanda Group's founder Wang Jianlin was the richest man in not just China, but all of Asia. But that's not the case any longer. He's still a billionaire with a net worth of $15 billion, however, he's lost $32 billion of his fortune over the last not quite six years. Today, Jianlin isn't even in the top 30 richest people in China. Now he's focusing on reducing his company's $56 billion in debt and not just resurrect but bring his entertainment and property empire back to life. However, analysts are skeptical that he can accomplish that. Jianlin's Wanda Group has a number of bonds that are coming due for payment soon. This isn't good news because the Asian bond and credit markets have been seeing an ongoing decline this month.

Jianlin was on a buying spree for years to expand the reach of his empire. One of the assets he acquired was the Spanish soccer club Atletico Madrid. He opened a theme park. He had aspirations of competing with Disney. Now, he's selling off those assets. He recently sold AMC Entertainment Holdings. Formerly the largest movie theatre chain in the world, AMC now represents less than 10% of movie theater chain revenues. The CEO of AMC announced the company would be run by a group of shareholders, causing its stock to soar 42% in the three days following that announcement. Unfortunately, that's too little too late for Jianlin. 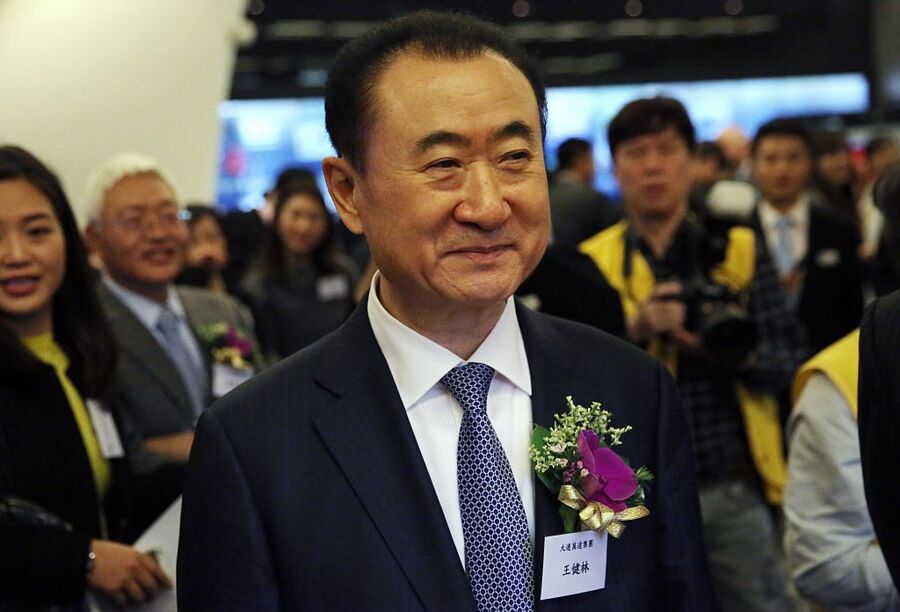 In June, Wanda Group's debt hit the highest it's been since 2017. The Chinese government's crackdown on companies expanding by using credit is partly to blame. The pandemic causing the shutdown of Wanda Group's malls, movie theatres, theme parks, hotels, and sporting events surely hasn't helped Jianlin's bottom line either. In 2019, pre-pandemic, the Wanda Group's malls and hotels accounted for nearly half the company's revenue.

China has reopened movie theatres and malls, giving Jianlin the means to start steadying his ship. He's refocusing on a strategy he's espoused for years – the asset-light model. This will allow him to reduce leverage by spending less because he's cutting back on purchasing land. Dailan Wanda Commercial Management Group Co, is one of the biggest operators of shopping malls in the world. Wanda's mall revenue brings in nearly half of the subsidiary's profits. In 2021, the company is going to refrain from buying new land for new balls and instead license its brand to partners instead – much like Westfield does with malls in the United States.

The truth is that Jianlin has no real choice but to go to his asset-light strategy because the debt the company currently has is not sustainable. The pandemic is to blame for most of the Wanda Group's problems. The movie production and movie theatre division, Wanda Film Holding Co., racks up $1 billion in net losses in 2020. Wanda Commercial Management saw its sales and profit fall by nearly 50% from January to September 2020. Wanda Sports Group, was delisted from the stock exchange after losing two thirds of its value since it began trading in July 2019.

Adding to the troubles for Jianlin and the Wanda Group is the fact that Chinese regulators have been cracking down on some of the country's biggest and most successful companies by restructuring the rules for credit.