By Amy Lamare on September 23, 2021 in Articles › Billionaire News

Prior to 2007, John Paulson was an obscure hedge fund manager who probably couldn't have booked an appearance on CNBC. CNBC should have booked Paulson because at that time he was sitting on one of the most profitable bets in Wall Street history. Through his hedge fund, Paulson & Company, John made a massive bet against the US housing market. When the market imploded about a year later his fund made $20 billion. Roughly $4 billion went straight into John's personal pockets. The bet made John a Wall Street legend. Books have been written about that one bet. Literally a book about John's bet is called "The Greatest Trade Ever."

Today John Paulson has a net worth of $5 billion. And that's after setting aside $2 billion for his philanthropic foundation.

Unfortunately, John just filed for divorce from his wife of 21 years, Jenny Paulson. Why is that especially unfortunate? Because there was no need for a prenup when they married. So John and Jenny are about to embark on an epic, multi-billion divorce battle. 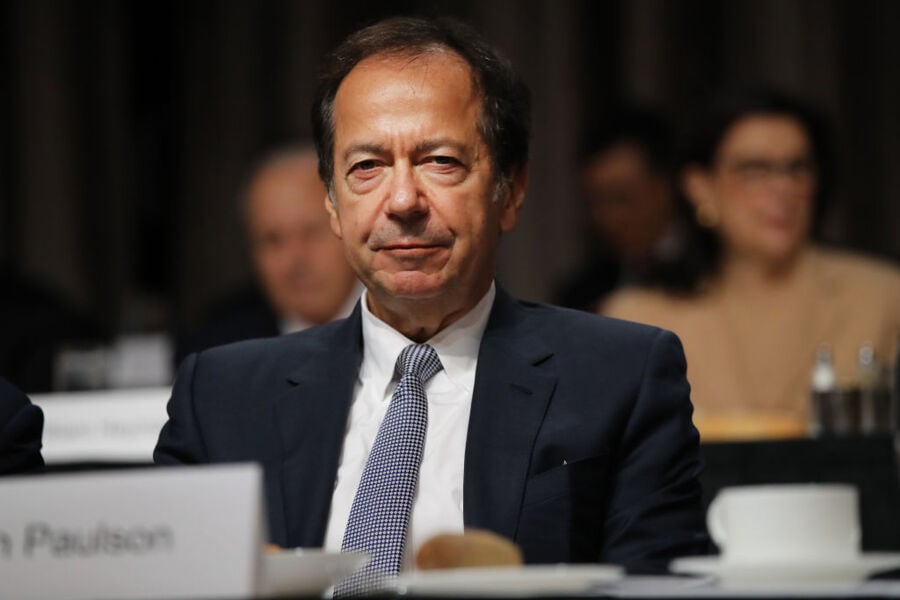 John and Jenny Paulson met more than two decades ago when she delivered lunch to him and the rest of his staff at Paulson & Company. At the time, she was in her late 20s and a recent immigrant from Romania who had been given political asylum in the United States. Jenny came to America when her brother, a track star, defected. They settled in Queens.

After meeting on that lunch delivery day, John hired Jenny to be his assistant. John was in his mid-40s at the time and was very much in the mood to finally marry and settle down. Jenny was just the optimistic and cheerful type of woman he wanted in his life. She didn't drink, smoke, or indulge in Manhattan's infamous nightlife, according to Gregory Zuckerman's book, "The Greatest Trade Ever."

Paulson asked Jenny out repeatedly for a year, but she refused to date him since they worked together. She told him if he found her a new job, she'd go out with him. Eventually, she agreed to go to lunch with him, and more than 200 meals together later, he popped the question.

The Paulsons married in 2000 and have two daughters, Giselle and Danielle. The family primarily resides at their $14.7 million, 28,500 square foot townhouse in Manhattan. The Paulsons also own a $41 million estate in Southampton and a $24.5 million home in Aspen. Paulson also has stakes in the Condado Vanderbilt Hotel, La Concha Renaissance Resort, and St. Regis Bahia Beach Resort in Puerto Rico.

Paulson transformed his hedge fund into a family office in 2020. Assets had dropped from a high of $38 billion in 2011 to $9 billion in 2019. Basically, Paulson found that he was mostly managing his own money, so there was no need for a formal hedge fund anymore.

The divorce of John and Jenny Paulson is set to go down as one of the largest in history due to the sheer wealth of the couple and the absence of a pre-nuptial agreement.