Advice From Billionaire John D. Rockefeller, The Richest American Who Ever Lived

By Amy Lamare on September 9, 2018 in Articles › Billionaire News

John D. Rockefeller is the richest American who ever lived. At the time of his death in 1937, Rockefeller was worth the equivalent of $340 billion in today's dollars. His company, Standard Oil, dominated American oil production and was eventually broken up by the U.S. government for being a monopoly. Standard Oil was broken into smaller companies that you probably recognize today: Amoco, Chevron, and ExxonMobil. Rockefeller was the first American to ever make $1 billion.

Rockefeller's billionaire lifestyle more than a century ago wasn't so different than today's billionaires. He liked fast cars. Of course, the cars of more than a century ago were not fast by today's standards. He was against labor unions and pro-monopoly. He was also a bible thumper and against a government safety net. Whether you agree with his views or not, you cannot deny that by any measurement he was a success with a vast fortune. In fact, there were 14 tenets that Rockefeller lived by in business. Ten of them continue to ring very true today, nearly 100 years after his death. 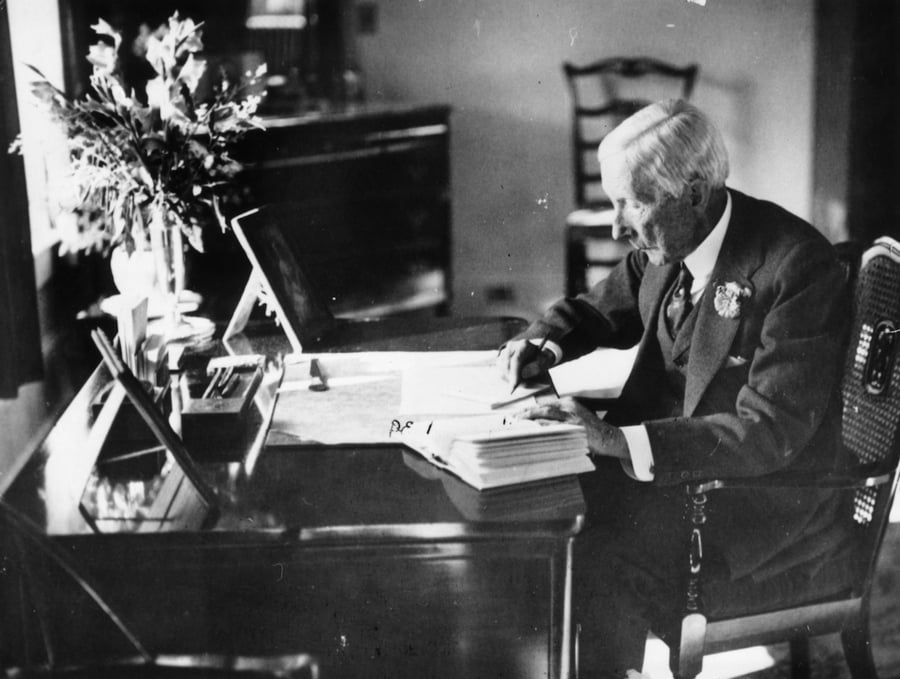 #2. Don't be afraid to give up the good to go for the great.

#3. Don't blame the marketing department. The buck stops with the chief executive.

#4. Good leadership consists of showing average people how to do the work of superior people.

#5. I believe in the dignity of labor, whether with head or hand; that the world owes no man a living but that it owes every man an opportunity to make a living.

#6. If you want to succeed you should strike out on new paths, rather than travel the worn paths of accepted success.

#7. If your only goal is to become rich, you will never achieve it.

#8. Singleness of purpose is one of the chief essentials for success in life, no matter what may be one's aim.

#9. There is no other quality so essential to success of any kind as the quality of perseverance.

#10. Thrift is essential to well-ordered living