Adam Neumann And His Wife Rebekah Paltrow Neumann Pledged $1 Billion To Charity – How Much Is That Worth Today?

By Amy Lamare on October 20, 2019 in Articles › Billionaire News

We've got a lot to unpack here folks, so buckle in and sit tight. There's been a lot going on with WeWork founder Adam Neumann, the company he founded, the way he runs it, and the role his wife plays in it. We also were thinking back to that time when WeWork's valuation was $47 billion – I mean, it wasn't all that long ago. Back then, Adam Neumann and Rebekah Paltrow Neumann (yes, that Paltrow family) pledged to donate $1 billion to charity during their lifetimes. A noble goal. Except, WeWork is worth considerably less these days. We'll get to that in a moment. 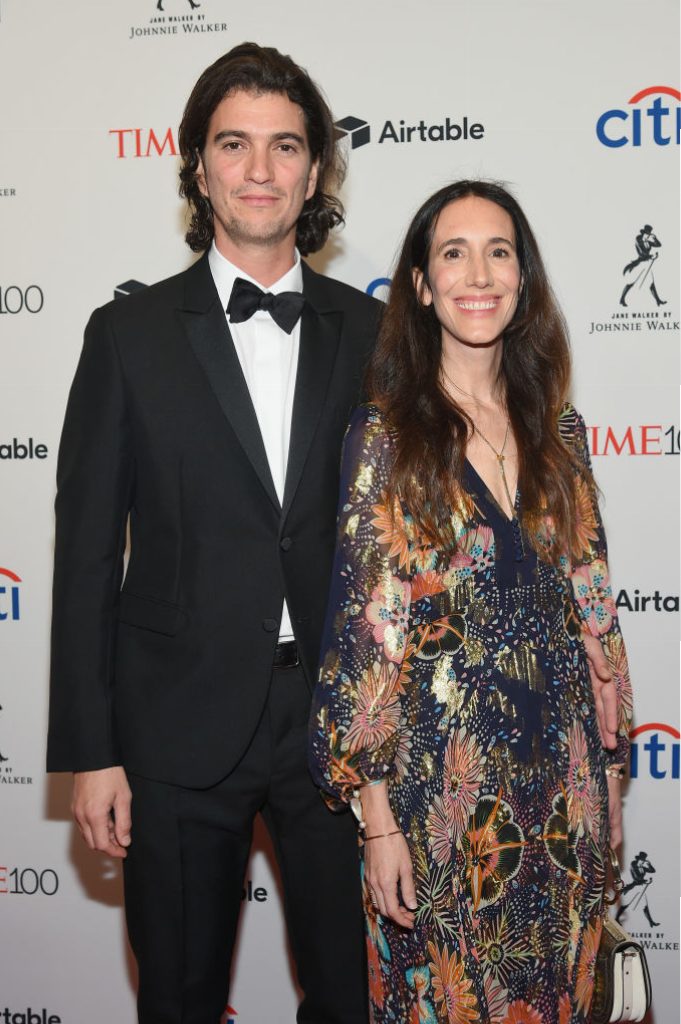 Rebekah was originally supposed to be Adam Neumann's successor if the occasion ever arose that a successor was necessary. The board vetoed that idea and fast. A document filed with the SEC on September 13 said:

The Wall Street Journal detailed the Neumann's management style, describing raging alcohol-fueled parties for their staff, firing 20% of employees per year to keep staff on their toes, and Adam's decision to ban meat from the WeWork offices despite the fact that he is not a vegan or vegetarian. One time in 2016, Neumann laid off 7% of the staff in a somber all hands on deck meeting about cutting costs. Moments later employees carried trays of tequila shots into the room and Darryl McDaniels of Run DMC played a set for the assembled staff.

Rebekah founded WeGrow schools, or rather, school, as there is only one, basically because she couldn't find (or possibly get accepted to) any school in Manhattan for her kids. During an interview with her cousin Gwyneth Paltrow on Goop's lifestyle blog, Rebekah said:

"My husband and I were touring many, many elementary schools on both the East and West coasts for our eldest daughter. We had a clear vision of the type of school we wanted her to attend – a place that would not only nurture growth in her mind but also her spirit, a place that had a real culture of kindness, where she would have a real connection to nature, and where her individual gifts, talents, and passions would be recognized and supported."

WeGrow has one location in New York City's Chelsea neighborhood and costs students $42,000 per year to attend.

In one instance, Rebekah reportedly had a number of employees fired on the spot because she didn't like their "energy." She reportedly heavily relies on the belief that she is spiritual and a yogi in her management style at the WeWork offices. At the same time, she's super anti-feminist. In 2018 at a WeWork Summer Camp she told the audience: "A big part of being a woman is to help men [like Adam] manifest their calling in life."

So as you can see, Rebekah Paltrow Neumann is an interesting character. Some might even call her entitled. Still, when it comes to the Neumann's charitable giving, the couple seemed to have their heads in the right place. They didn't join the Giving Pledge, but they did, as we mentioned earlier, pledge to donate $1 billion to charity in their lifetimes. Back when WeWork was valued at $47 billion, the couple earmarked 15% of his stake in the company to charity, as was revealed in the SEC filing. At the time he was worth $4.7 billion and expected to be worth $6 billion to $7 billion after WeWork's IPO.

Today, Neumann's 15% state is worth much, much, much less. On a good day, WeWork is worth $3 billion. The company burns through money at the astonishing rate of $233 million every month. At this rate, WeWork will be bankrupt sometime in the middle of 2020. Right now, Adam Neumann owns 18% of WeWork, which, at a $3 billion valuation is $540 million. Neumann's earmarked 15%, in this case, is $81 million. And that's only if WeWork remains solvent and has a $3 billion valuation.

As of this writing, the news is reporting that Goldman Sachs has divested itself from WeWork and assigned a valuation that is $80 million lower. The company's IPO was canceled last month after Adam Neumann stepped down as CEO and the new CEO made plans to lay off thousands, sell the company's private jet, and close WeGrow. Additionally, WeWork's credit rating has sunk to junk status and some analysts think the company could run out of cash as soon as the end of November.

Since Adam Neumann's net worth is pretty much all on paper and tied to the valuation of WeWork, perhaps he and his wife should dust off their resumes. Rebekah at least has something to fall back on – she's a certified yoga teacher and she used to be a stock trader at Salomon Smith Barney before she and Adam founded WeWork in 2010.